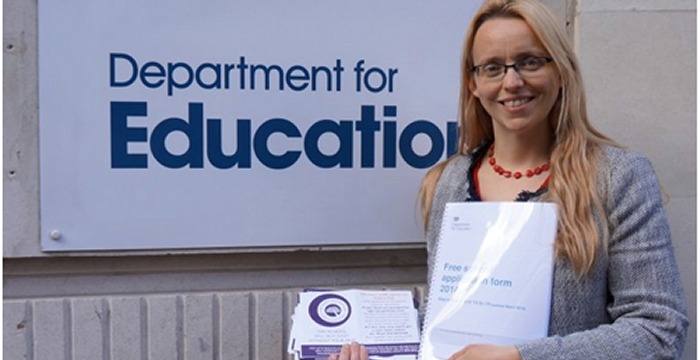 It’s fast becoming the most divisive issue in north-west Camden politics. Do we need more schools? What sort of schools? Where should they be? Who should run them?

Primary schools
It’s universally accepted that a new primary school is needed in our part of Camden. Under current legislation, a new school would have to be an academy – i.e., outside of local authority control. The only way round this is to expand an existing school.

Camden council, rightly proud of its primary schools, proposes to expand Kingsgate Primary School, which sits on the corner of Kingsgate Road and Messina Avenue. Kingsgate can’t expand on its existing site. Instead, the council wants to open a remote extension on what is now the Liddell Road industrial estate. We have covered this in some detail before. To fund the expansion, the council plans to allow a private residential development to occupy the rest of the site – controversially with next to no affordable housing, even though it intends to make a £9 million profit on the site (£3m from the housing + the £6m central government funding it has received since the first plans were put forward). It is not clear whether that £9m would be reinvested in West Hampstead, or be dispersed throughout the borough.

Secondary schools
It’s not universally accepted that we need another secondary school. In fact it’s almost impossible to get clarity on the statistics being bandied around by both sides.

Parents campaigning for a new school mix up statistics from different geographic areas: constituency, ward, borough, postcode, which makes it hard to decipher the true need. Here’s the free school page on numbers (including links to the data). Meanwhile, the council argues that its analysis shows that there will be sufficient school places in the borough until 2022/23, including the NW6 area.

The only stat that seems clear cut is that across Camden, eight children ended up without a secondary school place in the last round of allocations.

The group pushing for a free school – already named the West Hampstead International School – submitted its application to the Department for Education about 10 days ago. The application is now for a primary and secondary school, and parents are also eyeing up the Liddell Road site. With 1,600 students, it would be the largest school in Camden when full in 2022, so potential sites are not obvious. 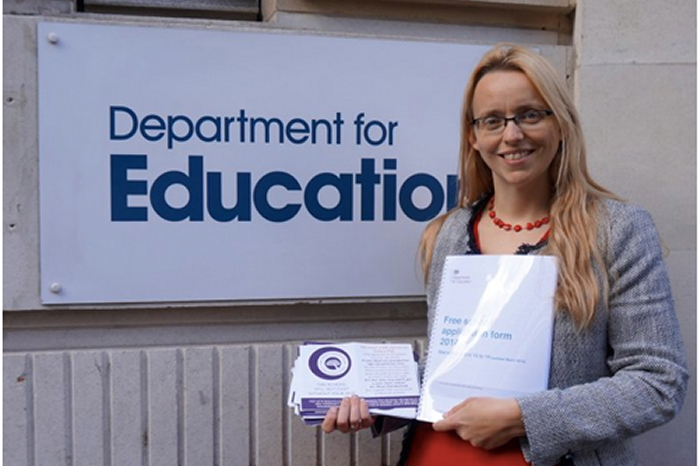 If the free school can’t secure the Liddell Road site, it’s not clear where else it could set up. The campaign website says only “Before securing a site we need to show the Department for Education there is sufficient demand so the school will be full when it opens. We are confident some of the brownfield land at the West Hampstead railway interchange can be secured for the school.”

There are almost no brownfield sites left that would be large enough – 156 West End Lane is large, but would be controversial for a school given the traffic situation on West End Lane. The O2 car park redevelopment would certainly have the size, but is a long way off. There’s likely to be more development of Blackburn Road, which could work but again, it’s not imminent and the school is hoping to take its first children in September 2015.

This issue of location has dogged proposed free schools locally. It’s been widely reported that some of these have had to tell parents who thought their child had a place that they don’t have a site and therefore parents should look at local authority options. The lack of sites is turning out to be a major problem and it’s hard to imagine that parents would have confidence in a school that has yet to secure classrooms but wants to open in 2015.

What do the parties have to say?
Labour opposes the idea of a new secondary school. It disputes the figures that suggest demand, and is pushing hard for the Kingsgate primary expansion on Liddell Road. It has by far the clearest position of the three main parties.

The Conservatives, said council candidate Andrew Parkinson at hustings, are “completely against Liddell Road as a site for a primary school”. In a more considered written response, he said, “Until we are satisfied that a full search for and assessment of other potential sites has been carried out, we will continue to oppose the choice of Liddell Road”.

The party has a manifesto commitment to supporting the free school but doesn’t seem to be throwing its weight behind the statistical analysis suggesting that a new school is needed, simply saying “Local people tell us that there are not enough local state school places for our children.”

Nor are the Tories willing to say where such a school would be located:

As for potential sites apart from Liddell Road, it would be inappropriate to name one site until a full assessment of suitability both for children and residents is carried out. However, the Travis Perkins building has been closed for three years and could potentially support either a primary or secondary school. Further, West Hampstead is to undergo significant change in the next few years as the railway lands (including sites at the O2 centre and Midland Crescent) are developed. The potential for a school to be included within these developments will also need to be fully considered.

Caught between the two seem to be the Liberal Democrats. They have argued against the expansion of Kingsgate to Liddell Road which, according to Cllr John Bryant at Monday night’s hustings, “for educational reasons, we think is wrong”. However, the party is not against Liddell Road being used as a primary school site, arguing that “we do not believe that the planned expansion of Kingsgate School is the right solution, and would prefer to proceed with either a totally new stand-alone primary school or consider the merits of a through school.”

In terms of supporting the free school, the Lib Dems say that they “support local campaigns for new schools, but would wish those schools to form part of the Camden family of schools”, which presumably means that they would come under some form of local authority control. This is broadly in line with national party policy on free schools, which boils down to “knock yourself out, but they’ve got to stick to the national curriculum and use qualified teachers”.

In a lengthy written response, the Lib Dems are keen to point out that they have supported the parents behind the free school campaign (although they acutally stop short of saying they support the proposed school itself), but that they also support Hampstead School as a “good local school.”

“We believe that a general review of suitable sites for both primary and secondary school provisions in the West Hampstead and Kilburn area is needed, looking at all possible sites in the area, including Liddell Road itself, but taking full advantage of central government funding to avoid unnecessarily pushing businesses off of the site and using private housing to fund a school there; the 156 West End Lane site and other future development sites including the O2 car park, although it is important to be aware that unlike the other two sites mentioned that is not of course owned by the London Borough of Camden.”

When asked how they would ensure school place provision should the free school application fail, the Lib Dems’ response is

“We would say that the expansion of Emmanuel School and the building of the UCL Academy in Swiss Cottage have already gone a considerable way to addressing the shortage of both primary and secondary places in the area.” They continue “Should the WHIS application fail on technical grounds, we would encourage this parents’ group to continue in their efforts to provide further secondary school places in our area, possibly looking outside the precise geographical area of West Hampstead and Fortune Green.”

For the Greens, Leila Mars said at the hustings that the party supports free schools. This is in fact, not Green Party policy. The policy is to bring existing free schools back under local authority control.

UKIP‘s Magnus Nielsen didn’t have anything specifically to say on this issue at hustings, other than to recognise that primary education is very important. This was possibly the least controversial thing he said all evening.