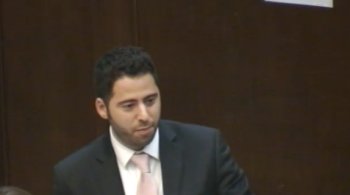 At Camden council’s full council meeting yesterday, Phil Rosenberg, newly elected Labour councillor for West Hampstead, used the open session section of the meeting to share some of the feedback so far on the Liddell Road scheme.

He mentioned the height and the lack of affordable housing and mused – somewhat tentatively – that maybe these issues could be looked at again. However, as this was not a Q&A session no-one from the Camden cabinet was obliged to respond and one suspects that a far more robust argument will need to be put forward by councillors and locals if they really want to see some change to the plans as they stand.

There is another drop-in event tomorrow (Wednesday July 16th) at the library from 5pm-8pm where you can find out more about the plans, but the real fireworks should be at the public meeting on the 22nd.