After two and half years work, the Fortune Green & West Hampstead Neighbourhood Development Forum has produced the final draft of the Neighbourhood Plan for our area – which has been formally submitted to Camden Council.

The Plan is based on extensive consultation, engagement and research – as well as the previous seven drafts of the Plan drawn up before this version.

The final document has been amended to reflect the comments submitted during the consultation period on the “pre-submission (7th) draft” during January and February, help from Camden Council planning officers and advice from independent planning consultants.

The Neighbourhood Plan – and supporting documents – can be seen in full on our website: www.ndpwesthampstead.org.uk

The Plan covers the two Camden Council wards of Fortune Green and West Hampstead (see Map 1 in the Plan). The main focus of the Plan is set out in the Vision and Objectives (see page 10). The objectives cover six areas: housing, design & character, transport, public & community facilities, economy, and natural environment.

The Plan contains 18 policies (in blue boxes) on a range of issues from housing to business, from cycling to trees. If the Plan is adopted, these policies will be used in deciding planning applications in area – so could have a direct impact on your street, as well as the wider area.

The NDF will keep people posted as to how things progress over the coming months:

We’re also looking for people who can help with the referendum campaign – if you’re interested, please let us know.

Finally – a big thank you to everyone who’s played a part in helping the NDF and the Plan reach this important stage. 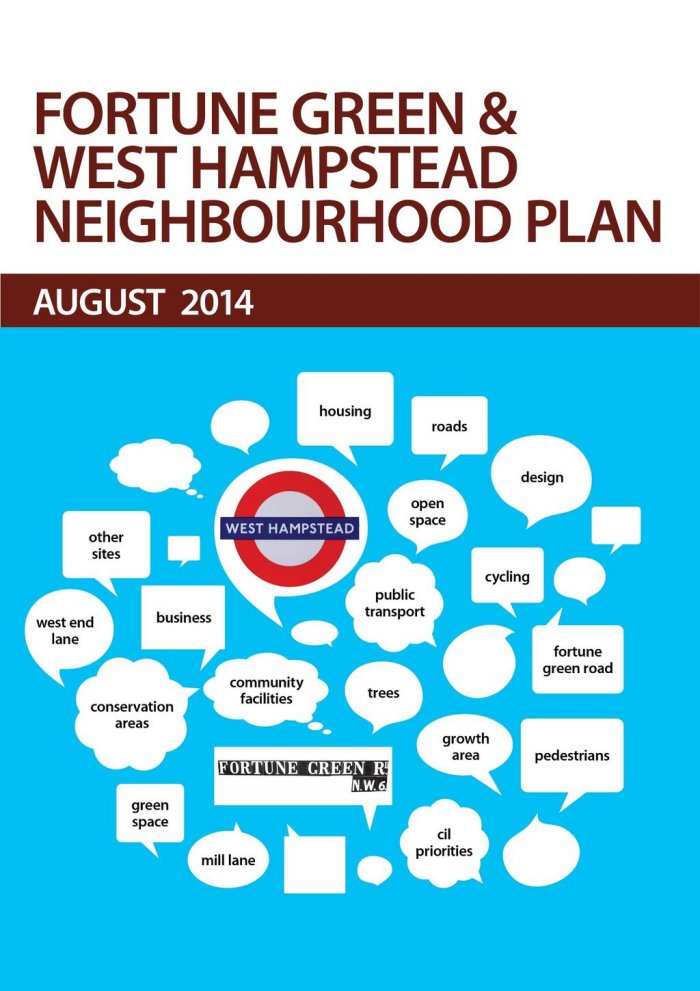