Camden came out fighting over the Liddell Road controversy, with a letter in the CNJ, a newsletter, and a lengthy blogpost by finance chief Theo Blackwell.

There was a major police incident on Mill Lane on Tuesday evening although quite what triggered it remains unclear.

We woke up to snow on Tuesday. Even if you didn’t draw back your curtains, Twitter and Instagram were there to save you getting out of bed! 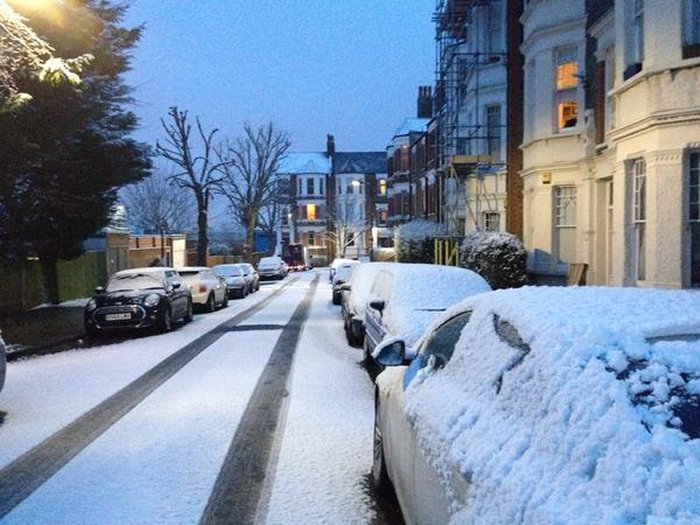 lots of snow on Gondar gardens this morning via James Hodder

This month’s Property of the Month is a 3-bed flat on West End Lane.

The first whampsocial of the year was a big hit with a great turnout. The next one is February 26th.

What’s hot on the Forum
More than 1,400 people have viewed the most popular discussion thread on the Forum and there are 35 threads going. Start your own or join in. The top topics this week were:

UCL academics came to St Augustine’s School in Kilburn to find out how students there would choose to represent their sense of the neighbourhood.

In restaurant news… The Petite Corée, which continues to get great feedback, is offering 30% off all month, while One Sixty is now on Deliveroo so you can eat smoked ribs in the comfort of your own home!

One of the world’s greatest magicians once lived on Belsize Road. We delved into the world of David Devant.

Nina Conti tops our Culture Hub recommendations for the week. See what else made the grade.

If you thought naming the new South Kilburn apartments Kilburn Wells was some marketing hype, this 1806 map will make you think again.

Time Out published a list of London’s mythical street names, yet inexplicably missed out all of the Greek Streets in West Hampstead!

Gentleman of Ingram road @WHampstead my daughter wishes to know why you dont close the blind if you are shaving naked?