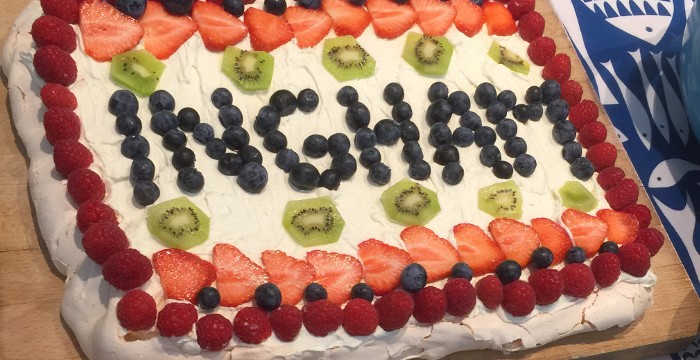 It was national Big Lunch weekend recently, and there were a number held in upper West Hampstead (aka Fortune Green): Ravenshaw Street, Gondar Gardens, Ingham Road and Achilles Road. How did they turn out? 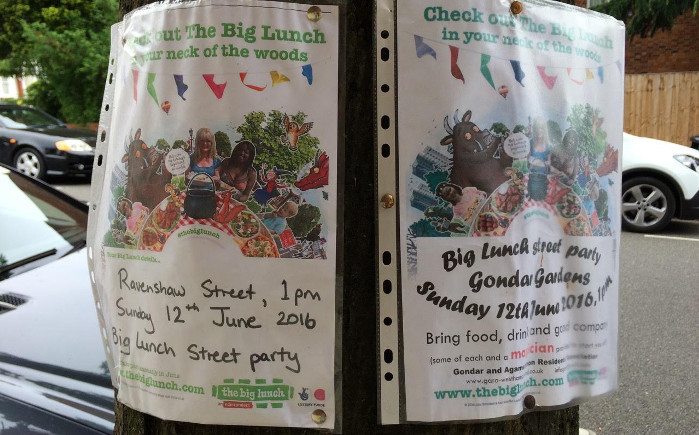 Ingham resident Susie Steiner, reported that “the great British weather wasn’t being very co-operative, especially early on, so the Ingham Road Big Lunch, scheduled for Fortune Green, turned out to be a wet lunch and Ingham Road residents repaired indoors for their get together. There was a brilliant turn-out, nevertheless, lots of food, toddlers and free-flowing fizz. Much credit to the organisational skills of Hannah Borthwick, who provided the Ingham pavlova”. 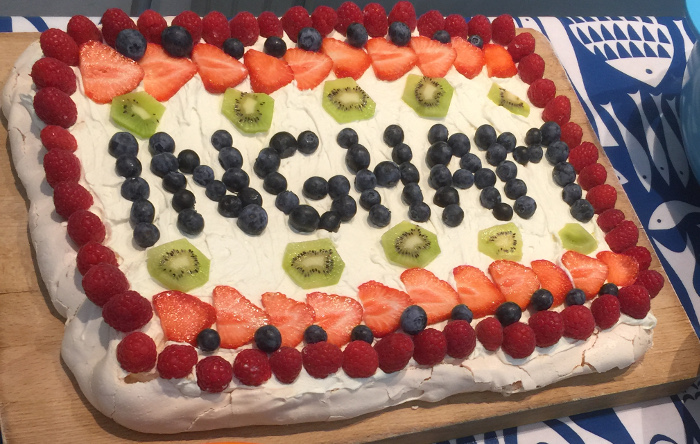 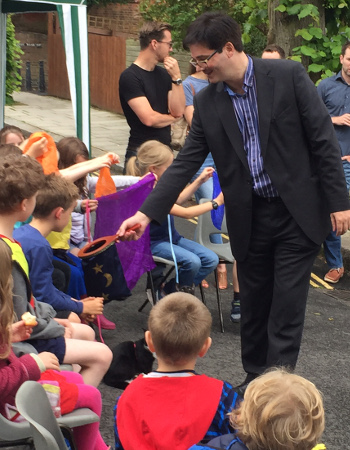 Starting slightly later, Gondar and Agamemnon Residents Association avoided the early rain and were able to stay outdoors. What kept them so well entertained on an overcast but fortunately dry Sunday afternoon in June?

“Aside from the usual Big Lunch necessities (home-cooked food brought to share, the opportunity to play football, cricket and mini-tennis in the middle of the road), the rabbit that GARA pulled out of the hat was… Tom the spellbinding magician who wowed children of all ages with his wonderful tricks” said Chair of GARA, David Yass.

Down at Ravenshaw Street “it was a great success despite the rain!” said organiser Georgina Thorburn, “we probably had 60-100 people coming and going throughout the afternoon. We also had a West Hampstead fire service bring one of their engines for the kids to view, mounted police offices (on horses) and an ice cream truck. There was also free face painting, arts and crafts for the kids and a raffle, which raised over £100 for Great Ormond Street hospital”.

Over in Achilles Road there were a whole host of activities over the day; “We had a fire engine and police horse visits, a Strike Pads demo, Zumba class, table tennis, kids’ doughnut-on-a-string eating challenge, face painting, bouncy slide, water balloon and spoon race (OK that one didn’t work too well!) but the subsequent water balloon fight was fun”, according to organiser Cecilia Yee. 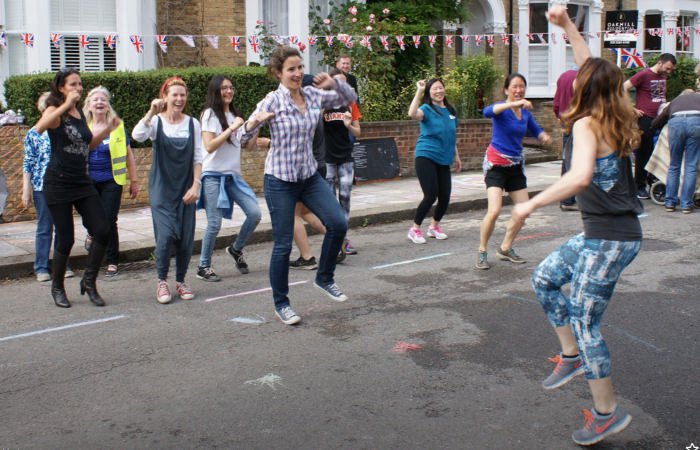 Something that united them all was the delicious food that people brought to share. Nothing like a street party to bring out the great British Baker in all of us. Although, Gino’s Tiramisu on Achilles Road, took the biscuit so to speak, but as it would take a Zumba class to work off the calories, it was fortunate that Achilles Road had organised one. 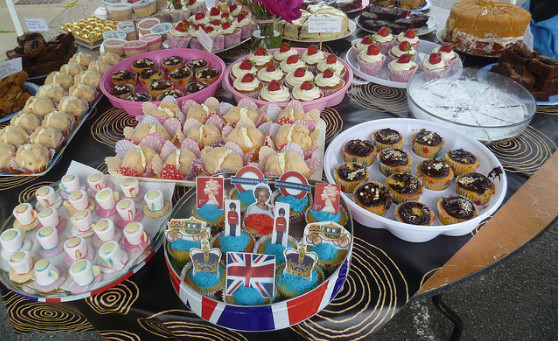 Final word to Janet Pedder, who helped organise the event on Achilles Road, but which applies to all of them. “It was just so fabulous to have the road free of cars and for the kids to be able to run, scoot and cycle the length of it with no fear or safety concerns. And we all met neighbours who we hadn’t made contact with before. It was such a happy and relaxed atmosphere”.