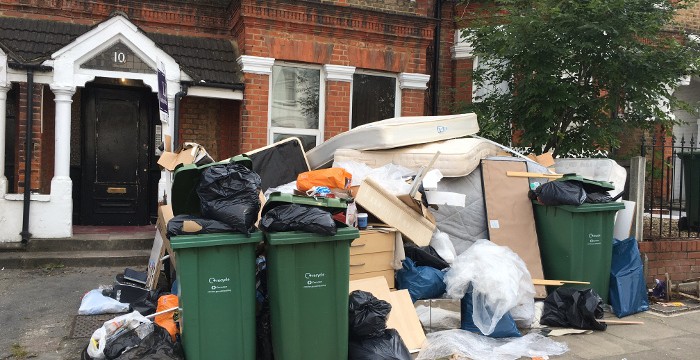 It’s the middle of the summer holidays and Camden Council has announced (controversial) changes to waste collection. It’s yet another change after several over the past few years (e.g. switching from multi-stream to single stream recycling). But despite all these changes recent performance in terms of recycling has been poor. 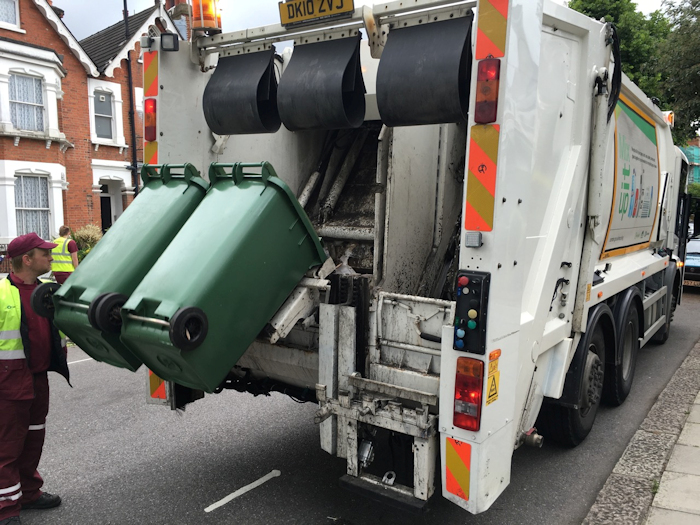 Changes to waste collection and recycling?

Camden ranks 333rd out of 352 councils across the country and 25th out of 32 among London councils for recycling. The councils at the top recycle 65% or more of their waste and even in London the best manage more than 40% (Ealing: 40.1%, Harrow: 45% and Bexley with an impressive 54%). At least Camden is doing better than Newham and Lewisham, both on 17%.

To up recycling rates – and to save money – Camden is proposing that ‘some households’ will switch to fortnightly rubbish collections of ‘residual’ waste. It is yet to specify which households this will affect, though it is understood that the south of the borough will still have weekly collections. Houses that have the space will be given a black wheelie bin and those that don’t will be given branded sacks. The Council will maintain weekly collections of food waste and dry recyclables across the borough. The theory is that this will encourage more recycling.

For those locals with gardens, Camden is introducing a charge (or tax as the local Tories have labelled it) for collecting garden waste: £60 for a nine-month ‘service’ and £75 for a 12-month ‘service’. It seems odd to discriminate against green waste; people are doing the right thing, flats and houses with gardens could well be in higher council tax bands already, and charging to dispose of green waste is likely to lead to more people simply disposing of the waste in the black bags (this will apparently be penalised, but it’s hard to see how). It could even lead to more gardens being paved over – not exactly part of the Green agenda.

Residents can take garden waste free of charge to Regis Road in Kentish Town or Hornsey Street (in Islington) but neither are local to West Hampstead and more car journeys is hardly environmentally friendly either. 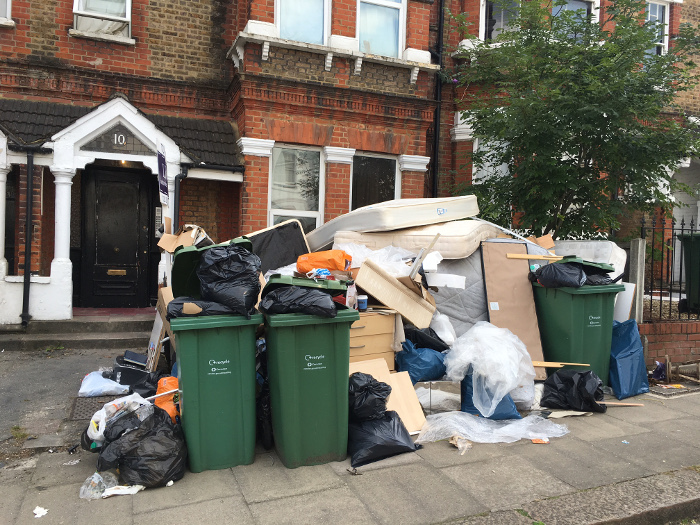 Fortnightly collection of residual waste – a glimpse of the future

Moving to fortnightly collections of general waste could lead to more fly-tipping – it’s certainly unlikely to lead to less. Fly-tipping and the poor state of our streets is already a serious problem in West Hampstead and was the number one issue raised in research for the NDP. There is a petition about the changes, but it has only had a few people sign it so far.

As the recent improvements to rubbish collection on West End Lane have shown, some parts of Camden Council are making progress and are effective at keeping the area cleaner. But if the challenge is to raise recycling levels and make Camden a greener, cleaner borough, it’s hard to see how these changes will achieve that.