A fortnight ago WHL asked, How can you help lighten the Black Path?, ending with an invitation to come and help start sorting it out. Those of you who use the Black Path will have seen the difference, for the rest of you, here’s what happened next.

A group of West Hampstead residents, fed up with having to duck under overgrown foliage every time they used the Black Path, turned out on Bank Holiday Monday with secateurs, shears and loppers in hand to tackle the problem. They started at the worst section, a proliferation of ivy towards the Thameslink station. After two hours of hard labour we turned this: 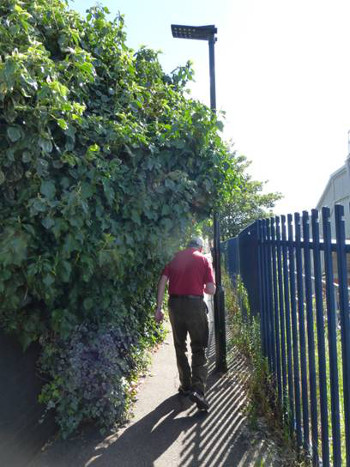 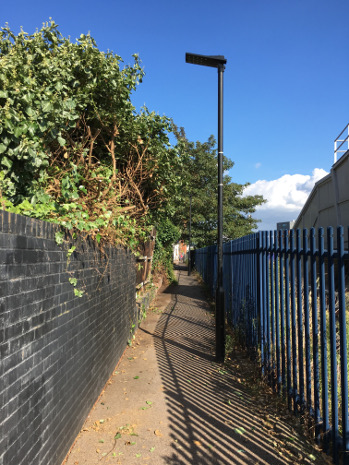 Aside from the satisfaction of sorting out a local problem, highlighting the issue has generated other benefits. Former councillor John Bryant got in touch to say that the path is in fact the joint responsibility of Camden Council and Network Rail, and that they tackled the issue a few years ago. It seems that the institutional memory had been lost. Someone from Network Rail also got in contact to offer help reaching the right person. 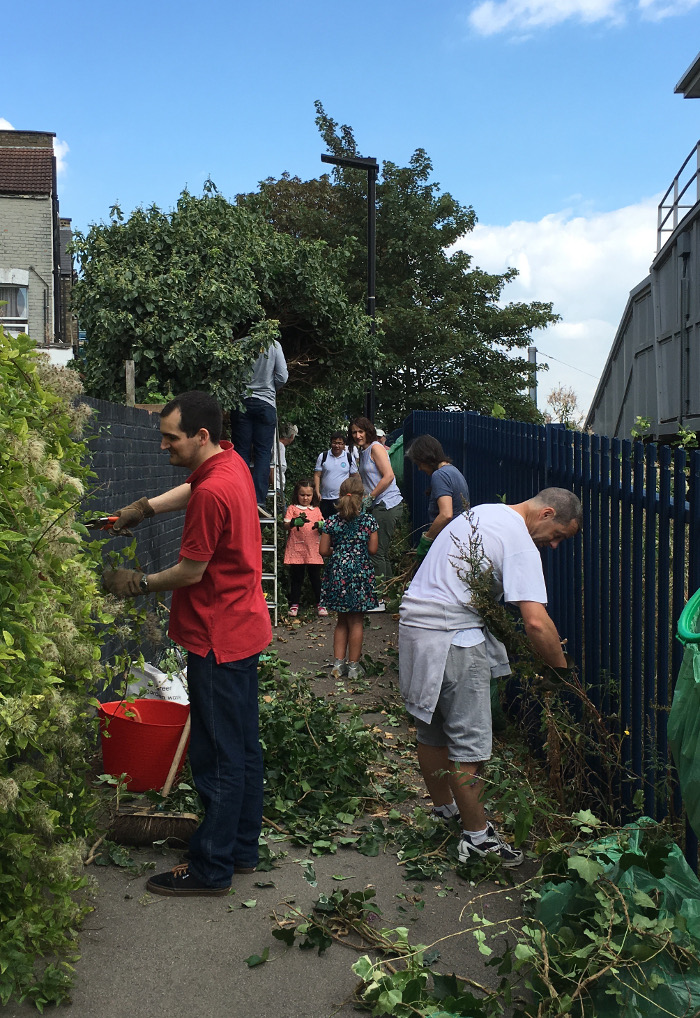 While we were working, many passers-by were delighted this was being sorted out, and in fact most helped too. Each was asked if they wouldn’t mind carrying a bag (or two) of green waste to the collection point at the Bloomsleigh Street end. They did, and by the end there was 43 bags of the stuff! 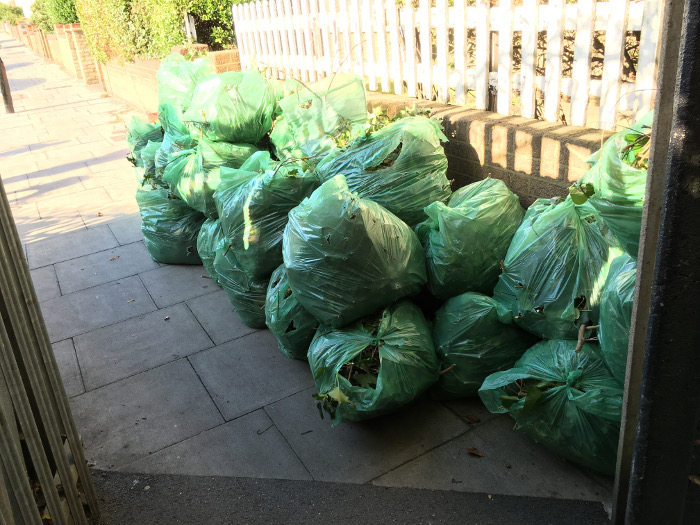 There is still more to be done, so a second sessions is planned for September to tackledthose overhanging shrubs. If you want to join us please email .