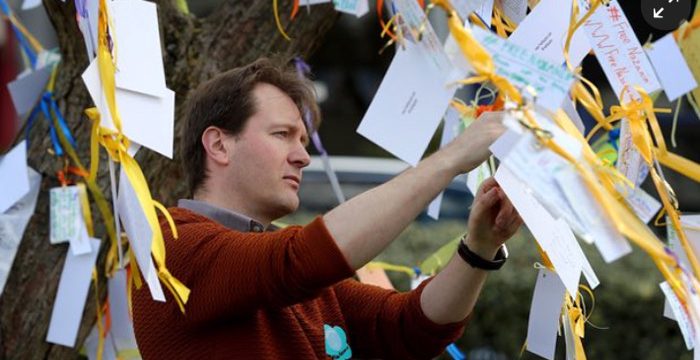 Sunday saw ribbons and messages being tied to a tree on Fortune Green, to mark a year since Nazanin Zaghari-Ratcliffe was first arrested in Tehran. It was a moving event with local support and a big press turnout.

Tulip has been trying her best to support Nazanin, but couldn’t make it on Sunday. Still, we had a chat with her about her life as an MP, partisan politics and being a busy working mother.

And sticking to the politics theme, could Donald Trump have ended up a #whamper?

The new recycling regime started this Saturday, 1 April. It’s probably too late for the petition stage as it is happening but who will end up looking foolish? It doesn’t seem popular and with West Hampstead being ’true marginal’ territory, will it contribute to Labour losing control of the council? 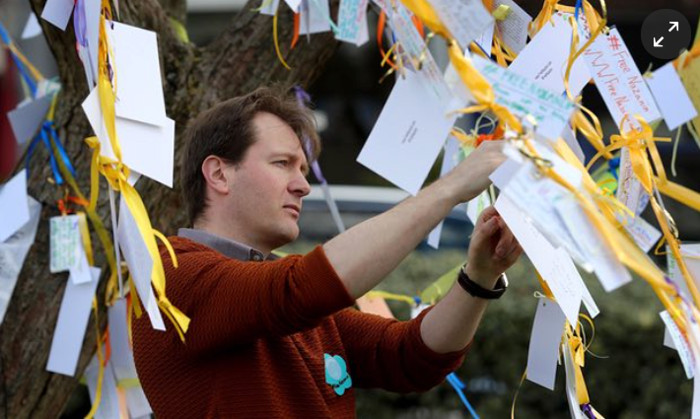 Richard Ratcliffe adding another card for his wife to the tree on Fortune Green. Photograph: Gareth Fuller PA

Whose clock is it anyway? We told you last week that West Hampstead Square was getting a clock and tower. But what should it say in the middle? Don’t hold your breath that Ballymore will take this on board.

This weekend the new bus routes for the 82/13 and 139 started. One local tried the new 13 bus, but then found it rather hot. And the 139 no longer ends here, but now in Golders Green.

One swallow does not make a Summer, but what about two? Two new restaurants have opened up on the Kilburn High Road.

The previously charming but rather quiet Sir Colin Campbell, has been taken over by three young guys (it’s their third pub). They were casting round for what to do for food when a young Irish chef, Ruairidh Summers (pronounced Rory and is ex-St. Johns) was looking to open his own restaurant. “Summers” opens properly this Friday.

Also opening is Quartieri. The main branch is Pizzeria Trianon Vomero and hails from Naples no less.

But just in case you were worried that was too much gentification for Kilburn, armed police were out on the KHR this week … called for what turned out to be a false alarm on a kidnapping.

And staying on the KHR, Brent side, Labour Councillor John Duffy was deselected even thought (or because?) he had called the council to account on its waste contract. He was replaced by a Corbynista.

Camden are reintroducing play streets across the borough, including West Hampstead’s Asmara Road.

Artist Suzie Malin, whose studio was next to the new Emmanuel School is trying to recover her paintings stolen from her Maida Vale studio. She is offering a £10,000 reward and someone has contacted her, but recovery is not simple.

Oooh, talking of local events, we hear that FoWHL has a good one lined up for the Autumn. 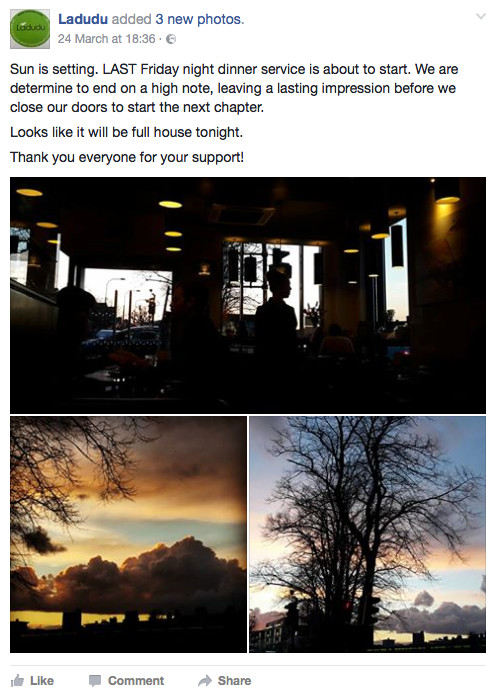