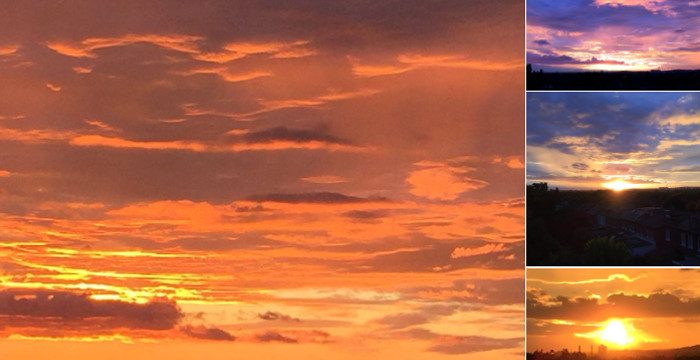 A former lettings agent was sentenced to 30 months for theft from several properties including some in West Hampstead. He continue to posed as one to borrow keys from other firms.

The spate of mobile phones and bags snatching continues in the area.

There will be an area forum on the 19th focusing on this ongoing problem.

We popped into Curled Leaf on Mill Lane to get an insight. It’s a good vegetarian option for the area run by Luli and Alketa, she is also an artist, who has just done a TED talk. 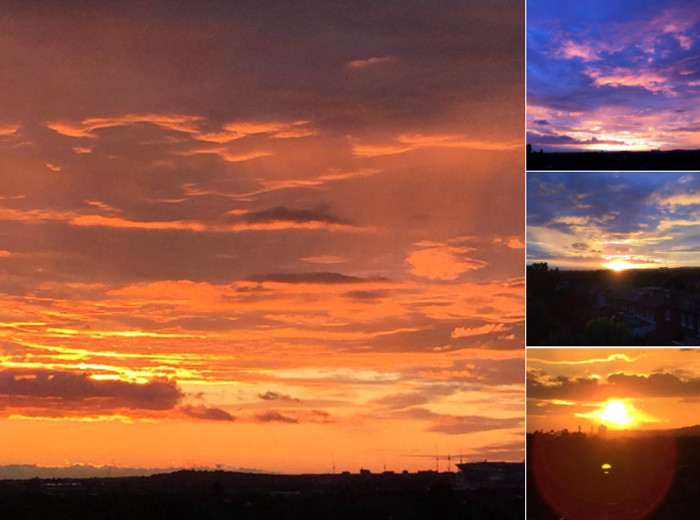 Glorious West Hampstead sunset this evening as seen by @MarkSpivey

Save West End Lane 1. There have been four different planning applications to install phone boxes up and down the narrow pavements of West End Lane; on the incredibly busy pavements outside West Hampstead Square, at the junction of Iverson Road and West End Lane, in front of Waitrose and up by West End Green. They seem primarily a vehicle for advertising. No thanks. Local organisations WHAT and the NDF strongly object.

Save West End Lane 2. The Kebab shop opposite the overground has changed hands and installed a garish sign. It hasn’t got planning permission and the Council are taking enforcement action.

What is it about Mill Lane? As well as the Insight with Curled Leaf, we also popped into the Alliance – to meet Hélène Clément who works behind the bar. She has just published her first book. London book launch next week in South Ken. Oh la la.

Staying on Mill Lane we also talked to Lora Verner an artist and photographer who took up art again at the nearby West Hampstead Community Centre. Earlier in her career she had taken photos of Biba, which are now in the V&A. (The photos are in the article, worth a look)

Following the architect of the Alexandra and Ainsworth Estate winning the RIBA gold medal there was this analysis. If you care about housing in London, or just housing it’s worth a read.

There will be fewer C11s ‘to match demand’.

It was the Tory Party conference where the Camden Tories pondered their fate in face of the onslaught of Labour in London.

The planning committee approved redevelopment of Holy Trinity Church on the Finchley Road to be replaced by the Lighthouse. If they can raise £11m to build it that is.

La Brioche closed for good. Roger and the team will be missed.

Are you confused by the checkout queues at Waitrose…? It seems many are.

It was Bookshop day this week, so someone paid a visit to West End Lane Books…

To celebrate #BookshopDay I went to @WELBooks to buy a copy of my autobiography LITTLE ME… pic.twitter.com/wxwALrwope