It’s been a year since the redevelopment of the Overground station started in earnest and it’s taking a while. Inevitable, as TfL chose (wisely) to keep the station open during the works, even though that also means higher cost.

Before… and after. Image: TfL

For those of us using the station, it’s been impossible to miss the arrival of the new footbridge. This was installed just before Christmas and is expected to open in March 2018, three months behind the original schedule. 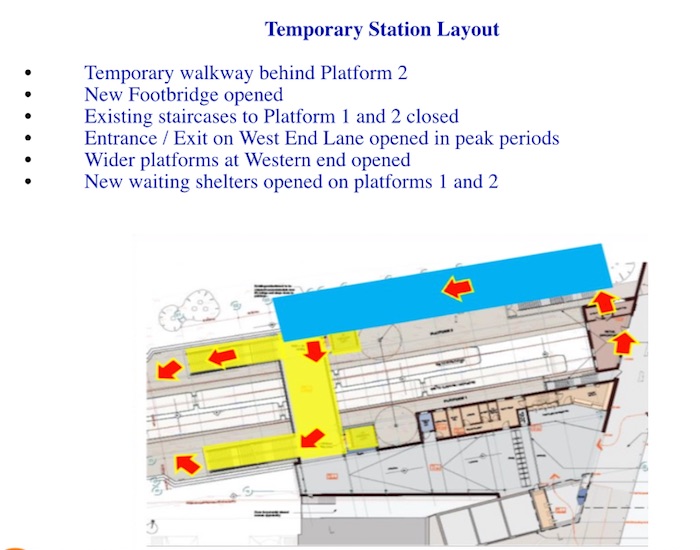 Since the station is remaining open during construction, TfL will install a temporary walkway behind platform 2, and a new temporary station layout. By Easter, we should also see the wider platforms and the new waiting shelters too. But the really exciting news is that the elevators are scheduled to be operating by September. Woo-hoo, step-free access.

The new station building (adjoining West Hampstead Square) is scheduled to open in December 2018, with some landscaping to do after that.  Finally, the old station will be knocked down and new retail space constructed but with the frontage set back to widen the pavement (hurrah).