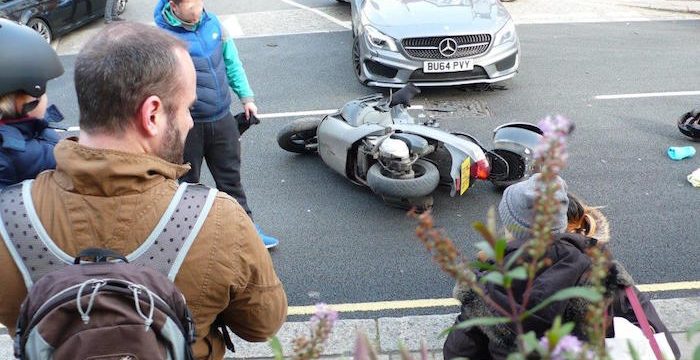 There are more details of the scammer we warned about last week, including her photo which has now been released by the police. She struck again on Walm Lane this weekend.

The chemist by West End Green had eight tins of baby formula stolen this week – the suspect had stolen four tins the previous week and came back again, but this time the shelves were empty. Other chemists and Waitrose are having the same problem.

We ate at the Clock Cafe. Did it strike a chord? 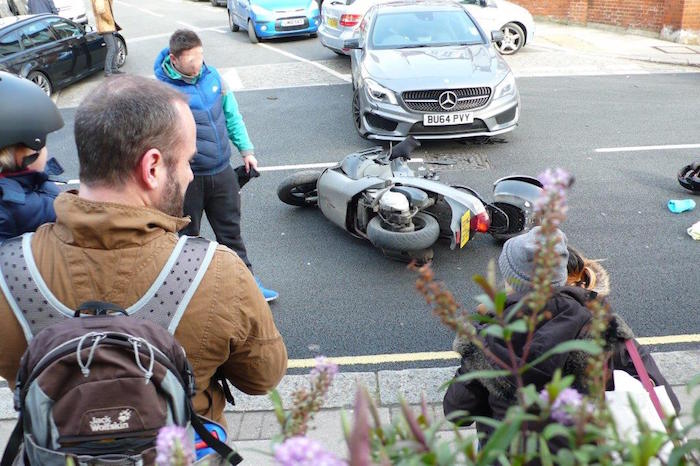 Another accident on Mill Lane, time for some traffic calming? Pic: Russ Denton

There was the sound of gunfire in Kilburn on Thursday night.

On Sunday morning a 28-year-old man and a 43-year-old woman were arrested in Kilburn as suspects for a murder of a 55-year-old woman in Fellows Road, Belsize Park on Friday.

There was a warning about cars being broken into on Gascony Avenue, Smyrna Road and Westbere Road. Follow the usual advice – don’t leave anything of value visible.

This week we met local engineer Roma Agrawal who published her debut book. She is passionate at explaining the wonder of engineering, and gave a good restaurant tip, in our latest insight.

It’s been 100 years since some women got the vote. What were they doing in our area?

And still fighting for women’s rights 100 years later, local artist (and owner of Curled Leaf) Alketa Xhafa-Mripa is installing her piece ‘Thinking of you’ in Kings Cross on March 8th. It involves hundreds of women’s dresses and if you want to donate you can drop one off at the Curled Leaf, or any Lush store by March 1st.

A masseur based in West Hampstead was in court accused of assaulting three clients.

Tory council candidate Maria Higson has switched from West Hampstead to Hampstead, following Hamish Hunter pulling out as a candidate for Hampstead.

It’s the Friends of West Hampstead Library’s AGM this week on the 15th. ‘Past Tense, Future Perfect?’
And to get in the mood this is the latest post from their writer in residence. It’s a nice read.

And talking of literary matters, our friends at West End Lane Books have requested planning permission for an extension.

Tues 13th Nick Coleman on ‘Voices, How A Great Singer Can Change Your Life’ at WEL Books

We thought this (below) was really clever.