You are here: Home / News / Hampstead 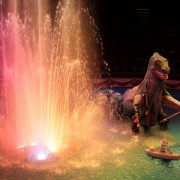 If you’ve been to Camden Arts Centre over the past few weeks then you’ll have seen the rather amazing T-Rex/Godzilla sculpture by Serena Korda. If you’ve looked more closely you’ll have spotted a couple of harnesses inside it – yes, it’s designed to move!

This Saturday, the 9ft-tall latex beast will embark on a procession from the Arts Centre on the corner of Arkwright Road and Finchley Road up to Hampstead Heath where the performance will culminate with a re-enactment of The Battle of the River Plate in Whitestone Pond, where the monster will be waiting. This one took a while to get council approval but it promise to be one of the local events of the spring.

The excitement kicks off at 3pm at the Arts Centre and they’d like you to let them know if you plan to participate.

This week, The Times ran an article in its property section looking at West Hampstead. The full article is behind the Times paywall, but I thought I’d share a couple of the highlights.

“West Hampstead is more under-the-radar than Hampstead proper, with a high street that is less pretty, but blessedly free of tourists and day-trippers.”

“The Kilburn side of town is slightly better value — four-bedroom terrace houses start at about £1.2 million… Prices rise closer to Hampstead and homes also get larger: you will pay up to £2.5 million for a detached villa. Two-bedroom flats start at about £450,000…. While property is not exactly budget… it is on average 15 per cent cheaper than Hampstead. “West Hampstead has become an area of choice and not a poor relation,” he [Bambos Haralambous, the sales director at Goldschmidt & Howland] says.”

I think it’s been “an area of choice” for a while now!

“How is the nightlife? Not a lot going on beyond closing time, however, Camden Town is handy if you don’t want to head into Central London.”

Clearly no-one mentioned Lately’s or the Lower Ground Bar to the journalist, and what about heading to Kilburn rather than Camden Town? Hmm?

“Is there any green space? The jewel in the crown of Hampstead proper is the heath. West Hampstead cannot compete, but it does have some open spaces, including Broadhurst Copse, a small park and playground, the Iverson Road Open Space, a hard-surface sports area with football and basketball facilities, and the Maygrove Peace Park.”

“Upsides: A less touristy and some say “cooler” version of Hampstead, and it’s cheaper.
Downsides: Property rarely comes with off-street parking, and finding a space is a scrum.” 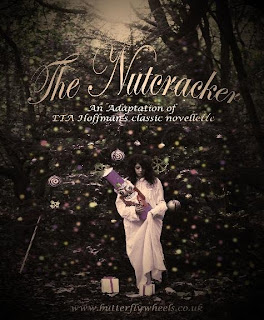