What has happened in NW6 while Ken was winning Labour’s mayoral nomination and Delhi tried to keep the Commonwealth Games on track?

Kicking off in Kilburn
Much midweek hullabaloo at the announcement of a new bar in Kilburn. Friday’s launch party for The Betsy Smith launch party saw many #whampers in attendance. Some of the cocktails are a little unusual.
On the other side of the road, retailer Peacock is set to open on Tuesday.
The Kilburn Times website gets its makeover.

The (ahem) rise and fall of West End Lane shops
Two interesting West Hampstead charity shop offerings this week. West Hampstead Life cannot be held responsible for the consequences of buying both together: 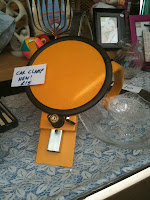 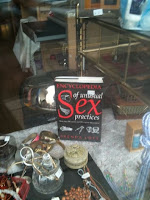 A little more highbrow
Hampstead Theatre has joined Facebook.
On Wednesday, there’s a heady mix of psychoanalysis and cabaret (sadly now sold out) at the Freud Museum.
The Hampstead & Highgate Festival is happening right now

What have I missed since September 11th? The Betsy Smith, Kilburn – Opening night