Midsummer was a hit at Edinburgh. It is actually set in Edinburgh at midsummer and is simply a story of boy meets girl, or rather girl meets boy. The girl is a divorce lawyer, the boy a petty criminal. Over the course of the play they let us look into their lives as 35 year-olds. They don’t especially like what they see, but we love them. We cannot help but love them. 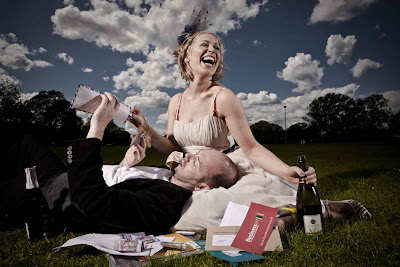 It is an astonishingly good play. David Greig’s script (he also directs) flows effortlessly and convincingly from appropriate dialogue to poetic musings. Attempts to do this jar in many modern scripts, but never once does it seem out of place here. The staging is great – there’s no interval, no set changes, and definitely no fourth wall. With just a bed and a few props, the cast of two work their magic. Yes, just a cast of two. At times they each morph into other characters – which sounds odd but works brilliantly. I can’t recall seeing a production that plays so smartly with the suspension of disbelief yet never once disengages you from the unfolding drama.
The two actors are faultless. Cora Bissett perhaps has the edge, but it’s really unfair to split them. Matthew Pidgeon turns “Robert… Rob… Bob… fuck” into a tragic hero on a par with the best. These two are a double act and utterly convincing. Over a drink after the play I tried hard to think of faults with this production and struggled to find one.
Throughout Midsummer there are musical interludes penned by Gordon McIntyre – it is after all “a play with songs”. These work rather well – rather like music in a TV drama, except here it’s the cast that sing and play guitar. Again, sounds a bit odd – works like a dream. Seems a bit Dennis Potter doesn’t it. Well, he was brilliant too.
I can’t recommend this highly enough. It is both hilariously funny, utterly engaging and incredibly moving as the characters come to terms with what they are doing with their lives. And it’s on our doorstep. Go and see it.
Midsummer runs until January 29th at the Tricycle Theatre.
There’s even a singles night on December 21st (midwinter, geddit)
Book here.
*Disclaimer: I received a free ticket courtesy of the theatre