With all the hullabaloo over the other development, my attention has been diverted from what’s happening at 163 Iverson Road – the site of the former garden centre, and right next to the new Thameslink station. 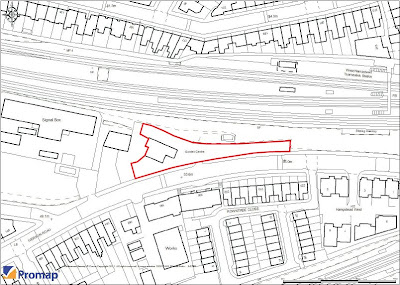 The plans are now in for 33 flats and 3 houses on the site. When the developers presented their initial proposals at the Camden Development Forum back in early November, there was considerable resistance to the scheme overall, to some of the details, and in particular to the dramatic “wing” roof. 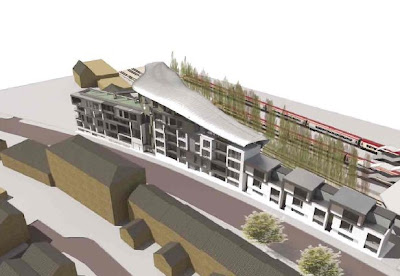 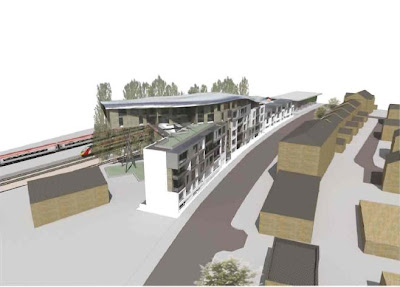 Correspondence from the council’s planning department suggests that planners were less reticent about the new look, and deemed it “exciting”. However, when the final plans were submitted in December, the roof design had been watered down. 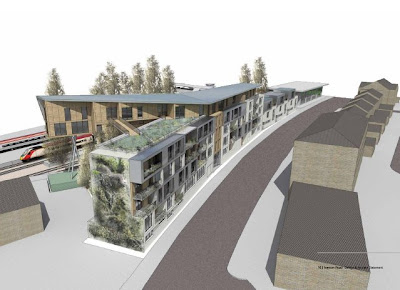 In fact, the developers have accommodated quite a lot of the issues raised both by Camden and by residents, including lowering the overall height. Obviously, those locals who objected to the whole concept are probably going to be disappointed.

The most interesting feature of the building is the southern elevation, where stilts have been used to create a dramatic railway view apartment.

To see all the documents, head to Camden’s planning database and enter 2012/0099/P in the Application number box, and then scroll down to find “View Related Documents”. I recommend looking at the various Design & Access Statements for a good overview, the Appendices document, and the Ecological survey from page 24 onwards. Also, who knew a bat survey would cost £4,000?

Consultation closes on February 17th, and you can e-mail them to .

187-199 West End Lane “non compliant” with London Plan What have I missed since January 30th?