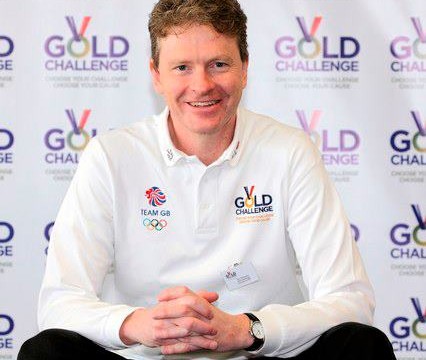 I get quite a lot of press releases these days, and most aren’t even opened let alone read. But this one caught my eye. Because it’s about a man who’s clearly a bit mad. And also brilliant. And he’s doing one of his mad brilliant things in the Swiss Cottage pool this Friday starting at 2pm and you can, nay should, go along and cheer him on. 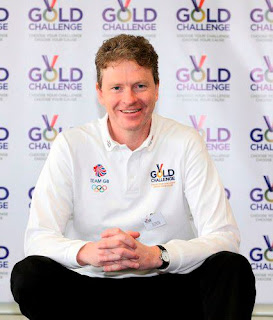 Just think about that for a second. Every single Olympic and Paralympic event. There are 114 of them by his reckoning. This is his Gold Challenge.

Tomorrow he’s going to swim. If you add up all the swimming competitions (no, he doesn’t do 100m for men and 100m for women, just the one 100m) then it’s the equivalent of 182 lengths of the pool. Or 4.5km. It is quite a lot. 18 of those lengths have to use the butterfly, which he’s yet to master.

Dan started his challenge in 2010 and has completed 84 events and aims to finish the remaining 30 before the closing ceremony of the Olympic Games. Dan has already competed in an overwhelming range of sports from synchronised swimming to pole vault, wheelchair rugby to high diving and boccia to rhythmic gymnastics. A genuine fear of horses meant that it took two sessions before he even got on a horse and a further six before be able to tackle a small jump and learning to high dive as a 6’4″ 51-year-old vertigo sufferer took a very patient coach, namely former world diving champion Chris Snode.

He has spent well over 1,000 hours on his challenge in all weather conditions and including training will travel over 1 million metres including having run 77,505 metres, cycled over 228,000 and walked over 70,000. As the challenge has progressed he has received help & coaching from Olympians and GB coaches as well as completed some sports at Olympic venues.