It was flattering to be asked by The Guardian to write an article for its travel website about my “perfect day out” in north-west London. This forms part of a series of similar pieces written by other London writers and bloggers.

It was an interesting exercise thinking about the highlights of our part of London. I tried to avoid some of the most obvious attractions and was pleased to be able to plug my personal Hampstead highlight: 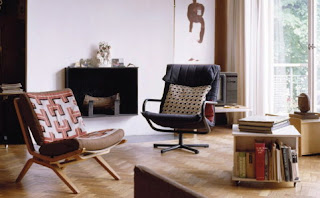 Completing my Hampstead tour is one of my favourite north-west London museums: 2 Willow Road was the home of architect (and arch-villain, in the eyes of local resident Ian Fleming) Erno Goldfinger. Like any architect worth his salt, Goldfinger designed his own home, which meant knocking down some cottages that Fleming apparently liked. Goldfinger (you can’t say it without bursting into a bit of Shirley Bassey, right?) also designed pretty much everything inside the house too. It’s a modernist’s wet dream and worth doing the guided tour to appreciate all the details.

I was amused to see that the paper has billed the article as a “highbrow day out”, which is largely because they asked me not to list a load of restaurants and cafés, which apparently some other contributors had done. Ironic then, that one of the few eating places I plugged – Ammis Curry – closed between my submission and publication. Shame.

Have a read of the article, and see whether there’s anything you’d have added (bearing in mind that it’s quite a packed day already!).

On a separate issue, it would have been nice to have been paid for this – especially given the length, and the fact that I do write for a living – but I was willing to forgo the cash this time in the cause of NW London boosterism.

What have I missed since July 22nd? Art exhibition to help London’s homeless