West End Lane is scheduled to reopen around 6pm today. One of the reasons for the delay (and there’s a separate post on this coming up net) is that Camden has insisted that Thames Water make full repairs to the road rather than just filling in the hole and tarmacing over it. 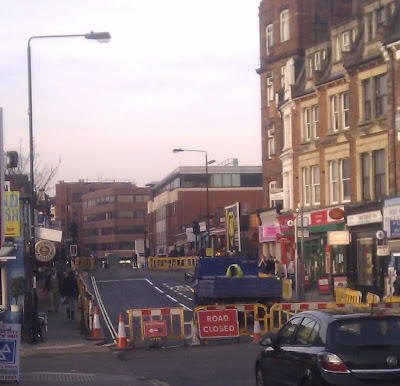 The leak further south on West End Lane at the junction with Cleve Road, is apparetntly more complicated than first thought. There is apparently a “significant void under the carriageway”, according to a Camden communication. I take this to be council speak for “a bloody big gap”, and reinstating the road here could mean closing West End Lane again. There’s a meeting tomorrow morning to assess the next steps. For more on the saga of West Hampstead’s burst pipes and broken communications, read this.

What have I missed since February 11th? Burst pipes, broken communication?