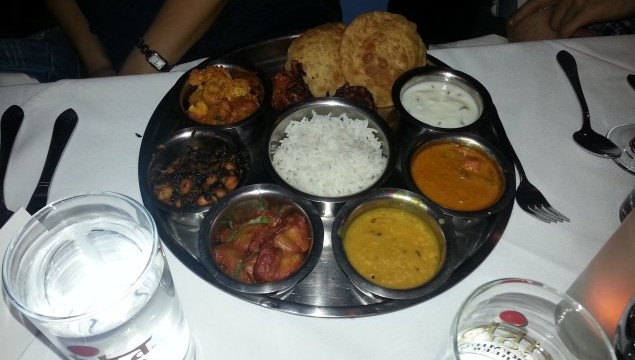 Aside from the minor inconvenience of trying to walk through Kilburn Grange Park just as the gates closed, our evening at local Indian restaurant Ruchi got off to a good start.

Plenty of newbies joined a few of the whampreview old hands to check out this neighbourhood stalwart that sits on the corner of Messina Avenue and Kingsgate Road. I had bigged the place up – perhaps raising expectations a little too high – but I was confident that at the very least people would leave happy.

We had three large tables, and even though the restaurant took other tables over the course of the evening, service was still reasonably prompt.

But what of the food!?

We more or less all went for a selection of starters and they were generally a hit, “tangy with lots of heat”, said Tom. No-one was drooling in awe at them but they generally did the job and people were happy.

As the wine and Cobras flowed and main courses arrived there was rejoicing at a restaurant that brought out hot plates. The main dishes elicited more praise than the starters “Very good”, “Awesome” “Really nice”, “Lovely”, “Quality, “Delicious”, “Amazing, “Very impressed, “Good portions”, “Hearty” “I’d come again”, “Nicely spiced without being stupid”, “Hit the mark”;  just a selection of the accolades.

No one had real gripes though for some people it was passable rather than outstanding. “Lacks va va voom”, said Karen. Overall though, the standard was high, the service efficient and I sincerely doubt that anyone left hungry. Not given the oversupply of naan bread. “I’m a sucker for the naan”, said marathon running Claire who clearly hadn’t had enough carbs the previous week and needed to fill the void! 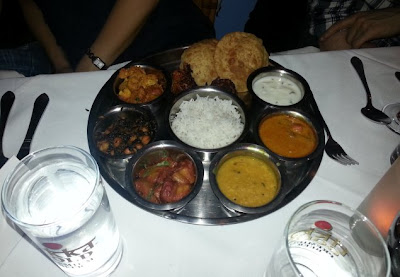 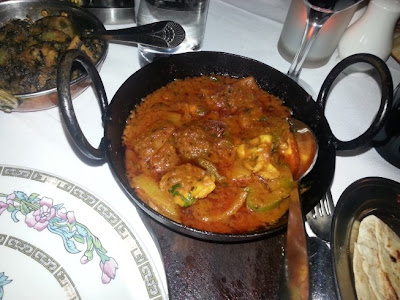 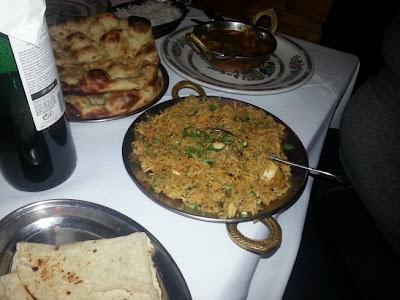 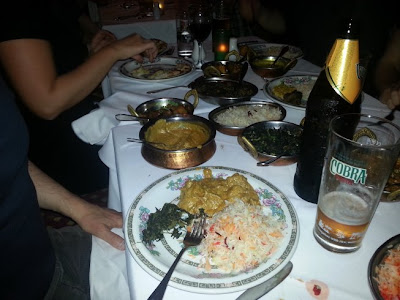 Overall, a success. I had probably built expectations too high, but although the food didn’t wow everyone, the consensus was that this was a high standard for a traditional curry house and good value. Next time you fancy a curry, why not pop along (you can even sit outside in the summer).

Thanks to Tom and Mark for hosting tables and to Tom for the photos.