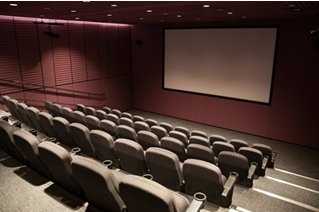 As keen readers of this website, you will have of course know about JW3, the brand spanking new Jewish community centre that has opened on the corner of Finchley Road and Lymington Road. But had you caught up yet with the fact that it has its very own cinema? Clearly, I had to investigate.

The JW3 centre officially opened late last month, and cost a reported £50m. It is aiming to become a cultural hub for north-west London and beyond. The facilities are impressive: a large hall with the capacity to hold concerts, theatre shows, weddings and bar mitzvahs and a kosher restaurant. They also include a 60-seat screening room which hosts both recent cinema releases as well as Jewish film festivals.

Keen to check out the centre, we went to see Woody Allen’s latest, Blue Jasmine, last Saturday night. The experience was excellent, akin to a private screening room (think great comfort and relaxed atmosphere). We booked ahead (advisable) and our seats were unreserved, so my advice would be to get there early. Tickets were priced at £12 (equivalent to the multiplex and notably cheaper than the Everyman), and there are no pre-film trailers or advertisements. 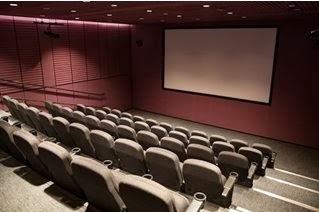 If you are thinking of heading down and, based on my experience, you really should, it’s worth noting that the JW3 cinema will offer an eclectic programme. It won’t necessarily screen the latest blockbusters so check its website as well as the NxNW6 film listings on these pages to check out what’s on when. There are regular slots for “Golden Oldies”, family films, and all manner of other film delights, such as the Misogynists Film Club (don’t worry, it’s “a feminist celebration of the terrible portrayal of women in cinema”), and even some Israeli TV.

With six cinemas all within walking distance of West End Lane [Ed: you walk faster than most people!], we were already spoiled for choice. With the addition of this new jewel, we now have an embarrassment of riches. Let me know what you think.