The prediction by our property sales pundit Darryl Jenkins of local estate agent Benham & Reeves was that house prices should rise by 5-10% in West Hampstead this year.

He described this as being bullish. In fact he was bang on – according to Zoopla, property prices in the area have risen 7.5% this year.

Does that mean that The Standard was right, or behind the times, when it suggested that West Hampstead was “an area of hidden value waiting to be unlocked” in an article that pushed the £1.5 million penthouses in the Mill Apartments.

Rising property prices are good for homeowners but not good for those trying to get a foot on the property ladder. Demand far outstrips supply and the arrival of developments such as West Hampstead Square together with the long-standing attractions such as the transport links, is pushing prices out of the reach of many. 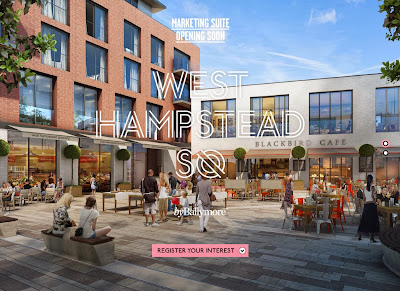 Even rents are becoming unaffordable – as local Sam Cookney discovered when he looked into the cost of renting in West Hampstead compared to renting in his beloved Barcelona AND commuting to London. His piece was widely picked up but also largely misunderstood.

Despite all this, north-west London was ranked Britain’s 7th unhappiest place to live.