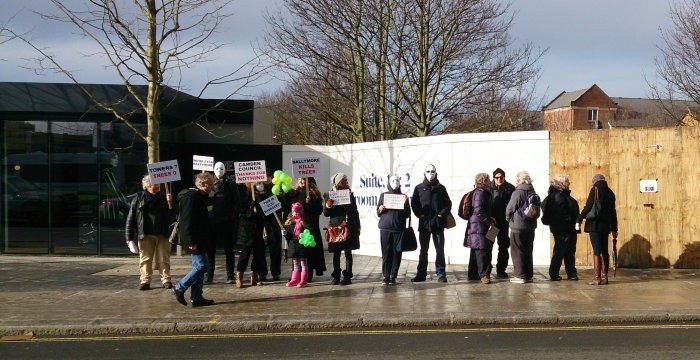 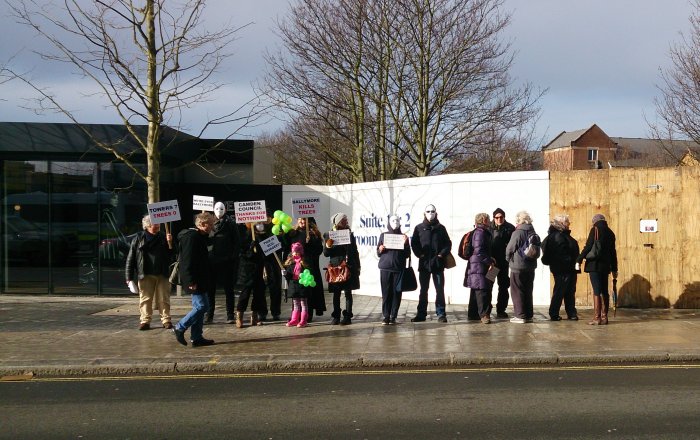 A small group of about a dozen people stood in the weak winter sunshine this morning protesting about the removal of the trees on Ballymore’s West Hampstead Square site. It had been described as a “vigil”, but that would really mean hanging around until the trees were actually removed.

A few cars were honking their horns – presumably in support, while what looked like a stag party changing trains gave them a few whoops.

Some of the protestors were wearing white masks, though quite why a protest about trees requires that level of anonymity isn’t obvious.

Signs read “Towers 7 Trees 0” and “Camden Council Thanks for Nothing”. At least someone had tried for a good pun, with “We’re Syca Ba££ymore”

If you’re not familar with the tree saga, the latest installment is here.