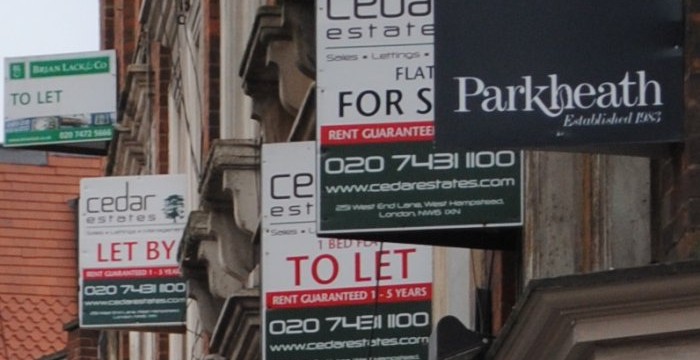 West Hampstead resident Alan Grogan is a big fan of West End Lane. The only thing he doesn’t like is the large number of estate agents’ boards that he feels are a blight on the otherwise attractive street.

In conjunction with Camden council, he’s launching a petition to ban all agents boards from the road. One of the biggest offenders, Cedar Estates, has already told West Hampstead Life that it will pre-emptively comply by the end of next week. 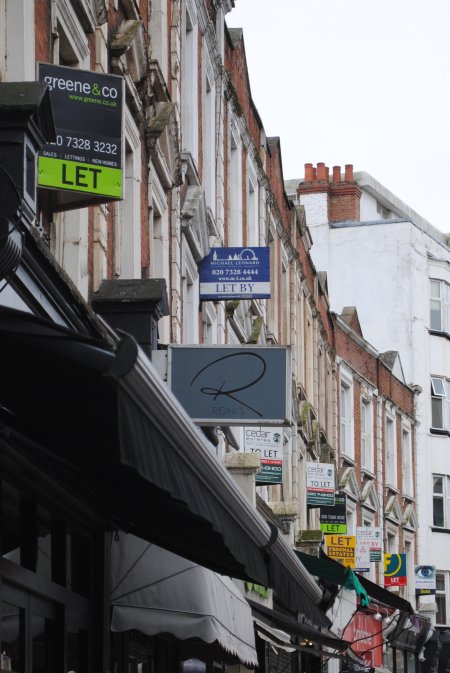 Estate agents have to remove boards no more than 14 days after the advertised property has been let or sold. In reality they are often left for months or even years. In fact, some have been there so long they are rotting away with just the frame left attached to the buildings.

Oliver Kent of Vita Properties, whose name you may not know but whose face you’ll certainly recognise, even said that “our policy is to leave them up as long as possible” for the visibility and marketing. 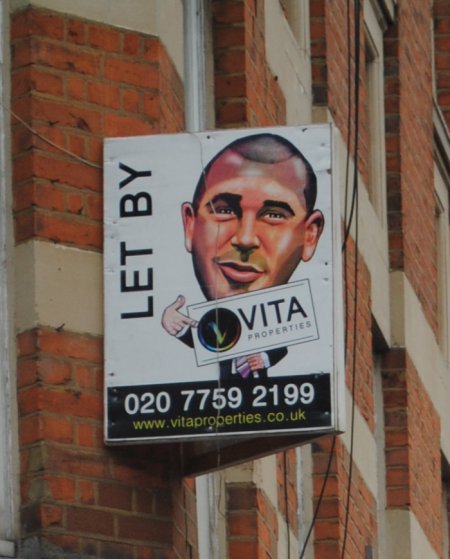 This property on West End Lane was let two months ago

Alan argues that as the vast majority of people now search for property online, and with Rightmove hitting the 50 million pageviews mark in a single day for the first time recently, there is no longer any need for them to be there at all.

Alan found that many locals agreed that West End Lane, and other roads in the area, should be board-free. He lodged a complaint with Camden Council, and asked them to put in place a “Regulation 7 Direction” for West End Lane. This would forbid estate agents from putting up any advertising boards.

He didn’t hear back from Camden at first, but in the meantime the council had conducted its own survey and reached the same conclusion. The environment team at Camden is therefore applying for a Regulation 7 order to cover West End Lane from the tube station up to David’s Deli and Feng Sushi.

David Matthews, from Dutch & Dutch, confirmed that he had received a letter from Camden explaining this. “Dutch & Dutch are fully behind the campaign”, he said. He also agreed it was “in everyone’s interest, including estate agents, to tidy up the area.”

Many different agents’ boards are in evidence on West End Lane, but one in particular seems very well represented. 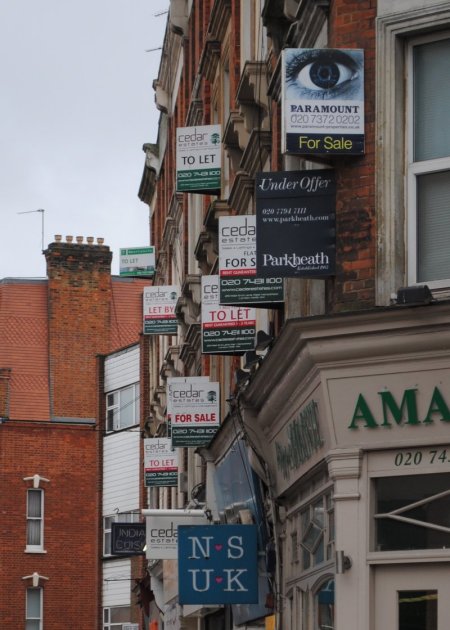 Perhaps surprisingly, Darren Yanover, managing director of Cedar Estates, said that he also agrees with the ban on boards, saying it will make the high street “look more attractive”. He has pledged to pre-emptively remove all Cedar Estates boards from West End Lane next week. He said “We want to be the first agents to remove all boards and lead by example.”

Regulation 7 orders already exist for many other streets in the borough (see Camden’s full list here), but agents are not always aware of the restrictions. No signs are allowed in Broadhurst Gardens, for example, but a rather large V-shaped board appeared above No. 184 recently. David Iny, director at Grovelands Investments, confirmed that he did not know about the restrictions and would ensure the board was taken down. He was as good as his word, and the sign has now been removed. 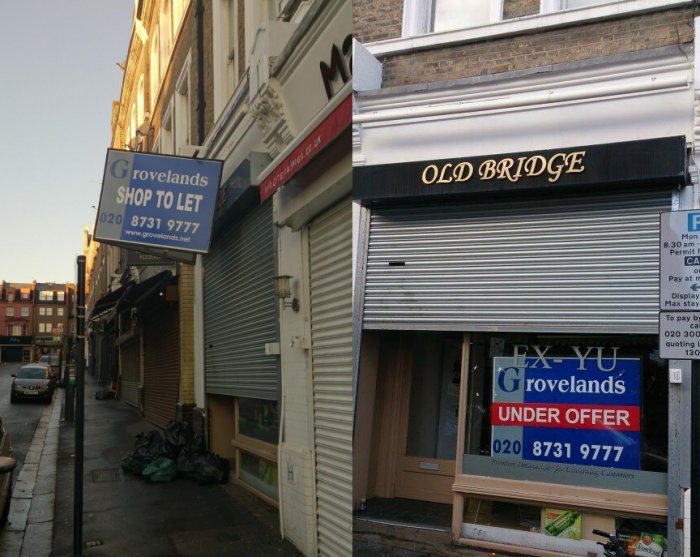 Vita’s Oliver Kent admitted that from a business point of view, it would be “disappointing” if the ban came in, as it remains the “cheapest and most effective form of marketing”. However, he agreed that the street would benefit from being board-free and said that Vita would comply with the regulation were it to be brought in.

Although the agents we spoke to seem broadly in favour of the move and happy to comply, it does seem that regulatory compulsion is needed. Cedar’s Darren Yanover summed it up, saying that a blanket ban would “create a level playing field”, as it would apply equally to all agents.

“We have decided that we will apply to the Secretary of State [for Environment, Food and Rural Affairs, Owen Paterson] for further controls on the street which will allow us to make it board-free.

When we write to the Secretary of State we will need to explain why we are seeking to introduce these additional controls. We will refer to survey results, numbers of enforcement complaints received, impact on visual appearance etc.”

Therefore Alan is appealing for the support of the public to gather as many signatures as possible in support of the West End Lane board ban by February 18th. You can find, and sign, the petition here.