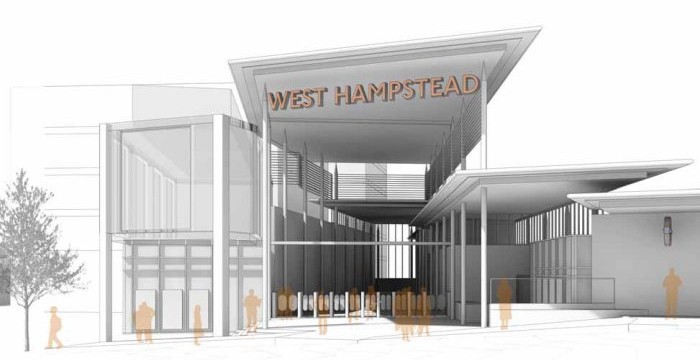 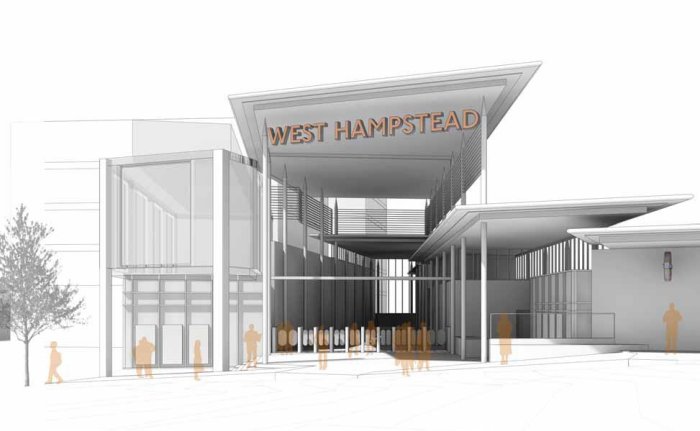 The first pictures have emerged of what West Hampstead Overground station is going to look like after a complete remodel. The £7m scheme is still in its early stages but it looks like it will resemble most other modern stations with an abundance of glass and steel.

The Overground station, which opened in 1888, handles 3 million passengers a year, so more capacity is needed as well as longer platforms to accommodate the new 5-carriage trains that will start to run from 2015.

We reported last year that TfL was planning to rebuild the station, partly thanks to almost £1 million from Ballymore as part of its contribtuions to the community for West Hampstead Square (the Section 106 money). Architects are now finalising initial designs in advance of the planning application, which will be submitted in the spring. Before that, TfL will consult with passengers and the community to comment on the proposal. 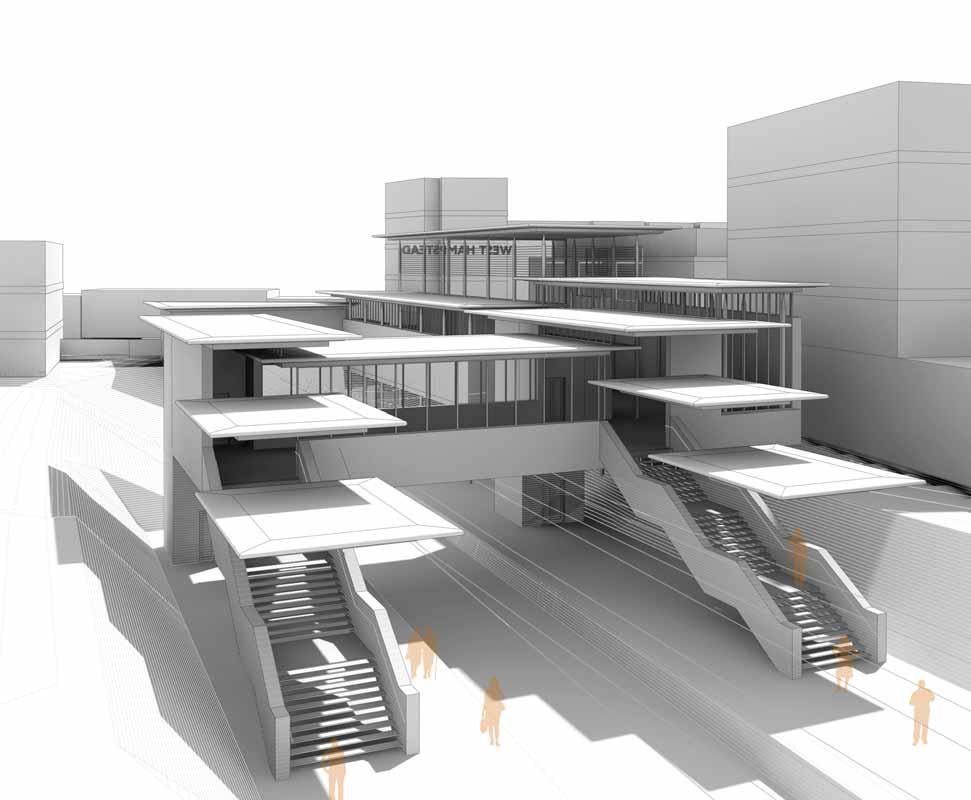 Looking east – the footbridge is further down the platform than it is today.

The existing station will be partially removed so the pavement can be widened. The new station will be between the existing station and West Hampstead Square, and there will be step-free access from street-level to platform via lifts. The current platforms are too narrow for lift shafts so they will need to be widened by at least 3 metres (this will of course ease the crowding on the platform too).

Work to widen and extend platforms will commence in late spring, and work on the new station building should follow in early 2015 and take approximately one year – depending on planning permission of course.

The images, courtesy of TfL are still conceptual and are subject to change prior to the submission of a planning application. It’s still hard from these to understand quite how it fits into the streetscape, especially with West Hampstead Square yet to be built.

Trees – there are always trees

TfL has already broached the thorny issue of trees. “In order to complete the platform and station works, it is necessary to remove four sycamore trees from the railway embankment along the westbound platform. The proximity of these trees to the new station building and platform means that the scheme cannot be completed with them in place.”

One of those trees has just had a Tree Preservation Order slapped on it by Camden, but expect TfL (and Network Rail who own the land) to get its way – even if it has to deal with petitions and masked protestors.

Gary Nolan, TfL’s Stakeholder Communications Manager, Rail, said “We are currently in discussions with tree officers from the London Borough of Camden regarding these trees and we intend to re-landscape the embankments to the rear of both platforms following the completion of works.”