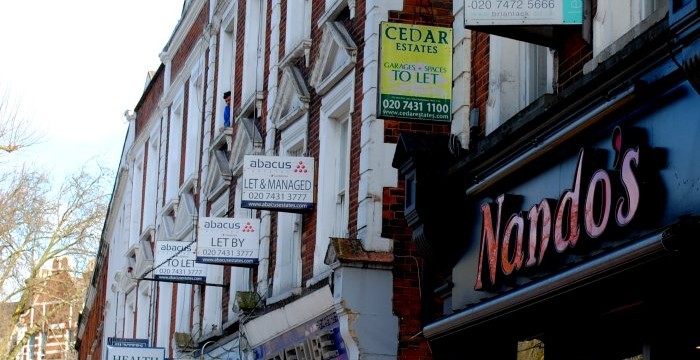 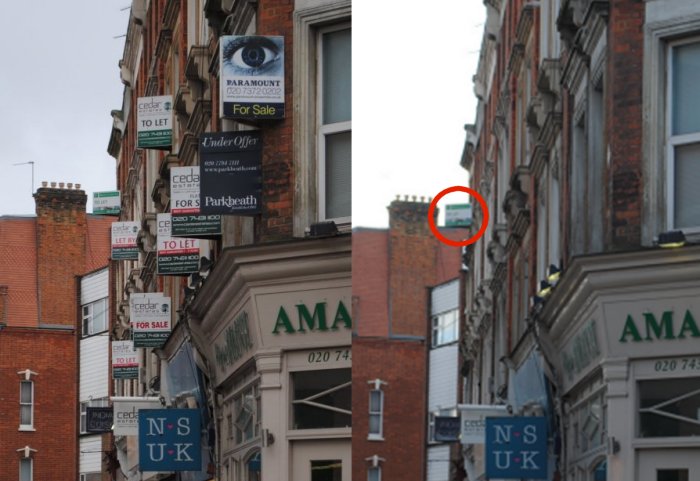 If you’ve been out and about in West Hampstead lately, you might have noticed a few changes. You may also remember our article on Alan Grogan’s petition a few weeks ago to officially rid West End Lane of estate agents’ boards. At the moment, the rule is that boards should come down 14 days after a property is let or sold, though in practice this rarely happens.

As a result of West Hampstead Life contacting agents about the article, many voluntarily removed all their boards from the high street. Cedar, Paramount, Dutch & Dutch, Parkheath and Vita were the first to comply, although a few Cedar boards still remain, including one from a whole other era of branding.

It’s not clear who is responsible for signs such as the one above Mamacita, which has disintegrated and can’t be easily traced to any agent. Perhaps one of the other agents might take it upon itself to do the kind thing and remove this board as well.

The boards now most prominent on West End Lane are those of Greene & Co and Abacus, as well as a few from agents not based in West Hampstead. 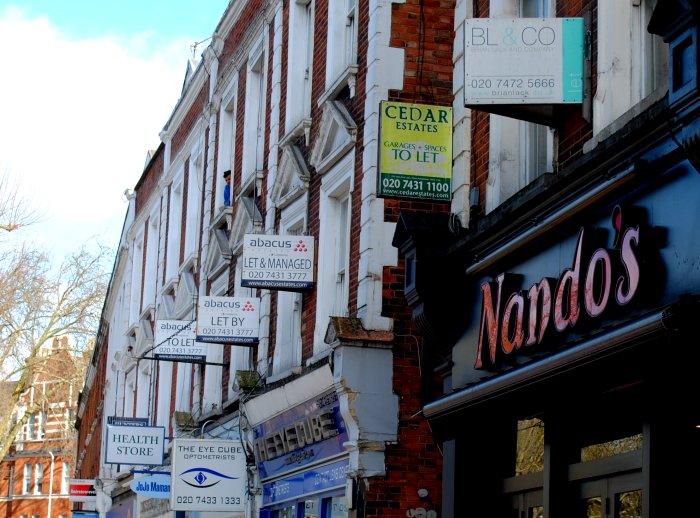 James Altman, lettings manager at Abacus, today confirmed that he has ordered all Abacus boards to be removed from West End Lane. He expects this to be done by early next week.

Altman acknowledged that some of his boards had been up for some time (one has been in place so long it has its own anti-pigeon spikes). Abacus manages the buildings opposite its offices, and claims that the freeholders are fine with the boards being up, but says that the agency sees itself as part of the community and that if the community wants the signs down, then it is happy to comply. 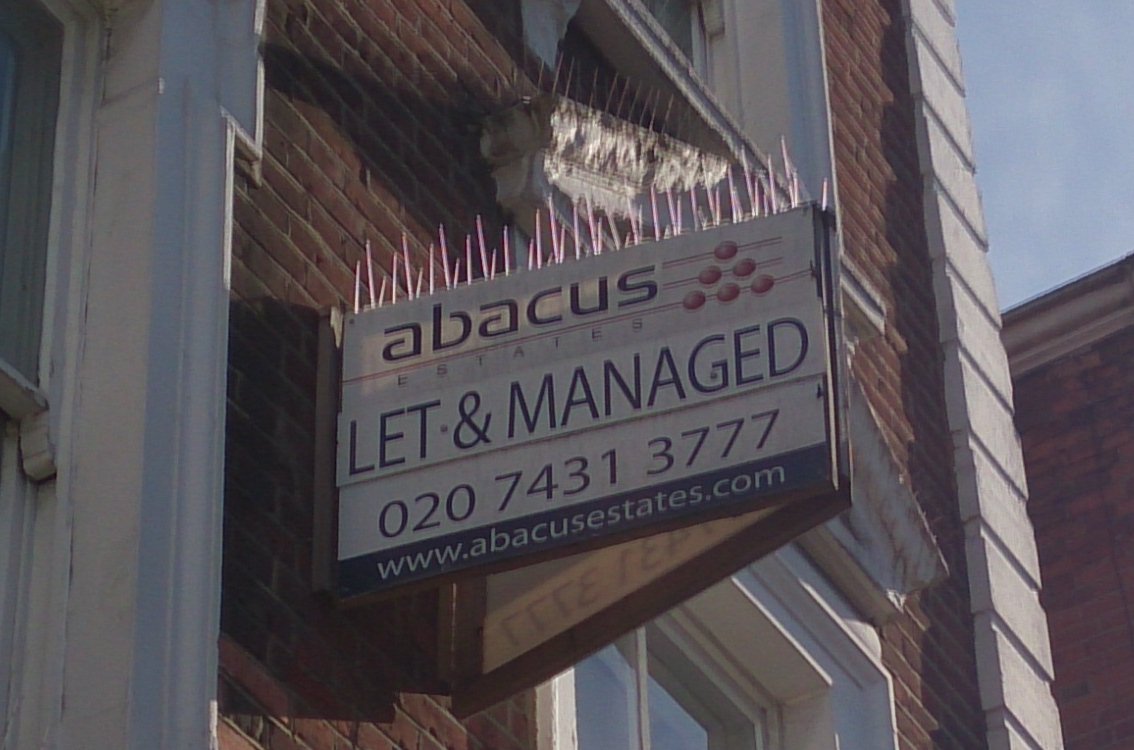 David Pollock, managing director of Greene & Co, said that he “certainly won’t be objecting to the ruling” if it comes into effect, and would be happy to remove his boards from West End Lane if he was satisfied it would result in a “level playing field”.

It won’t be clear to everyone what a ‘level playing field’ means in this context. According to Greene’s website, it has no properties for sale or rent on this stretch of West End Lane at the moment yet there are boards up. Given the 14-day rule, one must assume that either these properties have just come off the market, or that a willingness to abide by the legislation works only when everyone follows suit.

However, surely it’s the company that keeps its boards up after others have removed theirs as a gesture of goodwill that is the one tilting this mysterious metaphorical playing field in its favour – especially if these boards also exceed the 14-day rule.

Indeed, Pollock admitted that he is “slightly cautious” about removing his boards, which he sees as a valuable marketing tool, while those of other agents are still up. Yet, most other agents have now removed their boards. Over to you Mr Pollock. 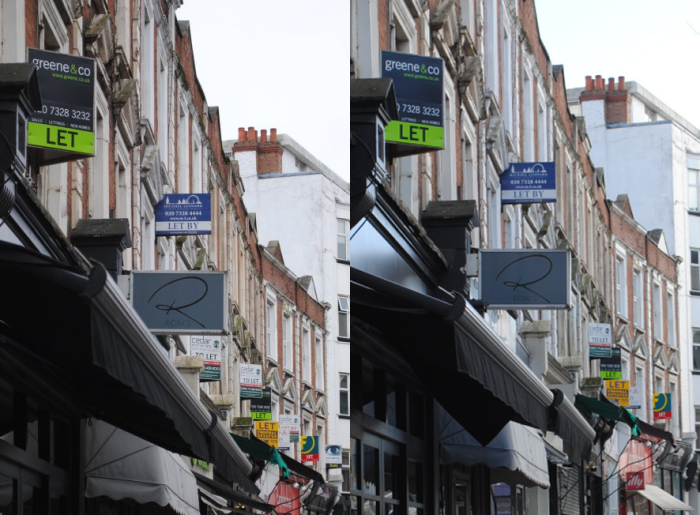 A few signs have come down – but too many remain

Meanwhile, Alan Grogan is pleased with how successful his campaign has been. His petition gathered the support of 181 local residents in just two weeks, and has been submitted to Camden’s planning department in support of the Regulation 7 application that would ban all boards from the street.

According to Alan, Camden has confirmed that no estate agents have formally objected to the proposed application. Planning officer John Sheehy will submit the request in the coming weeks, and expects a decision about two to three months after this. Hopefully by then, the agents will have all voluntarily removed their signs; nevertheless, regulation would ensure they don’t creep back – and alert agents from outside the area that West End Lane should be a board-free street.

The whole process seems rather tortuous, but it’s one that Alan – and Camden – expect to pay off. In the short term, however, it seems that most local agents agree that it’s in everyone’s interests to tidy up West End Lane.