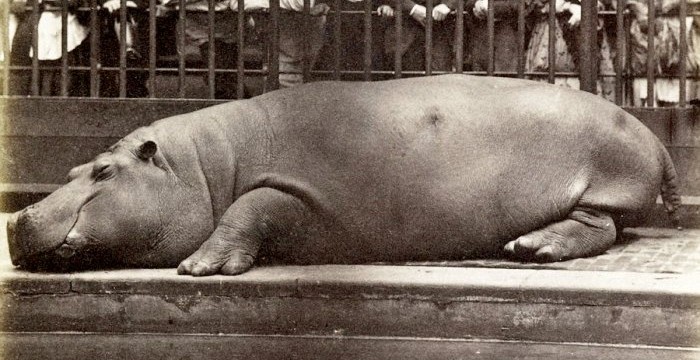 Oaklands Hall was a large house on West End Lane, near the corner with today’s Hemstal Road, with extensive grounds that ran down the hill to what is now Kingsgate Road. The last occupant of Oaklands was Sir Charles Augustus Murray who retired there in 1872. He was born on the 22nd November 1806, the second son of George Murray, the 5th Earl of Dunmore, an ancient and eminent Scottish family. 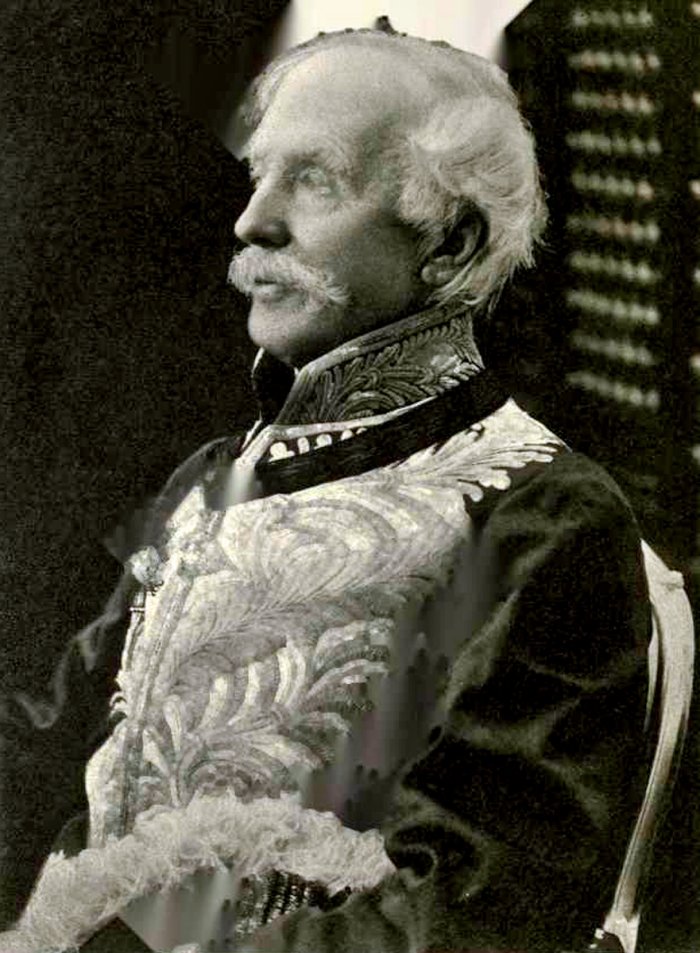 Charles grew up in Glen Finart, Argyllshire, though the family spent the winter months in London. In 1815 he was sent to Eton to join his elder brother Alexander Edward Murray, later the 6th Earl. Charles made many visits to Hamilton Palace, the home of his uncle the Duke of Hamilton, where he met Walter Scott and William Beckford, some of many writers that he was to meet during his life.

From Eton Charles went to Oxford where he obtained a BA in 1827 and an MA in 1832. Little is known about his college years, but contemporaries remember him as charming, active, strong and a skilled horse rider – he once rode the 120 miles from Oxford to London and back in 16 hours.

In 1834 Murray set sail for America on board the Waverly to investigate his father’s claim to some lands in Virginia. The voyage was a disaster. A gale blew the ship off course and when it sprang a leak, the cargo was thrown overboard and everyone had to take their turn at the pumps. Worse followed as the masts blew down and the ship drifted helplessly until it encountered a second ship, which took a few passengers back to England.

Murray decided to stay on board together with 150 Irish emigrants who waited to see what “the young Scotch Lord” would do. He managed to persuade them back to the pumps when they tried to raid the whisky stores and, after 21 days at sea the ship reached the Azores without loss of life. It took a month to complete repairs and set sail for New York, during which the Irish quarrelled with the Portuguese islanders.

The Waverly took six weeks on a voyage that normally lasted 16 days, with the rations of mouldy biscuits and filthy water running very low. Fourteen weeks after leaving Liverpool, the ship docked at New York to much rejoicing as everyone had assumed it had been lost at sea.

Murray travelled widely in America where he was angered by the slavery he encountered in Virginia. On an expedition up the Hudson River, his companion was the American writer, Fenimore Cooper.

Having recovered from a life-threatening bout of cholera, Murray was having dinner with officers at Fort Leavenworth, the most westerly military outpost of the US Army, when 150 Pawnee Indians arrived suddenly. Though they had never seen white men before, they shook hands, sipped Madeira and smoked cigars. Murray was fascinated and, together with his valet, he returned with the Pawnees to their camp 14 days ride away. There he found around a thousand braves and their families living in 600 lodges, which they packed up to follow the buffalo. Murray spent two months travelling with them, surviving an attack by 200 Cheyennes.

Murray returned to St. Louis and again travelled widely across America. At Niagara he met and fell in love with the 19-year-old Elsie Wadsworth and asked her wealthy father for permission to marry. But her father refused and forbade Elsie to see or communicate with Charles ever again. 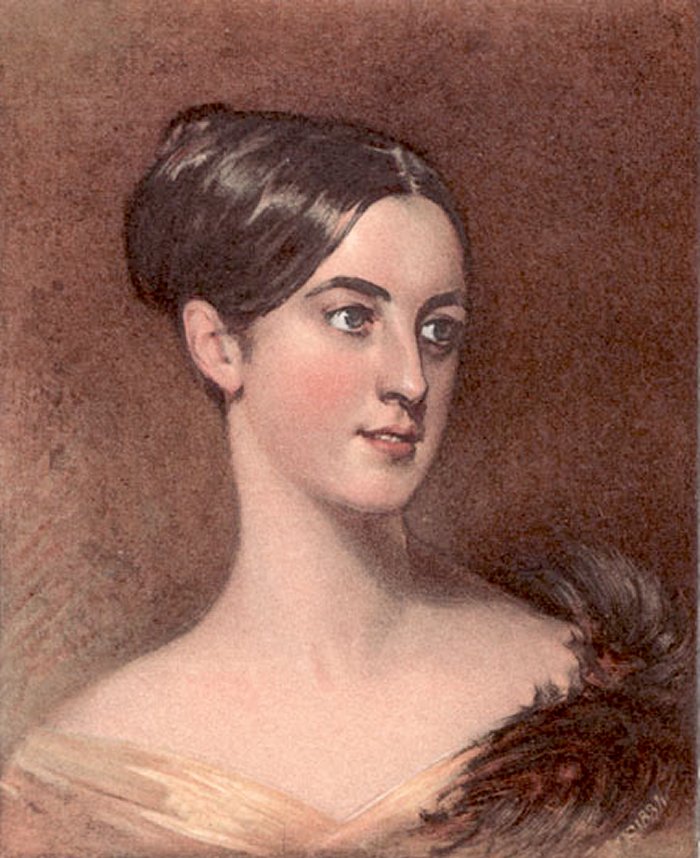 By 1836, Murray was back in England and in July 1837, he took up a post at Windsor Castle as Groom in Waiting to Queen Victoria, having driven some American ponies at speed from London to Windsor as a present to the young Queen. From 1838 to 1844 he became Master of the Household and during this time he wrote a best selling romantic novel called ‘The Prairie Bird’. The heroine was based on Elsie with whom he was still deeply in love. (Murray wrote several best sellers and was an amazing linguist, being able to read and write 15 languages).

In 1845 he took up a post in Naples as Secretary to the British Legation, and the following year was sent to Egypt as Consul General. At the time there was a craze for exotic animals and London Zoo asked Murray if he could get a hippopotamus. This would be the first hippo ever seen in England, a great crowd puller and money spinner for the zoo. The Pasha of Egypt arranged for the capture of a young hippo calf on the White Nile, near the island of Obaysch.

Obaysch the Hippo was taken to Cairo where he spent the winter in a special tank, before being transported on the P&O steamship Ripon to England. Hippo mania followed Obaysch’s arrival at London Zoo on May 25 1850, and ten thousand people a day came to see him. Queen Victoria brought her children and wrote about the hippo in her diary. Silver hippo necklaces were sold and the ‘Hippopotamus Polka’ was a big hit. 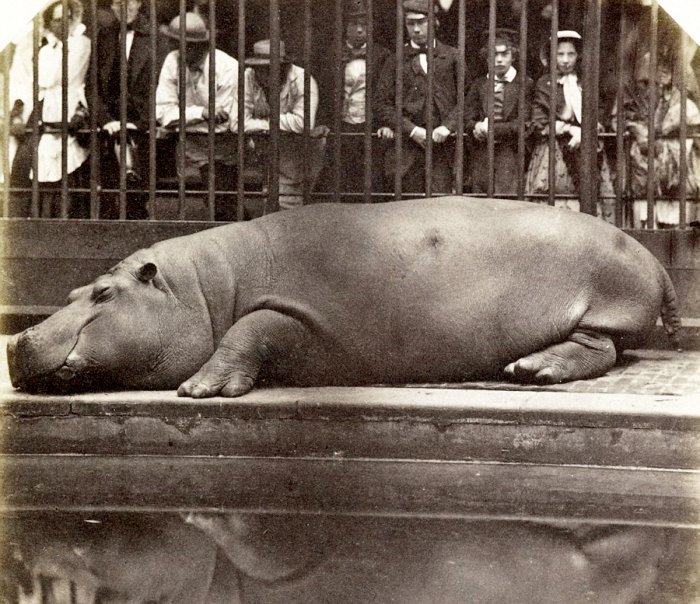 Obaysch lived at the zoo for 28 years during which time ‘Hippopotamus Murray’, as he became known, visited frequently. Shouting to him in Arabic, the hippo always recognised Murray and replied with loud grunts. Obaysch died in 1878.

By chance, Murray met Elsie Wadsworth in Scotland soon after her father’s death and the couple were married in December 1850. During their honeymoon in Egypt he instructed a servant to inscribe her name into the wall of a temple at Abul Simbel, where it can still be made out today. A year later she gave birth to their son but tragically, she died a week later.

The heartbroken Murray accepted a series of diplomatic appointments all over Europe. In 1861 on a visit to London to see his friend the Pasha of Egypt, he met and married Edythe Fitz-Patrick. In 1866 he was appointed as Minister at Copenhagen where he became friends with yet another writer, Hans Christian Andersen.

Murray bought Oaklands Hall in 1872. He extended the house to accommodate his large collection of books and prints and retired there on a pension of £1,300 a year in 1874. He spent time writing and visiting the health spas of Europe but had no intention of dropping out of public life altogether; fortunately the house was conveniently placed for the centre of town. 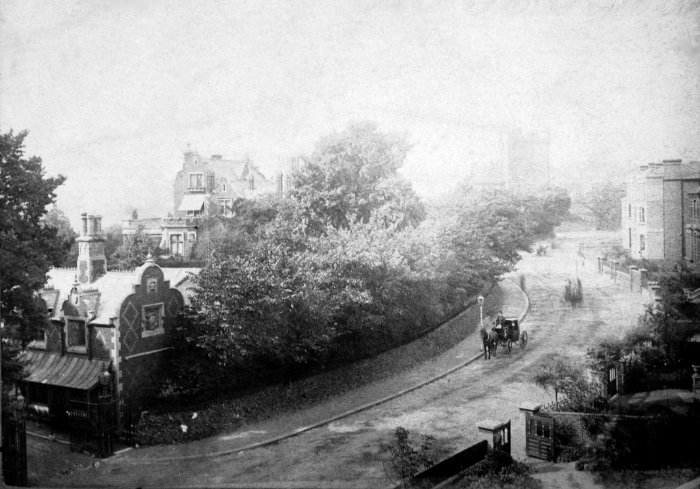 Murray added his coat of arms to the Lodge walls facing West End Lane. A minor disagreement with the Vestry over widening of the Lane was resolved but problems arose for Murray when new roads were built north of Oaklands Hall. The level of Hemstal Road was higher than he hoped in relation to his boundary wall. Presumably he was worried about trespassers or overlook and, to add further insult to injury, as his fence bordered the road he later had to contribute to the cost of paving part of it. Murray put Oaklands Hall up for sale, but it took nearly four years to find a buyer.

The Murrays moved to The Grange, Old Windsor, a house they’d built for their son Cecil. Life at Oaklands Hall hadn’t been all bad, as Murray reflected in a letter he wrote to his wife from Baden-Baden, “We had some happy days at Oaklands together”.

In 1883 they took a villa in Cannes, which they used each winter. Murray remained very active and continued travelling, even visiting America again. In 1895 he died suddenly during a trip to Paris. His body was taken for burial at Dunmore. Murray left £308,461, worth an astonishing £30 million today.

After the estate was bought by the United Land Company, Oaklands Hall was pulled down in October 1882. Roads were created, followed by a sale of building plots on 23 March and 16 April 1883 at the Victoria Tavern, on the corner of Kilburn High Road and Willesden Lane. The auction realised more than £24,000, worth more than £2 million today. The houses built on these plots are those that make up the present Hemstal, Dynham, Cotleigh, part of Kingsgate and part of West End Lane.