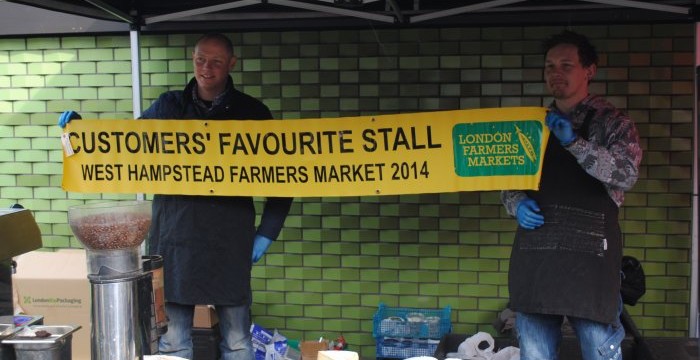 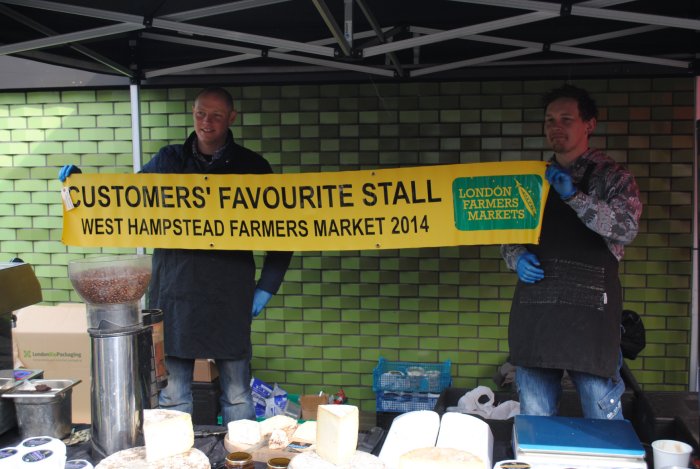 West Hampstead Farmers Market has a new champion. Over four weeks of online polling, customers have voted Brinkworth Dairy as the market’s “Favourite Stall” of 2014.

The dairy, which sells cheese, milk, butter and cream as well as serving top-notch coffee, gets to unfurl the coveted yellow banner for the next year over its stall, which is right at the end of the market.

The dairy farm is based in North Wiltshire, and has been in the same family since it was taken over by William Collingborn in 1910. It has bred Friesan cows ever since in a closed herd.

The cheese making business began in 2006, and 80 percent of its revenue is now from farmers markets such as West Hampstead. Ceri Cryer, great-granddaughter of William, and her husband Chad run this side of the business, while Ceri’s dad Joe runs the farm. Chad can usually be found manning the coffee machine at the stall.

Everything is really handmade. In the cheese making, we don’t even use any mechanical stirrers or cutters. This means the curd is handled really gently and means that the cheese is really creamy. It means we only produce small volumes (60kg) at a time. Even the milk is bottled by hand just using a small tap. Milk is better when it hasn’t been knocked around so much. The ice-cream is made in 3 litre batches at a time which makes it easy to do bespoke flavours. The yogurt is made in a unique way – again with little handling and our customers love it!

Ceri’s own favourite product is the cream. “It’s so thick! It’s not double but quadruple cream”.

Farmers markets may mean that producers can cut out the middle man, but they are still hard work. Brinkworth is at seven markets every week, two on a Wednesday, two on a Saturday and three on a Sunday (including Queens Park, where it won best stall last year). Different markets have different emphasis. Marylebone is all about the cheese, whereas milk and butter does well in West Hampstead as families use the market for more of their staples.

What makes them the customers’ favourite. Chad reckons (sotto voce) that it might be that they’re good value! 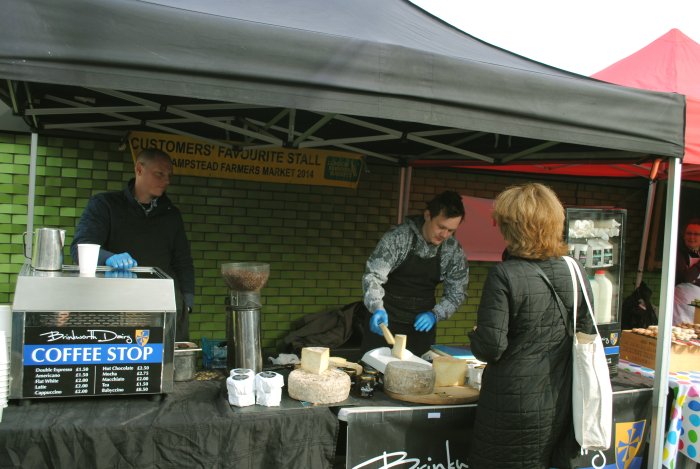 Tom’s tongue is tasered at Guglee