The Tour de France peloton hurtles through London on Monday afternoon, after its foray into Yorkshire this weekend. Yet, one intrepid West Hampstead resident already passed through last Monday on the third stage of his attempt to ride the entire 3,664 kilometres from Leeds to Paris via some of the toughest mountain roads in Europe. 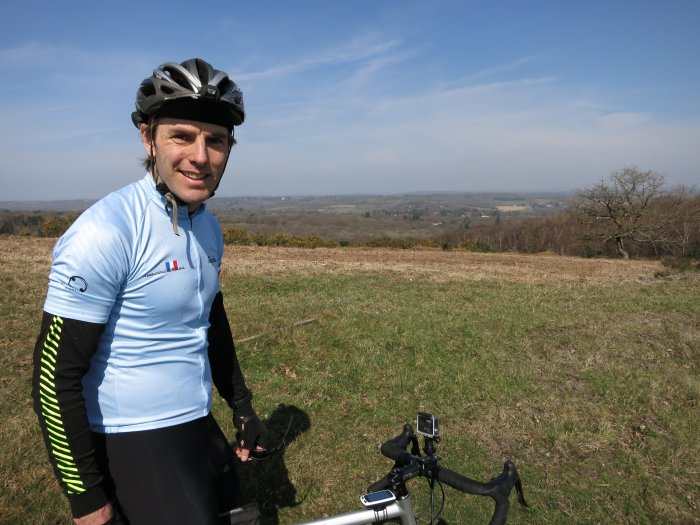 Monty Wates is a trustee of the William Wates Memorial Trust. In 1996, William Wates, Monty’s younger brother, was killed while travelling abroad aged just 19. The Trust raises money, which it gives to hand-picked charities that work offer young people opportunities, otherwise unavailable to them, to fulfill their potential and stay away from a life of crime. The Winch in Swiss Cottage is one of the charities the trust supports, and it recently received a grant for £60,000 over three years for its Promise Worker project which supports children who need it through the complex and often overwhelming labyrinth of social services that they encounter.

Since 2004, the charity has held the Tour de Force – a fully supported ride of that year’s Tour route a week ahead of the actual race. Most participants ride a “taster”, a few stages of the event. But some – around 30 this year – are what the charity terms “lifers”; the foolhardy few who dare to take on the entire course.

Monty himself has been on a taster or two but despite being intimately involved in the charity he hasn’t before committed to becoming a “lifer” before. He confesses that he’s not really a cyclist although of course he has been doing some training! His personal target is to raise £50,000 for the charity.

Follow Monty’s progress on Twitter @fullmontytour and track the whole Tour de Force. And if you feel moved to donate to the cause you can do so here, or text “WILL19 £10 (or whatever number you want to!) to 70070.

Hampstead Ladies back on track