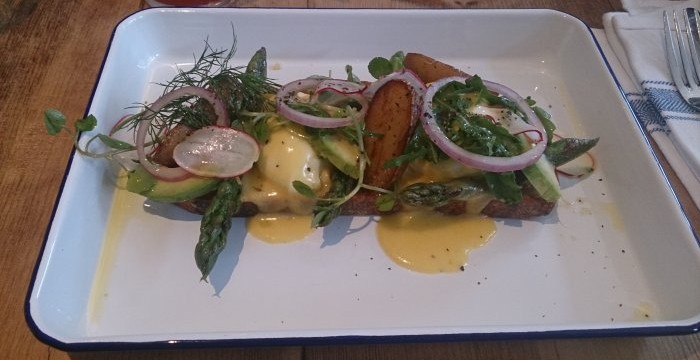 West Hampstead Life has had a gruelling couple of weeks. In a tireless quest to keep you informed about gastronomic developments in the area, we’ve been out investigating the newest restaurants and menus, sampling a few (ok, many) dishes along the way. Here are some tasty tidbits to whet your appetite while we go off to type “juice diet” into Google…

First up, we went to try One Sixty’s new brunch menu. The menu itself is still a work in progress, but we tried a selection of the kinds of dishes that will be on offer. As you’d expect from a smokehouse restaurant, smoky flavours wrapped themselves around some delicious mackerel and salmon, and there was house-smoked bacon available in a roll.

One Sixty has been criticised in the past for its lack of any provision for vegetarians, but on this visit we sampled a rather good avocado, asparagus and egg dish – hopefully they’ll continue to offer at least one veggie option. Add in the Sunday papers and a chilled vibe, and we can see this being serious competition in the weekend brunch market. 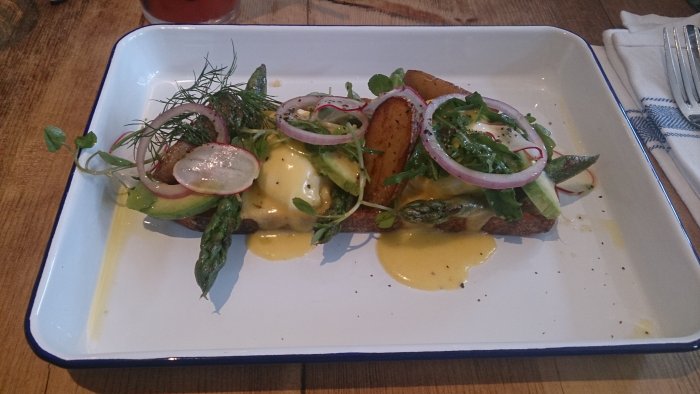 Secondly, you may have heard whispers about another pan-Asian restaurant opening on West End Lane. Called Toomai, this is another venture from the owners of Guglee just up the road. They invited West Hampstead Life to tour the new premises (where the short-lived ‘Grilled O Fried’ used to be) and more importantly to a tasting session of their menu.

The Toomai team are still refining the menu, but it will focus on street food – predominantly influenced by South East Asia – as well as more substantial curry and noodle dishes. We tried a range of dishes, from Chinese-style dumplings, to chili paneer, to some quite outstanding chicken satay skewers. It will be interesting to see how Toomai fares against nearby competitors Banana Tree and Mamako. It opens tonight (Thursday), though expect Friday to be more up to speed.

Staying on a street-food theme, the Sunday Food & Flea Market on the Thameslink forecourt has been open for four weeks now, with a variety of food stalls. Bad weather on a couple of Sundays has meant the market has been less than bustling at times, but we’d recommend going there to grab some very reasonably-priced lunch while browsing the vintage clothes stalls. So far we’ve tried the Iranian lamb chops (delicious, but somewhat hard to eat with your hands) and the Sri Lankan ‘kothu’, an appetising dish of chopped roti with vegetables and (optional) meat. 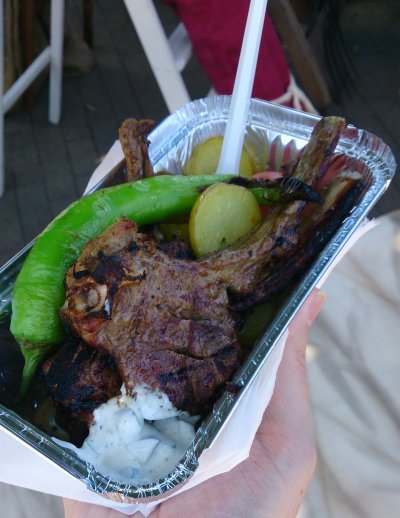 The final course on this epicurean roundup takes place in Finchley Road, where Italian chain Rossopomodoro has just opened its eighth UK branch in the O2 Centre. Unlike other high street Italians, Rossopomodoro can proudly claim to have originated in Naples and promises “the same fresh ingredients from the same suppliers in Italy” it serves back home. Can it live up to the hype? 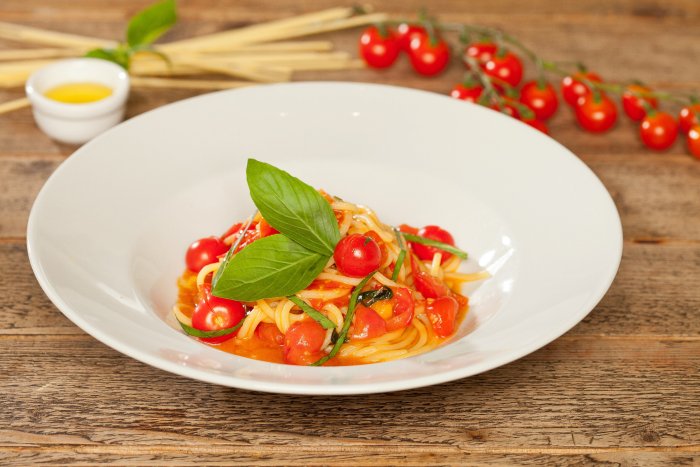 On our visit (a completely packed VIP launch night – there are clearly a lot of Very Important pizza fans in the area) we did find the dishes tasted fresh and the flavours were zingy; a cut above the average chain, and with its buzzy atmosphere a great new pre-cinema destination. We can imagine taking a seat on the outdoor terrace with a selection of antipasti and an Aperol Spritz, and feeling ourselves transported straight to Campania. Let’s ignore the small issue of the Finchley Road traffic.

Tom has a sweet night out