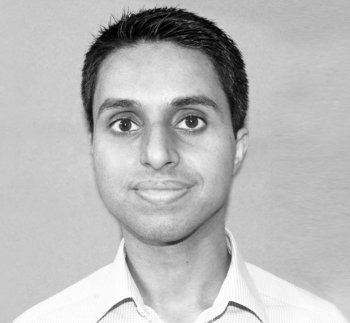 On Wednesday evening, locals were shocked as Dr Nazim Mahmood lay on the pavement outside Barclays Bank at the corner of West End Lane and Fawley Road having fallen from the balcony of his top floor apartment above.

Depsite the best efforts of ambulance crews, Dr Mahmood, 34, was pronounced dead at the scene by a doctor from the London Air Ambulance. Police came under fire for being unable to find a tent to put around the body, which was instead covered in a blanket and lay there for some hours before being removed as commuters walked past during the late evening rush hour.

Dr Mahmood – known to locals as Dr Nas – had opened a new branch of his Face Clinic business last August at Health Town, the relatively new West End Lane shop a few yards down the road that both sells health-related products as well as offering treatments from a variety of practictioners.

He and his partner, Matthew Ogston, and only moved to West Hampstead a few months ago and the clinic in Health Town was their third after branches in Soho and Harley Street.

Although the cause of death has not been determined, police are treating it as non-suspicious. Local osteopath Ben Posen, who also operates out of Health Town tweeted earlier today, “Very sad to return to work and discover that the man who died on West End Lane was Dr Nas. He was a lovely man.”

[CORRECTION: An earlier version of this article said that the the West Hampstead clinic was yet to open. This was wrong, and West Hampstead Life apologises for the mistake]

What have I missed since July 28th?