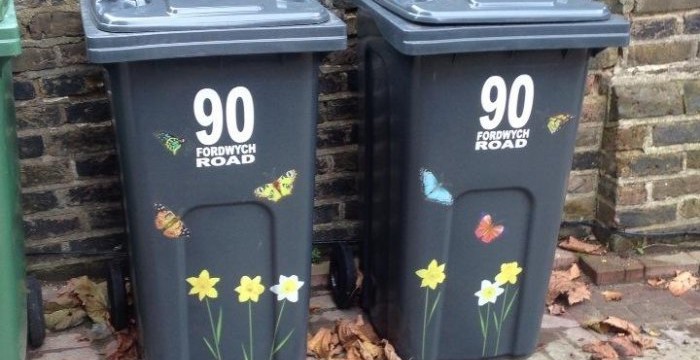 A fire at the Brondesbury Medical Centre on Kilburn High Road on Tuesday night caused the Tricycle Cinema to be evacuated. Although some damage was done to the upper floor of the GP practice, no-one was hurt and the surgery reopened on the Thursday.

Camden granted estate agent Foxtons the change of use permission it needed to open in the former post office on West End Lane. This prompted a flurry of interest in a 2013 piece that sought to find the collective noun for estate agents.

The Area Action Group meeting (the first public meeting since the council election) was suitably lively, with the usual complaints about council services and mixed reactions to the proposed Overground station. WHL live tweeted proceedings. 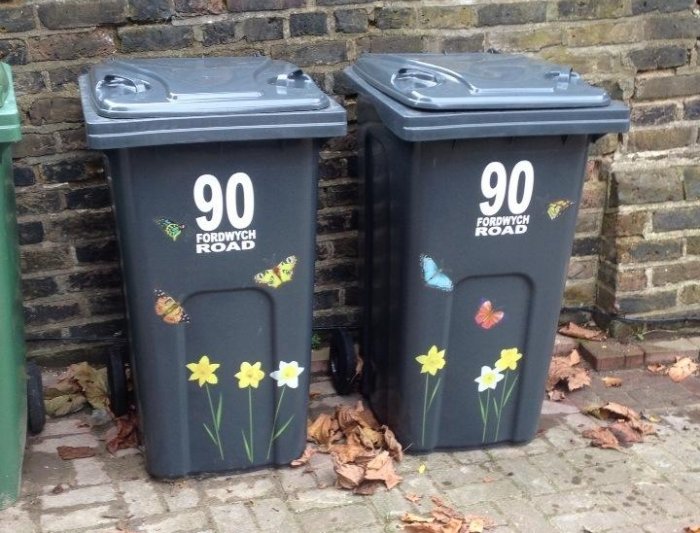 Pimp my bins via @HandyAndyNW6

A date was set for the start of the 24hr tube service on Fridays/Saturdays. But what about the noise for people living near stations?

Waitrose opens on Tuesday – having caused considerable excitement among (almost) everyone. The ribbon will be cut at 7am(!) by the chair of trustees of the West Hampstead womens’ centre. The bench outside Waitrose that has been removed during the works is to be replaced.

A former England cricketer cut the ribbon at the official opening of Aqua Pharmacy’s new premises on Mill Lane.

The Gallery’s refit started. And Mill Lane Bistro is closed until Wednesday for a refit.

Some curiously possessive stickers appeared around the area.

There’s always a petition to sign – the latest one is for a pedestrian crossing on Shoot Up Hill.

Police were alerted to a man who exposed himself just off Lymington Road.

A local Labour faction have lambasted the (Labour-dominated) council’s plans for Liddell Road. Much of what they say resonates with some residents’ comments, though completely ignoring the school being built rather weakens their argument.

Meanwhile, a Nora Connell has been writing the same letter to all the local papers (a hard-to-decipher ramble about UKIP). She claims to be a parliamentary candidate for Hampstead & Kilburn representing the “Connell Canto Party”.

Apparently, Hampstead & Kilburn is the 8th most pro-immigrant constituency in the UK and the 12th most pro the EU. Doesn’t bode well for UKIP’s chances here next year. [paywall]

The Wet Fish Café’s wall-mounted guitars are all made my a local luthier. A relaxed gig earlier in the week showcased the instrument.

An inquest heard that a former Broadmoor patient died after slitting his wrist at his Maygrove Road flat in a supported housing block.

It was the 50th anniversary of the Beatles second ever performance at the Kilburn State. They were paid £850.

After The Economist looked at Aldi in Kilburn last week, this week the Financial Times covered the High Road’s Afghan restaurant Ariana II.

Fury is our Film of the Week. Read our take on all the local film offerings this week.

REHAB Halloween at Love & Liquor is our Gig of the Week.

Lots of local businesses are in the running for Time Out’s favourite places awards. Click on NW6 (Kilburn) to see the categories and contenders. Monday’s the last day of voting.

The premises that used to be Helena’s Hair Care at 78 Fortune Green Road is apparently destined to be… another salon.

Guy outside West Hampstead Thameslink attempting to sweep leaves, in what can only be described as heavy wind. .. 10 points for effort.