The Alliance’s appeal to raise money to send the body of staffmember Natalia Czekaj back to her mother in Poland exceeded its target, allowing the pub to also pay for the funeral. Thank you to everyone who donated.

Flooding at Farringdon at the start of the week and planned engineering this weekend has meant chaos for Thameslink passengers, crowded tube platforms for everyone, and no farmers’ market. Predictably, there’s a petition about Govia’s performance.

Of the responses received so far, locals are overwhelmingly objecting to the council’s Liddell Road planning applications. Meanwhile, confusion reigns over the admissions point for the expanded Kingsgate/Liddell Road school with “any other options” being considered by the council some two years after first proposing the original idea. 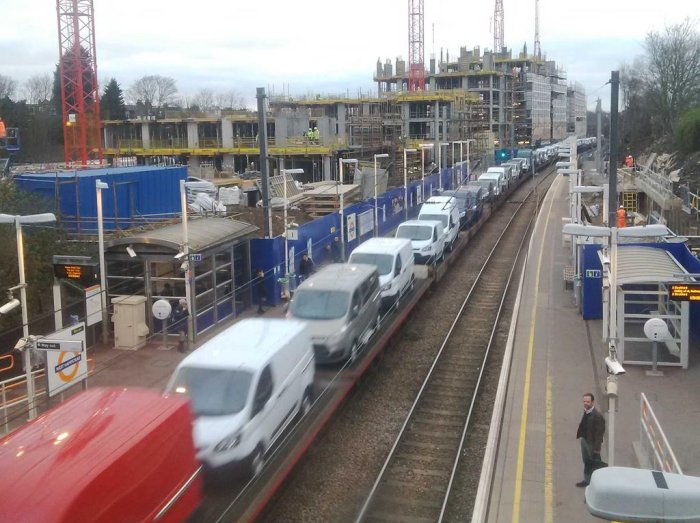 The West Hampstead Life Forum launched – sign-ups have been very healthy all week and there’s been plenty of discussion. We now have more than 75 members, so why not join in. Thanks to Paramount for sponsoring it.
Hot topics this week:

Whampsocial is back for 2015 – the first one is this Thursday (yes, Thursday not Wednesday) from 7.30pm at Frida’s bar at Mamacita. Here’s what some people said about it last year. Whether you’re a noob or a regular, come along and make some local friends.

Saturday was the 100th anniversary of the opening of Kilburn Park tube station.

Tom made a New Year’s Resolution – could he keep it throughout January?

The tallest West Hampstead Square block will reach its maximum height around the end of the month, the back two blocks are already at full height and the first crane will leave the site in 8-9 weeks.

Culture Hub: Hello/Goodbye at Hampstead Theatre is our top tip this week. Check out all the cultural highlights in and around West Hampstead this week.

This month’s NW6 Film Club screening is Selma, the Martin Luther King biopic, at the Tricycle on February 8th. Come and join us.

An appeal court reduced Geoffry Lederman’s sentence for the death of Desreen Brooks in 2012 from 18 months to 12. His lifetime driving ban stands.

City Swish is offering a 20% discount for West Hampstead Life readers on its at-home massage and beauty treatments.

The plan to trial rescheduled Tesco deliveries on West End Lane has been postponed (again) until February.

Tube station ticket offices start to close this week, however West Hampstead and Finchley Road are both in the last phase of this programme and won’t shut until at least October. Staff will still be present in the ticket hall after the counters are closed.

Police have renewed an appeal to find a missing Kilburn man after two years.