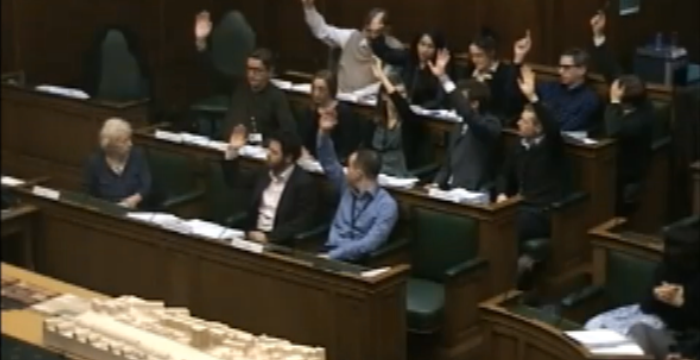 Camden councillors voted tonight to give the go ahead to both the proposal to build the school and to build the housing and employment space that will help fund it.

The debate lasted just over an hour and a half and got rather tetchy at times. It brought home how complex the funding issues are and how hard it is to make decision, or criticize them when no figures are made public. 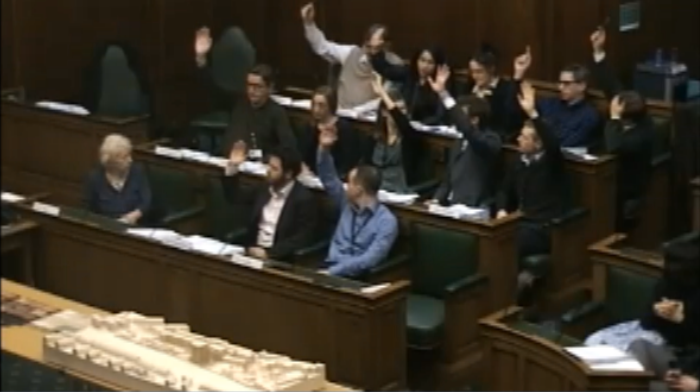 We now get to see whether the numbers did indeed add up. There was some suggestion from the independent viability assessor that it was possible there would be more capital receipts from the scheme than originally anticipated. Should that happen, that money would go towards affordable housing, though this would not be on the Liddell Road site itself.

It was sad how little mention was made of the jobs and businesses that will have to leave the premises.