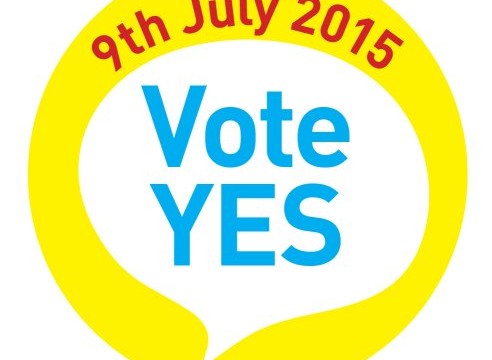 It’s now more than three years since the Fortune Green & West Hampstead Neighbourhood Development Forum (NDF) was set up to draw up a Neighbourhood Plan for our area.

The work of the NDF has been covered frequently by WHL in that time, but if you’re new to the concept of neighbourhood planning, it was introduced by the last government in the Localism Act. There’s a short explanation here.

The Fortune Green & West Hampstead Neighbourhood Plan has been drawn up by local people (all volunteers) and is a result of a great deal work – as well as extensive consultation and engagement. The plan is a long document, but the “Vision” on page 12 gives a good overview of its aims.

The Plan was approved by an independent examiner in January, and is now at the final stage: a referendum of all those living in the area.

It’s the first Neighbourhood Plan in Camden to get to the referendum stage – and only the second in London.

In advance of the referendum, we’ve delivered an information leaflet to every household in the area. This gives people the chance to see the Neighbourhood Plan and related documents on our website and to get in touch with us to answer any questions.

We’ve also had numerous campaign events in the past few weeks – and will be having more in the final few days of the campaign.

We are urging people to vote YES to the Fortune Green & West Hampstead Neighbourhood Plan on Thursday 9th July to:

If you have any questions, want to be involved in the work of the NDF, and/or want to be added to our mailing list, please email:

We do hope as many people as possible can join us in voting YES on Thursday 9th July – to make sure the Neighbourhood Plan is approved and comes into force a legally enforceable document.
(If there’s a NO vote the Plan doesn’t come into force and Camden Council can disregard it).

Where to vote
Thanks to those who’ve already voted YES using their postal votes. For those voting on Thursday, the polling stations are open 7am to 10pm and are at these locations:

The referendum is being run by Camden Council. All the information about the vote, including contact details for the electoral services department, can be found here.

Thanks very much to everyone for their support so far. Please do turn out to vote YES on Thursday, so we can demonstrate that there’s strong support across our community for people to have a say in the future development of our area.