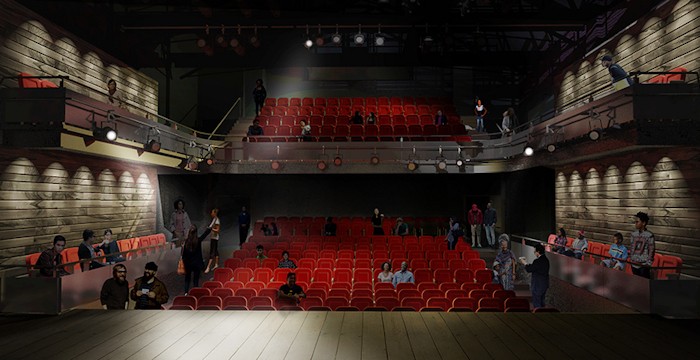 Last Thursday, the Tricycle Theatre in Kilburn held an open day to show off its plans for the “Tricycle transformed“. We learned that the Tricycle really will be transformed. The theatre will close on July 2nd, at the end of the current show (The Invisible Hand), and will remain closed “for about a year”. Fear not, film fans, the cinema will remain open. 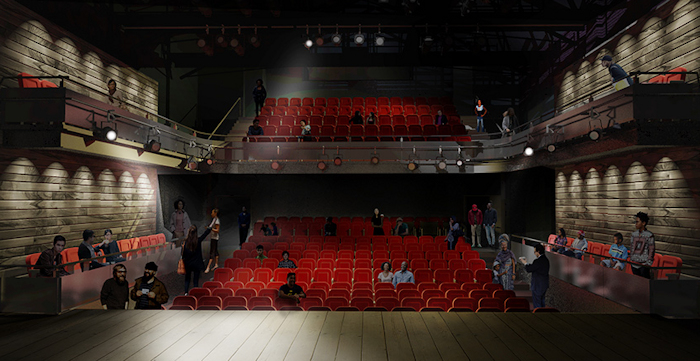 The project has two main goals. The first is to open up the entrance on the Kilburn High Road and completely renovate the theatre. To make it easier to understand — a quick history lesson. The Tricycle Theatre was originally the Foresters Hall, but was acquired by Brent Council in 1980 as a permanent home for the Wakefield Tricycle Touring Theatre Company (so that’s why it’s called the Tricycle). Recently Brent/the theatre also acquired a long lease on the Order of Foresters shop, next door to the current entrance. The plan is to put a café there and so make the Kilburn High Road entrance much more prominent.

The second, and arguably more significant change, is the complete transformation of the theatre. Out goes the 1980s scaffolding seating arrangement, down goes the floor level to allow step free access for disabled theatre-goers (and the number of wheelchair places will rise from two to up to eight), and up goes the number of seats overall, by 50 to 290, with improved sightlines. Not to mention there will be more, and better, loos. Plus, the stage will be enlarged and the original Order of Foresters hall proscenium arch will be more visible.

Overall my impression was it had been well thought through and it will tie the theatre and cinema sides of the Tricycle together. The one controversial issue that arose during the discussions: whether or not to keep the Tricycle carpet. Locals were keen on keeping it, the architects less so … We’re running a poll on Twitter to see what you think. 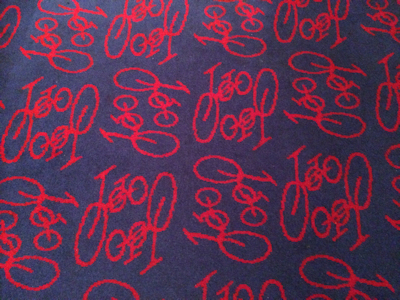 Should it stay or should it go?

All this work doesn’t come cheap, but the Tricycle’s fundraisers have already got an impressive £5.5 million (£2.5 million from the Arts Council and the rest from trusts and donors). They still have a further £750,000 to raise; if you have some spare cash in search of a good cause there are ways to support the project on the website, such as dropping a grand to name a seat.