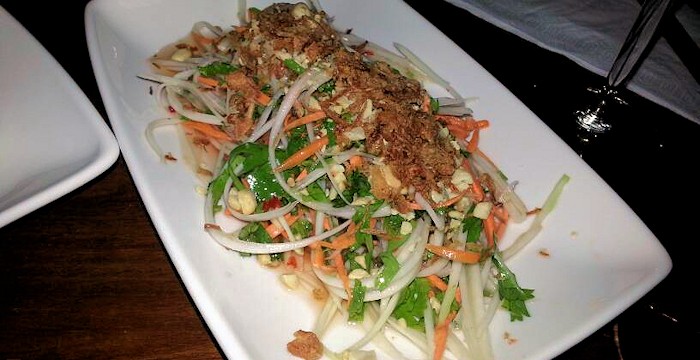 Given my love of loud, obnoxious music and dark attire, and the colour of Jonathan’s new car (he paid me to mention it), one could say, we’re back in black! At least until our new editor Mark realises how utterly ridiculous Tom’s Diner is and promptly closes it down… 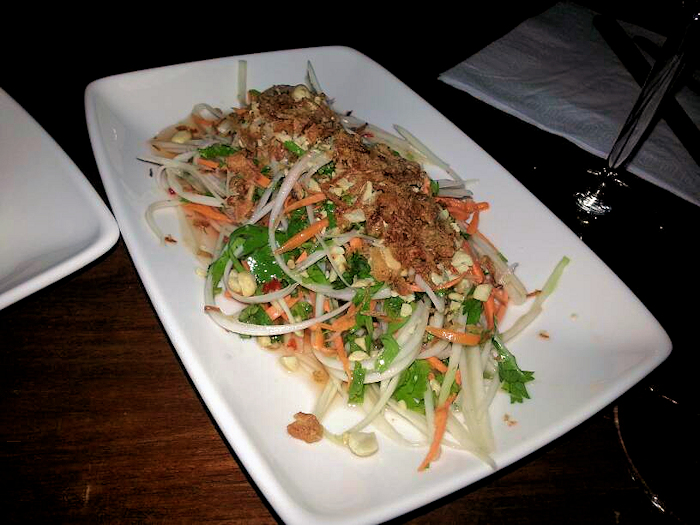 Rolling up to the new Vietnamese restaurant on Broadhurst Gardens, one remembers this isn’t the easiest place to maintain such a business. Our much loved, much missed Spiga put up a brave fight and, more recently, Mamako weathered an early storm to regularly win praise.

I’d honestly thought the eatery was named Phan Tom, which appealed to my gormless sense of humour for several reasons; however once we started eating, we found nothing too ghoulish in the fare. Wonderfully addictive salt & pepper squid lifted our souls, accompanied by a brilliantly flavoursome green papaya salad, positively shimmering with its multidimensional dressing. 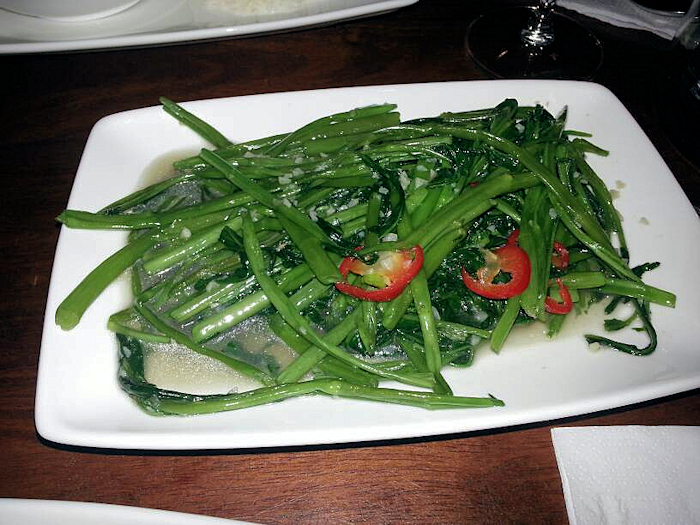 A side of chargrilled aubergine worked well with everything else, and the Morning Glory greens with plenty of garlic were generously seasoned, demonstrating how delicious such simple vegetables can be, their naturally bitter tones complementing the sweeter tastes on the table.

In fact my main of wok-fried pho noodles with prawns was perhaps the one dish which lacked a little firepower. Maybe it suffered somewhat from Whamplord and I spending ages over the starters as we enthusiastically argued over how much the décor had or hadn’t changed (true rock ‘n’ roll rebels, us two) – arriving with the crustaceans slightly tired (not unlike me the next morning) – and with the dish needing a resounding bang of something to elevate it. 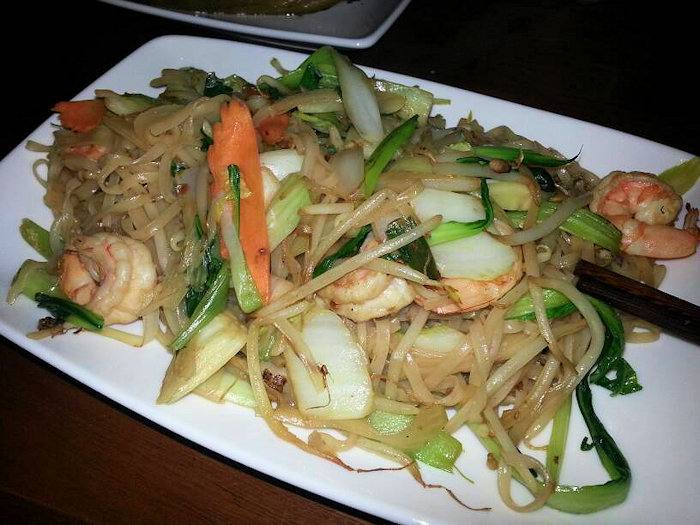 In a rare turn of events, Tom ordered prawns

However, Jonathan was satisfied with his beef curry, which was pleasingly warming and vibrantly yellow. Subtle and enjoyable rather than head-zinging, but as he said, “that’s just fine for a relaxed meal with friends.” We washed down everything with a bottle of Chenin Blanc from the restaurant’s short but perfectly acceptable wine list. 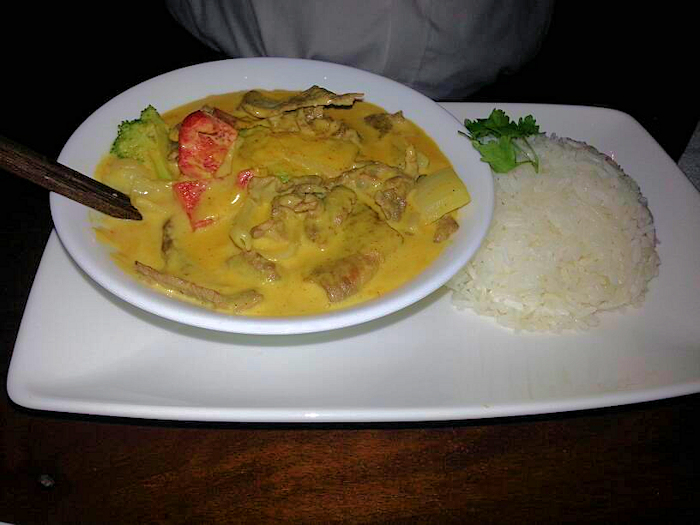 Not head-zinging, but definitely yellow

Charlotte, West Hampstead Life’s new Social Queen, happened to drop by a day or two later and reported that, “The prawn summer rolls were fresh and full to brimming. Great dipped in their tangy sauce. The papaya salad was refreshing (without swimming in dressing) with that necessary spicy kick and a generous topping of peanuts (and something else crispy that tasted delightful). For mains, I had the crispy pancake which was good, and John enjoyed his hot and spicy curry with the house red. Overall, we were well looked after and it was very reasonably priced for a Saturday evening out in West Hampstead!”

All things considered, then, a rather positive start. Front of house was warm and enthusiastic, and the food had a sense of class to it, but without being minimalistic or silly; all nicely gauged.

And if they won’t call it Phan Tom, who cares, that’s what I’m calling it. We’re back in business, #whampers!