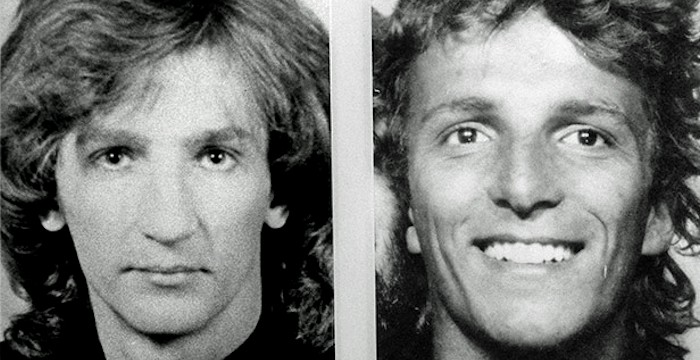 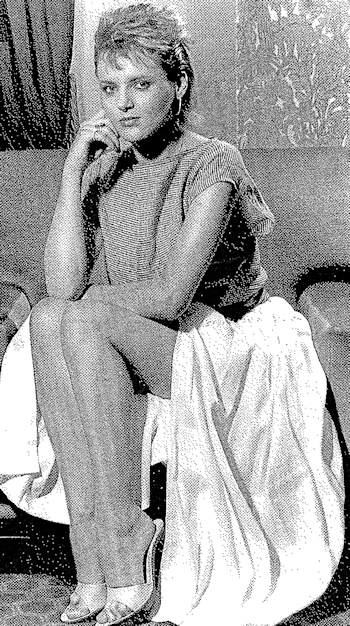 In November 1982, 25-year-old model Sue Stephens moved from 29 Victoria Road Kilburn to share a room with a girlfriend above Lately, the bar at 175 West End Lane. Sue had left her Devon home at 17 and come to London to work and she had, for some time, been the girlfriend of David Martin.

During their relationship, a staggering series of events unfolded, including several shootings, a chase down West End Lane, and an arrest in a tube tunnel. So dramatic, it would eventually be turned into a film.

In July 1982, David Martin stole 24 handguns and ammunition from Thomas Bland and Sons, a gunsmiths in Covent Garden. Martin, 36, was also making and selling pirate videotapes and was spotted when he broke into Colour Film Services, a film processing laboratory in Portman Close to use the copying machines. The police were called. Martin calmly tried to talk his way out by saying he was a security officer called David Demain. But when two policemen tried to detain him, he drew a pistol from his waistband and shot one of the officers.

The Flying Squad also suspected Martin had carried out a £25,000 armed robbery in the City when a security guard was shot. They watched his flat in Crawford Place near Baker Street, but saw only a tall blonde woman leaving the building. Then the police found out that Martin was a cross-dresser and realised the blonde woman was actually Martin. On December 15, the police moved in to arrest him and in the scuffle Martin shot and seriously wounded a constable. Martin himself was also wounded in the neck and taken to hospital where he recovered.

By Christmas Eve 1982, David Martin was on remand at Marlborough Street Magistrates Court, but he escaped. He walked over the rooftops as far as the London Palladium, entering the empty theatre through a service entrance. Martin, who was a skilled lockpicker, boasted that ‘no prison could hold him’, and indeed had escaped four times previously, earning him the nickname of his hero ‘Houdini’.

He was now of course a most wanted and dangerous man who had shot and seriously wounded two policemen. The operation moved from Baker Street to West Hampstead and the Flying Squad set up surveillance of Sue Stephens’ room at West End Lane from an empty flat above the NatWest Bank, which then was on the corner of Broadhurst Gardens and West End Lane, where the convenience shop is now.

On 14 January 1983, police saw her being collected at 4pm by two men in an apple-green Ford Capri. Six unmarked police vehicles followed the Capri down West End Lane through Maida Vale as far as the Portobello Mini Hire in Kensington Park Road. One of the men drove off in the Capri while the other hired a yellow Mini. Sue and a third man, who the police thought was David Martin, got into the car. The police followed the Mini and when it came to a halt in traffic in Pembroke Road Kensington it was surrounded by armed officers on foot. They thought the man in the front passenger seat was reaching for a gun and fired 14 shots into the car, six of which hit and severely wounded him.

The police had made a dreadful mistake. The passenger wasn’t David Martin, it was Steven Waldorf, who bore a striking resemblance to Martin. Despite being severely wounded and one of his lungs filling with blood, Waldorf recovered after several operations. He later received £120,000 compensation from the Metropolitan Police. Waldorf was a 26-year-old assistant film director and a friend of Sue Stephens, but had never even met David Martin. Incredibly, Sue Stephens and the second man in the car, Lester Purdy, were not injured in the hail of bullets 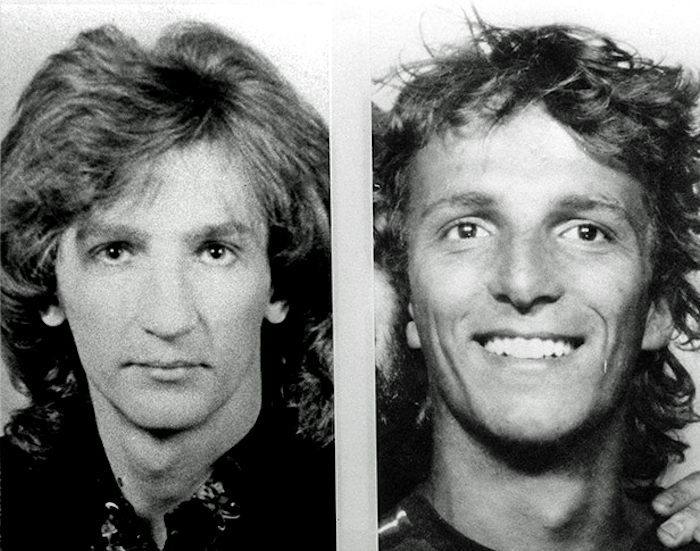 David Martin on the left and Steven Waldorf on the right

The two detectives who fired into the Mini were charged with wounding Steven Waldorf with intent to do him grievous bodily harm and their trial took place in October 1983. The jury found them not guilty of all charges and acquitted both men.

Stephens was understandably very shaken by the incident and agreed to help the police. She told them that Martin had phoned under an assumed name and asked to meet her in the Milk Churn – a restaurant at 70 Heath Street in Hampstead on 28 January. Police observation posts were set up in the Nags Head pub opposite the restaurant and at the Kingswell flats, 58-62 Heath Street.

The police were taking no chances and a total of 35 officers and numerous vehicles were waiting for him. When they saw Martin approaching, detectives flooded the road, but he realised something was wrong and dashed into Hampstead tube station. He ran down the 320 stairs and into the train tunnel.

Passengers were startled as Martin ran through the carriages of a train closely followed by armed officers. He was eventually trapped and arrested in the tunnel between Hampstead and Belsize Park – and for once, he wasn’t carrying a gun.

Gordon Stevenson, the owner of Lately, said Martin frequently visited Sue Stephens in her flat above, sometimes in drag. The tenants had a payphone in the corridor outside Gordon’s flat on the first floor, and he overheard Sue’s conversations with Martin and the Daily Mail reporters who paid £10,000 for her story after the shooting.

Stephens was later sentenced to six months imprisonment for handling stolen goods, but served only 18 days after the sentence was suspended by the Court of Appeal in May 1984. She had taken a large volume of Martin’s stolen goods to Pickford’s warehouse in Fulham and had also placed items in a safe deposit box rented by Martin in Selfridges under a false name. The box was found to contain stolen cash, guns and jewellery.

Martin meanwhile was charged with several robberies and the attempted murder of a policeman. He appeared at the Old Bailey in a 14-day trial in September and October 1983. The jury found him guilty and he was sentenced to 25 years imprisonment. He repeatedly asked Sue Stephens to visit him in prison, but she refused and went back to her parent’s home in Exeter.

Just five months into his sentence, on 13 March 1984, Martin was found hanged in his cell at Parkhurst, on the Isle of Wight. He left a note for Sue saying: ‘All I have is death to take away the pain of not being with you’. His solicitor said that Martin had not expected such a long sentence and was very depressed, spending days lying in his cell doing nothing. Although he did become friendly with a fellow lifer from north-west London: the serial killer Dennis Nilsen who had killed at least a dozen men and boys (and lived at 195 Melrose Avenue, near Gladstone Park Willesden).

In 1994, LWT made a feature film, directed by Paul “Jason Bourne” Greengrass, called ‘Open Fire’. It starred Rupert Graves as David Martin and Kate Hardie as Sue Stephens. West Hampstead resident, Jim Carter, played a Detective Superintendent from the Flying Squad, and there are scenes of him chasing Rupert Graves down Heath Street into the Tube station. But the drama did not use West End Lane, or anything like it, to show where Sue lived. The full-length film is on YouTube (in nine parts). 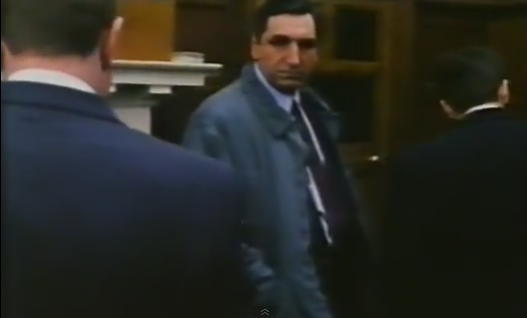 For more information there is also a very good book called The Wrong Man by Dick Kirby (2016).

What have I missed since August 22nd?