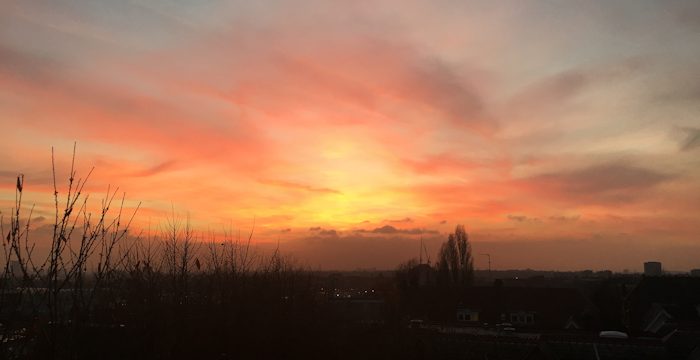 Although there is visible progress at West Hampstead Square, it won’t be opening until January, with some flats not ready until March. Buyers waiting to move in are understandably frustrated. And in the rush to finish, work is taking place on Saturday afternoon, in breach of the construction management plan.

Camden has refused permission for the decking at The Alice House. There is some confusion about the facts, but it does not appear to be a popular decision. The Alice House will appeal.

Feng Sushi was burgled on Saturday night, thieves apparently took the safe. There was also a report of a stabbing outside The Gallery. 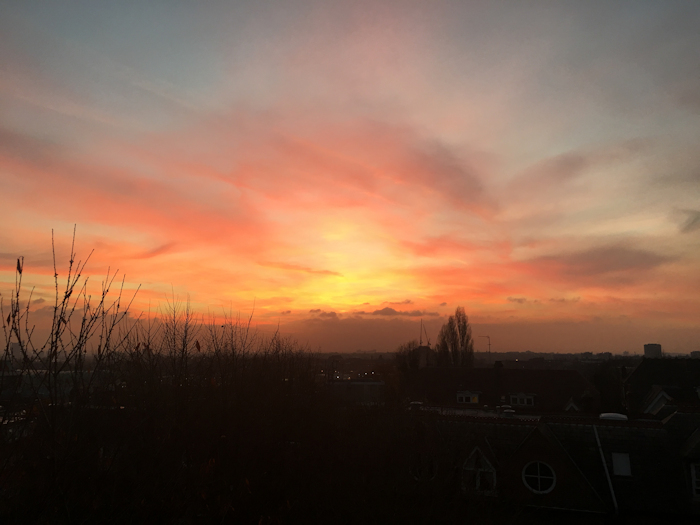 Nazanin Zaghari-Ratcliffe, West Hampstead wife and mother, is apparently at breaking point and on hunger strike in Tehran’s notorious Evin prison. Her worried husband Richard appeared on Channel Four News, the Times ran an editorial calling for her release. and the Ham & High reported fears she is suicidal.

A recent non-fatal stabbing of a medical student on Billy Fury Way has promoted calls for CCTV. Camden and Network Rail are starting work on widening the steps from West End Lane in the New Year, which may help (or may be waste of money).

Some clarity on the rubbish situation on West End Lane: waste is supposed to be put out only between 10am and midday or 10pm and midnight. Clearly this is not happening. The matter was discussed at full Council on Monday with talk of tougher penalties (e.g. £200 fines)

To lose two estate agents, etc. etc. ….The already closed Portico at 322 West End Lane (which bought West End Estates’ rental business) is set to become an osteopath and treatment rooms, and Alexanders’ lease is available as manager Reuben moves on to pastures new (of course it might be replaced by another agents, and Ballymore’s own estate agent is moving into West Hampstead Square.

Meanwhile, estate agents from Paramount were found sleeping on the streets this week – but for a good cause as they were raising money for homeless charity Centrepoint. They are just shy of their £3,600 target if you want to donate.

If you didn’t catch Zadie’s Smith’s NW on the BBC it is well worth watching. Lots of familiar views in and around Kilburn (and a good story).  The opening panning shot includes brief view of the Ballymore blocks. It’s only on iPlayer for two more weeks though.

However, top of the list was a visit to the Good Ship, the music/comedy venue, which faced a hearing about losing its late night licence on Thursday. Thankfully, the hearing went in the Ship’s favour and it will keep its 3am licence.

Were you in Kilburn in the 1950s? Two appeals are seeking more information – firstly from anyone with information about Mr Huckstepp, the butcher of Dyne Road, who saved two lives. Secondly, from locals who might recall the coronation street party in Douglas Road.

1 Woodchurch Road has had more than its fair share of artistic residents, including a Victorian painter, the actor who played Dick Barton and Irish playwright Brendan Behan (a drinker with a writing problem). A reader who lives there told us that even today a musician from a well known band lives in the building.

Author Meg Carter wrote about how authors use place in their work and reminisced about her life in West Hampstead, including the Barbara Vine (aka Ruth Rendell) thriller set here.

Talking of thriller writers, in the past fortnight local author Susie Steiner not only interviewed Jenni Murray for the talk on ‘A History of Britain in 21 Women’ arranged by West End Lane Books, but she also sold the 100,000th copy of her book ‘Missing Presumed’.

Radio 4 broadcast an interview with Josafine Speyer who organises a monthly ‘Death Cafe’ at La Brioche. It’s to discuss death. The next one is on the 12th December.

Twelve things to do in West Hampstead before Christmas