This is the story of a doctor with a good practice in Kentish Town who ended up living in poverty in Kilburn and who died in prison.

Arthur Raynor was born in 1848 in Hull where his father was a linen draper. He qualified as a doctor in 1870 and by April had set up a practice at 16 Warden Road in Kentish Town. His cousin Alfred, a druggist and chemist, shared the house as well as his parents.

On 9 Dec 1873, at St Matthias Church in Earls Court, Arthur married Sarah Ann Bolton. He was 25 and she was a 32-year-old widow. Born Sarah Ann Rowell in Boulogne France in 1839, she had married William Bolton in Paris in 1856 and they had three children. Arthur is shown with Sarah and two step-children at 16 Warden Road in the 1881 census, along with a medical assistant and three female servants. It was a comfortable house, with nine large rooms.

Dr Raynor enjoyed a good life. He was a member of several universities, and had a meteoric career as a consulting specialist in London’s West End. He became notorious for his extravagant life and as an owner of racing horses and steeplechasers. He particularly liked greys and, in the course of his professional duties, acquired a pair from a Duchess. These high-stepping animals and Raynor’s smart carriage were well-known for some years in Rotten Row, Hyde Park. 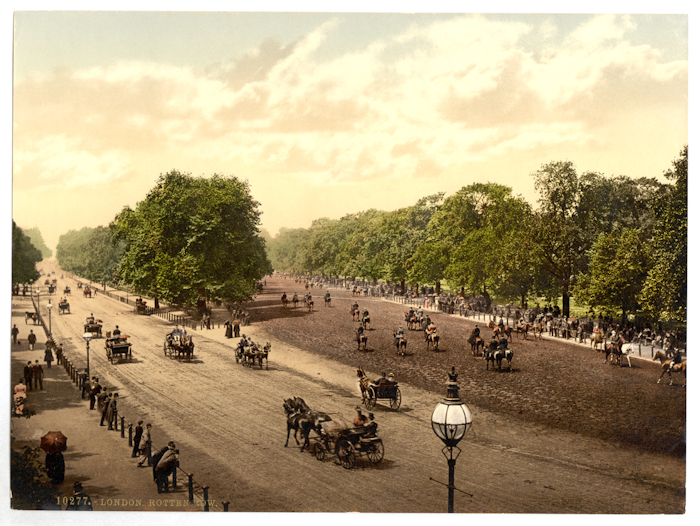 The case of Henry Harbert
Raynor regularly appeared in newspaper reports as he attended victims of local accidents or crimes, and he also performed port mortems. Indeed, he was at the height of his career when he became involved in an unpleasant court case. In March 1887, Constance Elizabeth Coleman, who lived near Raynor in Prince of Wales Road, accused 19-year-old Henry Joseph Harbert of drugging her with gin and raping her. Eighteen-year-old Constance told the court she was a singer in the chorus at the Empire Marylebone and the Elephant and Castle theatres. She was engaged to Henry and testified that on 8 January 1887, she agreed to go to his lodgings in Grafton Road for supper with him and his sister. His sister failed to show up.

After supper, Henry poured Constance some ‘Hollands’ (gin) and said he would be angry if she didn’t drink it. She did, but said it made her feel giddy and she passed out. When she came to, Constance was convinced that, as she put it, something had been done to her. The following week she went to his room again and this time she consented to sex. A few days later Harbert said they should break off the engagement because he didn’t love her and he wanted to go to America. It was soon after that Constance discovered she was pregnant. Harbert’s defence was that he had moved from his room in Grafton Road to Inkerman Road on the 6 January, so couldn’t have committed the offence on the 8th. He believed that Constance had made up the story as revenge because he had called off the wedding.

Raynor gave evidence and verified Constance’s allegations. When Harbert came to trial at the Old Bailey on 29 March he was found guilty and sentenced to five years’ penal servitude.

Henry Harbert’s older brother, who was confusingly called Harry, was furious with the verdict and determined to do something about it. His opportunity came six months later when, on 31 August 1887, Dr Raynor married Constance at St Pancras Parish Church. People began to gossip. Harry made enquires and found out that Raynor’s first wife Sarah was still alive and they were not divorced. In September 1887, Harry put Raynor into custody for bigamy.

Who was the bigamist?
When Raynor was arrested he told the police, I have not committed bigamy. Do you think I would run my head into a noose? He said it was Sarah Ann who was the bigamist. She had not heard from her husband William for 11 years, so assumed he was dead and married Arthur, but in fact William was still alive.

The British Consul in Paris gave evidence that William had died on 24 Jan 1877 in Neuilly-Sur-Seine and so was alive when Sarah had remarried. In court, it was pointed out that Raynor’s testimony had helped convict Harry’s brother: the prisoner was put into custody out of spite. Because his first marriage was not a legal one, there could only be one verdict. Raynor was found not guilty of bigamy.

However, Raynor’s practice suffered badly as a result of the case and he was drinking heavily. His barrister said his client had been almost ruined. The judge agreed: he hoped the inhabitants of the neighbourhood would now change their opinions regarding the gentleman.

But Harry Harbert determined to fight on. He started an appeal on behalf of his brother and asked the Home Office for a review of the case. Following police inquiries, the Home Secretary released Henry and he was granted a free pardon on 29 October 1887. Eighteen months later he married Agnes Jane Pickard and they later had five children. In 1901 they were living in Islington where Henry was a commercial traveller.

Medical malpractice?
As Dr Raynor descended into drunkenness, his practice suffered further and he was forced to move his family first to a series of rooms in Kentish Town and finally to 83 Palmerston Road in Kilburn. There it seems he worked from a rented surgery in Kilburn High Road. Arthur and Constance probably moved to Kilburn about 1906 and their two daughters Marie aged 6 and Grace aged 12, started at Netherwood School that September.

Later that year, Raynor was arrested at Palmerston Road. On 8 November 1906 he appeared at Marylebone Police Court charged with the murder of Mrs Anne Lillian Martin, who had died on 28 October. The coroner ordered that her husband George Martin should appear in court, but he had disappeared and the police could not find him.

Raynor was due to appear at the Old Bailey when the Grand Jury threw out the charge of murder which was changed to manslaughter. At the trial, Annie’s mother said she and her daughter had visited Dr Raynor at his surgery in Kilburn High Road in September 1906. They had previously known Dr Raynor in Kentish Town. Several weeks later Annie had companied of pains and on 18 October Dr Raynor and his wife Constance visited her at home in Malden Road Kentish Town and he treated her. The following day Annie miscarried. She complained of feeling ill and Dr Raynor visited her again and gave her some medicine.

On 28 October she was so bad that her husband George called two local doctors who decided they had to operate immediately to remove foreign matter. But Annie died the following day of blood poisoning and acute peritonitis. The post mortem found that an illegal operation had been performed, in other words an abortion, which had caused a wound and an abscess. The prosecution argued that the instrument used by Raynor to induce the miscarriage was dirty. They also suggested that he was drunk. In court, Raynor was grey-haired and appeared very haggard and worn. He walked badly with a stick and when he went into the dock he pleaded in a weak voice, I am innocent.

At the trial Detective Inspector Arthur Neil of ‘Y Division’ based at Holmes Road Kentish Town, said over the years he had received frequent complaints of medical malpractices by Dr Raynor. The police had continued to watch him and try to find sufficient evidence to bring him to justice. Inspector Neil said the two rooms Raynor and his family occupied in Palmerston Road were in a deplorable state, not a penny in it to buy food. Feeling sorry for her, Neil and his officers had given Constance cash from their own pockets. (Later, Neil who had a very successful career, became one of the ‘Big Four’ Superintendents in charge of the CID at Scotland Yard).

On 10 December 1906, after hearing the evidence, the jury at the Old Bailey, found Raynor guilty of illegal abortion and the manslaughter of Mrs Martin. He was sentenced to three years imprisonment. But before completing his sentence, he died of throat cancer in Parkhurst on the Isle of Wight at the end of August 1908. His wife Constance and her daughter Marie emigrated to Canada in December 1916. Constance remarried and died in Vancouver in 1941.

The sad coda to the story was that on 7 January 1907, more than two months after he went missing, George Martin’s body was found in a ditch at North End, Hampstead Heath, in just nine inches of water. A note in his pocket said, “God bless my children: my heart is broken. God bless my mother.” The cause of his death was suffocation from drowning. The verdict of the inquest jury was suicide, but they expressed no opinion about his state of mind. We do not know what happened to the two orphaned children of George and Annie.