Proposed changes to bus routes will mean ‘West Hampstead’ may fall out of London’s collective consciousness as the words will no longer appear on the 139 bus as it heads north from Waterloo.

Having pulled an earlier consultation on changes to the bus routes that run north on the Baker Street corridor (funnily enough right before the Mayoral elections). TfL consulted again on the same proposals in August, and this time the outcome is to push through the proposed changes, which are due to be implemented from the late spring. A former councillor once explained this approach as being ‘consult and ignore’. 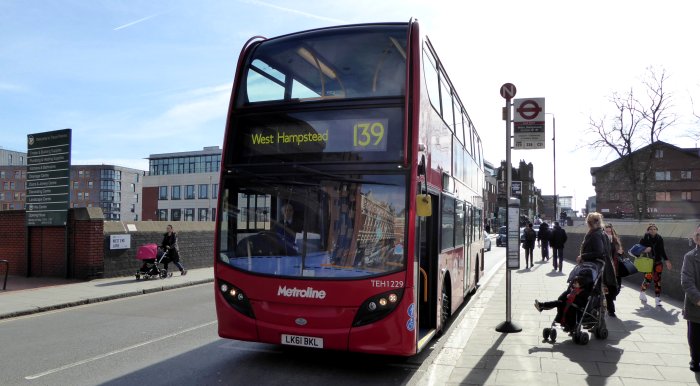 Disappearing signage aside, the changes are probably overall good news for West Hampstead (hence the majority support for the 139 changes). The 139 will now run all the way to Golders Green, which will mean the end of ‘ghost’ buses that run empty along Mill Lane as they return to the Cricklewood depot, and that have been such a bugbear. It will also increase the frequency of buses between Golders Green and West Hampstead. 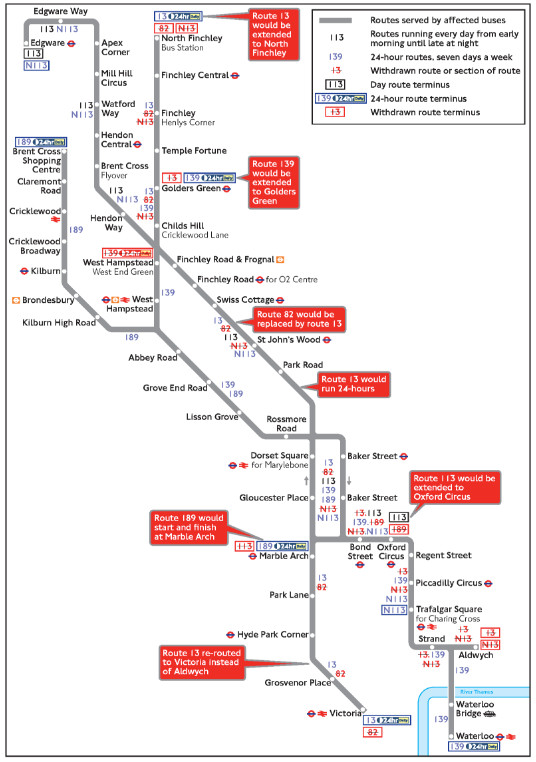 The other change that affects West Hampstead less directly is to remove route 82, but increase the frequency of the 13. Not that the 13 will be the bus it once was – it effectively becomes the new 82 (still with me?). The 13, which currently terminates at Golders Green, would continue to North Finchley (where the 82 currently ends). Southbound, it would no longer terminate at Aldwych, but instead finish at Victoria (where the 82 currently terminates). To recap: new 13=old 82.

For occasional users of the buses up and down the Finchley Road, the overall loss of frequency during the morning rush hour is likely to be the biggest negative change. More regular users might notice a bigger difference.

The other (minor) proposed change is that the 189 would end at Marble Arch instead of Oxford Circus. This means that neither the 13 nor 189 would run down Oxford Street, helping to reduce the excessive number of buses along there. If you want to come back to West Hampstead from Oxford Street, you either take a bus to Marble Arch and change, or wait for a 113 or 139. The new one-hour hopper fare (or transfer) means anyone using an Oystercard or contactless card does not have to pay again for a second journey taken within one hour of joining the first bus. So no extra cost, but more waiting around potentially.

Meanwhile, we shall mourn the loss of that small sense of pride of standing by Piccadilly Circus as the 139 to West Hampstead hoves into view. And no more will Emma Hignett, the voice of the bus announcments, chime out with, “This is the 139. To. West Hampstead”. End of an era.

What have you missed since January 23rd?