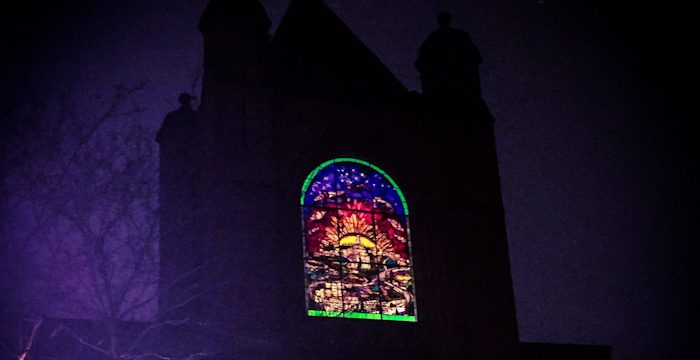 West Hampstead is an “area of intensification” – how far are we to meeting the 2031 housing target? (Spoiler: Very).

In Valentine’s week, what better than an Insight into one of our local florists?

Swiss Cottage councillor Andrew Marshall, who has already said he will not seek reelection next year, left the Conservative party over Brexit, and will sit out his remaining term as an independent. 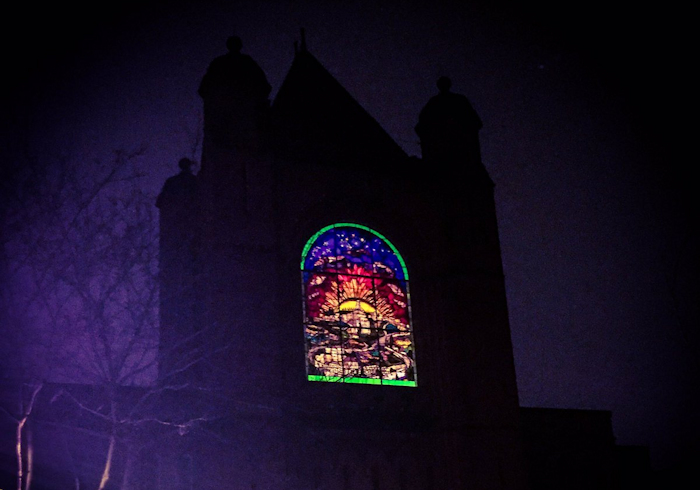 Never realised how colourful the stained glass is at Hampstead Synagogue. Quite beautiful. via Chris Simpson

The Alliance was up for auction, but bidding stopped at £3.9 million, short of the £4.1 million reserve. The developer paid £2.7 million for it only a year ago, so it seems a £1 million profit in a year wasn’t enough.

From one baker to another: Wenzels has opened where Dylan’s used to be.

From one south-east Asian restaurant to another: Ladudu, which closes at the end of March, is set to become a Rosa’s Thai.

West Hampstead Square has opened up… for deliveries!

What is happening at Lena’s Cafe after the Porsche accident? Nothing it appears. Turns out a new owner bought the café only a month earlier. How’s that for bad luck.

Londis on Mill Lane was broken into last week.

A 16-year-old was arrested and charged with the shooting of Yasir Beshira in Kilburn earlier this year. A 17-year-old was released on bail and two other men are in custody.

A West Hampstead woman returning home from a funeral was killed after being hit by a lorry near Euston.

The planning application to install a large mobile phone mast on Blackburn Road was refused.

It’s a long read, but if you care about Camden’s budget then this piece by finance chief Theo Blackwell is interesting.

Minkies ran into all sorts of trouble on Twitter over dumping rubbish on West End Lane. Public pressure (and possibly a letter to the boss) seems to have paid off and at least the rubbish is now correctly bagged.

Talking of rubbish, It’s the WHAT AGM at the library this Monday and the public discussion will be on rubbish. Come along, quiz Camden and have your say.

Full house for Downton star’s romp through an illustrious career