The Kitchen Table as we know it, bows out after 10 years.

The rubbish situation continues to drive West Hampstead crazy. It’s nearly three months now and the local councillors, not just the Labour ones, say ‘it’s settling down’. Really? Yet…they did finally start taking some action on a particular black spot (this is what it normally looks like) , but appear ignore many others. Hidden in plain sight. Then there are the missed collections and @fengsushi isn’t making itself popular.

There have been a rash of crimes in the area recently; a mugging on West End Lane, an attempted burglary on Sheriff Road , an actual one by Fortune Green, several windows smashed on West End Lane shops, and a burglary and car windows smashed as well. Take extra care, and if you are victim of a crime please report it to the police so they can get a true picture of the situation. 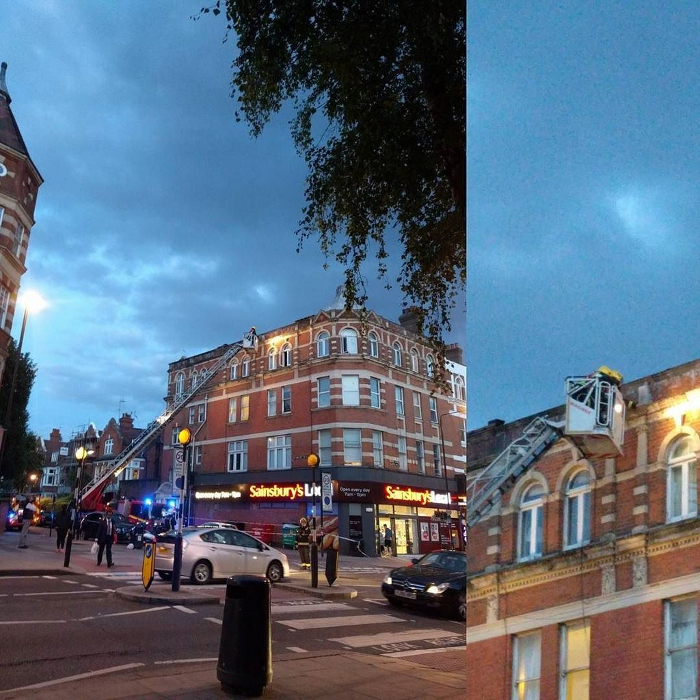 Falling masonry on Fawley Road brings the fire brigade out. Image via @jemimahknight

Our historians tracked down a missing cinema on Kilburn High Road.

And in a twist of fate there is a(n other) large-scale planning application for that same site.

Swiss Cottage’s Tory council candidate for next year’s local election, Calvin Robinson, appeared as the poster boy for a Government teaching campaign and then railed against left-wing brainwashing in schools.

Local MP Tulip Siddiq has arranged a debate in Parliament this week on British prisoners in Iran, including West Hampstead mum Nazanin Zaghari-Ratcliffe.

Remember the lost tortoise last week. Apparently it was not one, but two different tortoises. Both found and back home. But maybe they were trying to meet each other? A tortoise tryst thwarted?

Some good property news, of sorts, Kilburn offers the best choice of rental properties in London.

In a sponsored post, the Studio Society updates us on its gym which is opening very soon on Fortune Green Road.

It's probably me, snoring. Sorry.