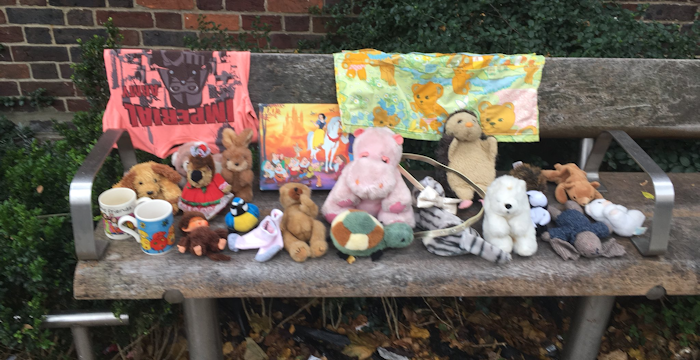 A local resident was scammed at Barclay’s cashpoint. Don’t let it happen to you.

Phone thefts are still an issue and the West Hampstead SNT was handing out this advice.

A woman’s body was found by Menelik Road. Her death was not being treated as suspicious 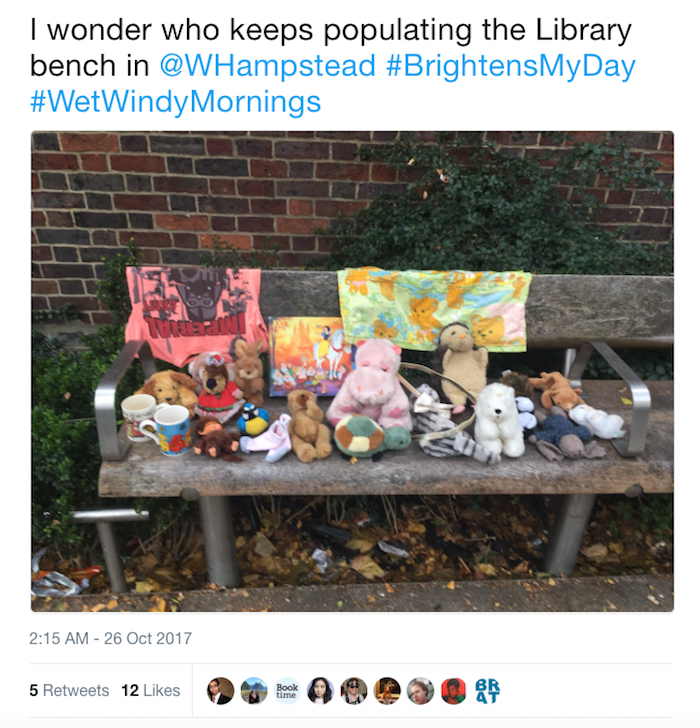 Who does this leave this apparently never ending supply? wondered Mandira Bhimjiyani? (and WHL too).

WHAT held its public meeting on rubbish and recycling. We know it is an issue dear to your hearts but seems that while lots of you can tweet the tweet, coming to a public meeting was a bit too much of a commitment … Still, it was a good turnout and those that were there, although sympathetic to recycling and terribly polite, gave Camden and Veolia a thorough grilling. More details next week.

A couple of events for Halloween – treats (and maybe face-painting) on offer by Fortune Green or how about decorating a chocolate skull? (cost involved)

The Good Ship closed, but fortunately, its popular comedy club has sailed over the Colonel Fawcett in Camden.

Georgia Gould the new leader of Camden Council has been out and about in sunny West Hampstead.

West Hampstead resident (and Countdown champ) James Slater has been selected to stand as a Labour candidate for Hampstead ward, and at 19 he’s the youngest candidate.

Work began on La Brioche – apparently it’s going to have a brunch focus during the day and then become a restaurant at night. So nothing at all like its next-door neighbour The Wet Fish Café then.

Someone ‘clocked’ that at long last Lena’s Cafe 2 is reopening under a new name… Salad and coffee apparently.

It was a Whampdinner – they really are great fun. If you want a fun night out, with good food and meet some cool new people, sign up. If you don’t, then don’t. (next Whampevent is a Whampdrinks on the 30th Nov).

A teenager (16) was convicted of the shooting of Yasir Beshira last December in Kilburn. A 21 year-old accomplice from West Hampstead was also convicted of the murder. Another defendent was found guilty of manslaughter.

More about the man stabbed in that terrible phone theft incident in Little Venice his alleged killers were arrested in West Hampstead.

It was the Community Associations quiz night in Emmanuel Church.

As if we don’t already have enough trainlines, there is a suggestion that HS2 runs via … West Hampstead!

Ever wondered what it was like to be an older person using local buses?

Mill Lane was resurfaced and for a few brief moments was truly ‘car-free’.

The Friends of Library put on an EXCELLENT evening with Graham Gouldman.

Property madness 2. This guy spotted an empty house in West Hampstead. And it earned him £10k! Though apparently it wasn’t actually empty and now the tenants are being asked to leave.

Property (not madness) LSE have digitised Booth’s map of London poverty. West Hampstead is on the edge, it was mostly ‘Middle class. Well-to-do’, ‘Fairly comfortable. Good ordinary earnings’ with some ‘Mixed. Some comfortable others poor’. No change really.

Camden is submitting a bid to be the London Borough of Culture at the end of November. Now is your chance to have a say.

WHL went to Amnesty UK’s performance of ‘Looking for Mummy’; the dramatisation of West Hampstead resident Nazanin Zaghari-Ratclilffe’s imprisonment. It was an excellent and moving portrayal of complex issue.

And another (younger) West Hampstead resident received a letter. So what you wonder? Well, it was from Paddington Bear!

After a bumper week last week – as you can see from the newsletter, a bit quieter this week.  But keep and eye out for ’10 things to do in November ‘.

Wed 1st Nov. – Mark Forsyth on a “Short History of Drunkeness at WEL books. Might include glass of wine (geddit).