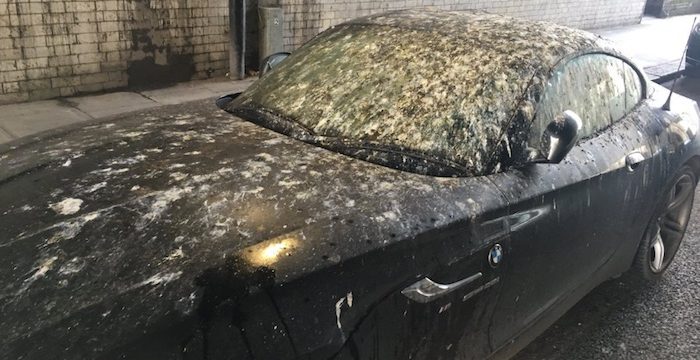 Welcome back! Hope you had a good holiday break. What has been happening in West Hampstead at the start of 2018?

On New Year’s day, it was 56 Years since the Beatles came to Decca’s West Hampstead studio (now ENO) to audition … and were turned down. Our historians investigated why.

Part of the pavement on West End Lane was roped off on New Year’s day following an assault early in the morning. One of the baristas from Caffe Nero was heading to work to open up when he was assaulted from behind by two men, witnesses outside the Black Lion said. The poor guy was taken to hospital where he had some stitches but otherwise was mainly bruised. He has been off work, but he should be back this coming week.

Need to shed some Christmas kilos? Our gym correspondent looked at some of the newer West Hampstead options to help you tone up. 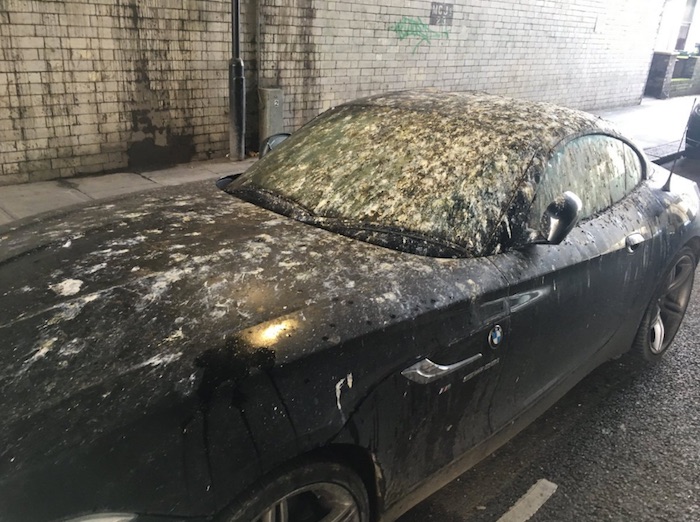 And this car was crunched on Gascony Avenue during storm Eleanor. Pic thanks to the owner Rhona 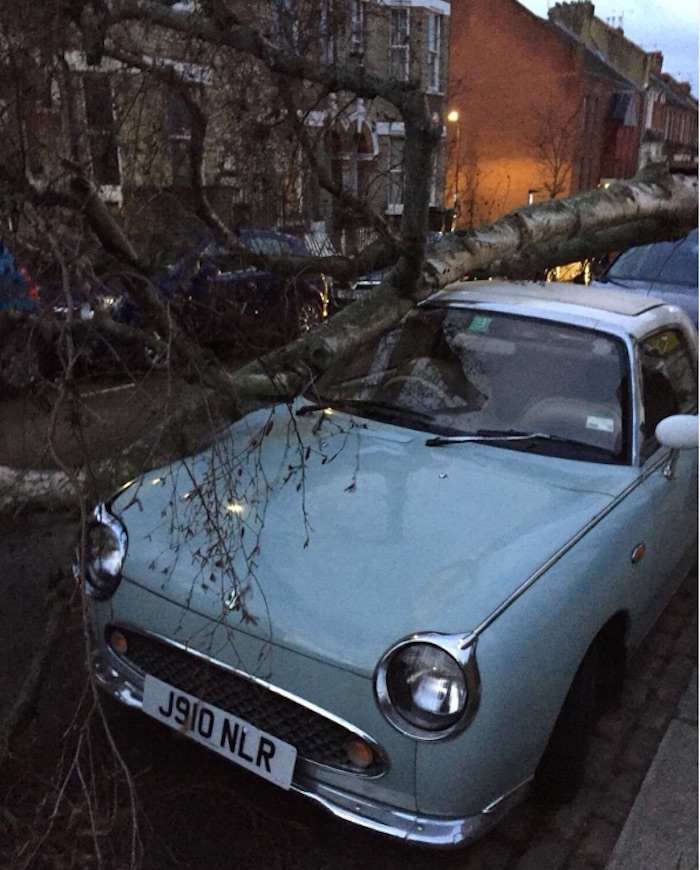 And this car was crunched on Gascony Avenue during storm Eleanor

And talking of cars, this lovely one has been stolen! Anyone seen a red Porsche? There have been a spate of car thefts in the area (including Shiva Tiwari’s – one of the Labour candidates for West Hampstead). Be extra careful.

There have also been some more moped snatches.

Burt Kwouk’s widow sold his copy of two Pink Panther scripts at auction to raise funds for the Marie Curie hospice where Burt was cared for in his final days.

The new owner of the student housing on Blackburn Road has put in a planning application to add an extra story (and 41 more bedrooms) on top.

The Council have pencilled in £26.8 million from the sale of Liddell Road (which it granted planning permission for flats and office space).

In a not very surprising move former Conservative Cllr Andrew Marshall (who quit the party over Brexit) has announced he will join the Lib Dems, but won’t be standing for a seat.

The Clock Cafe (formerly Lena’s) reopened (after nearly a year!) with much the same food, which was popular before.

amibento, the new Japanese place has opened (where the Chinese takeaway was). It’s a welcome back to West Hampstead for the owner who used to work as a chef at Sushi Gen when it originally opened. They also have a restaurant in Chelsea apparently.

There was a classical concert in the Sherriff Centre, with all tickets sold; a Bechstein piano, a well-known tenor and comfy sofas. It was the first of a series.

Tiger (the cat) who was lost at the end of last year, was found on New Year’s Eve. Hurrah. The owner was very thankful for all the help finding Tiger.

Quite a few locals were concerned about the state of Fortune Green after Pines and Needles, the Christmas tree sellers were gone. Camden does have a deposit and are aware, but can’t do any re-seeding until Easter (it isn’t warm enough for the seed to germinate). However, grass has its own powers of regeneration and the Green is already looking a bit better, but we will have to see.

And a reminder to recycle your Christmas tree, whatever it’s size if you haven’t already – at Fortune Green or Kilburn Grange

Classical concert kicks off the new year at the Sherriff Centre