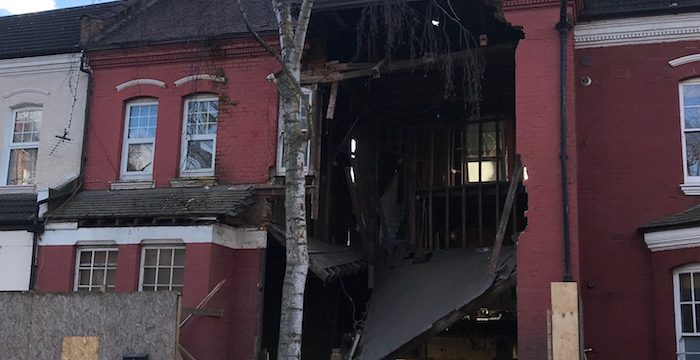 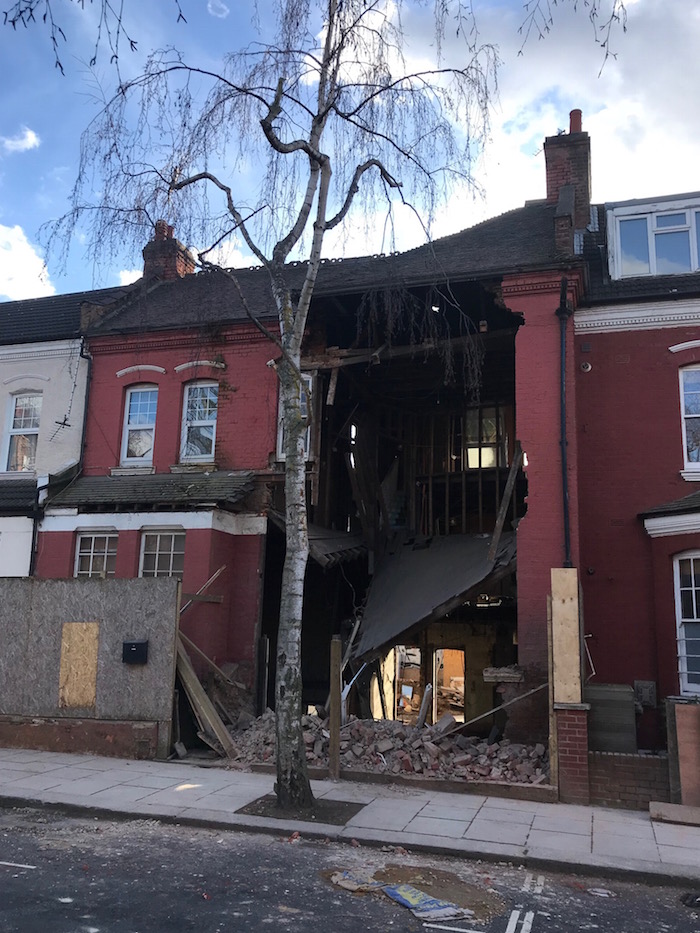 At midday on a quiet Monday, Sumatra Road was shaken (literally) when the walls collapsed on a house undergoing renovation. At the time of the collapse, first tweeted by Chris Simpson, there were builders in the house, 163 Sumatra Road, but they saw ‘the writing on the wall’ when large cracks appeared and were able to get out in time.

Firefighters were quickly on the scene, confirmed that there was no-one injured and evacuated neighbours as a precaution. The Fire Brigade posted more photos of the house, including an excavator, which was working in the basement.

The house had been empty for over a decade. It was sold in 2006 by a family that had lived there since 1947. It was up for auction a couple of times over that period, while the owner/developer was seeking planning permission for conversion into flats, most recently in 2015 for 4 flats (2 x 1 bed and 2 x 2 bed) as well as the conversion of the basement. The developers went to appeal over their 2015 application, but this was turned down (although the actual reasons were unclear). Camden didn’t object to the conversion but wanted to make it car-free and ensure payment of financial obligations.

The story has been widely picked up; by the Mail Online, the Independent, the BBC, the Standard as well as the local press. The Mail Online’s story took the biscuit though as it described it as a “Terraced house in millionaires’ row where homes cost £1.5m collapses“. Sumatra Road is nice enough, but it’s not exactly millionaires row.

What have you missed since February 5th?