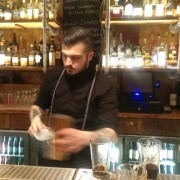 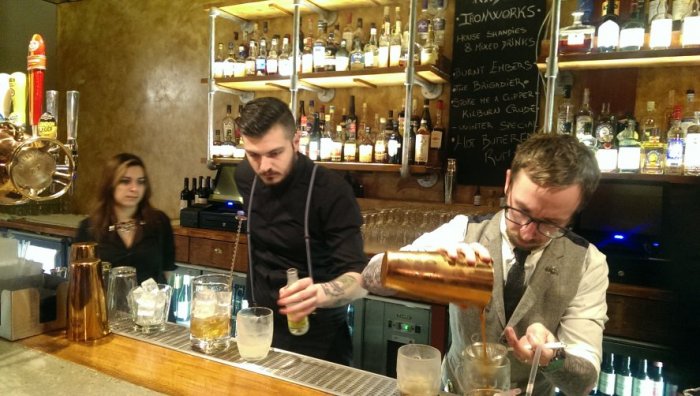 On Friday evening, business partners Will Partridge and Jimi Pearce opened the doors of Kilburn Ironworks to welcome suppliers, the press and a few other invitees.

Kilburn Ironworks is where Vince Power’s eponymous bar/club used to be on Kilburn High Road near the junction with Iverson Road. It has changed almost beyond recognition with exposed brickwork, an open kitchen and a girder that almost seems to float above the bar. Some late-addition railroad tracks in the floor are a nice industrial touch, but thankfully there’s no sense of any theme being rammed down your throat.

Which leaves plenty of room for drinks. 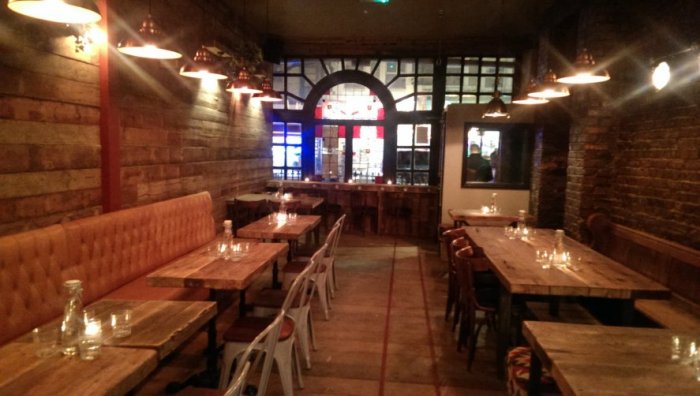 When the bar officially opens on January 1st, it will offer a wide range of beers both draft and bottled and mostly from British breweries such as Beavertown and Meantime, as well as fashionable favourites like Iceland’s Einstock.

There’s also a cocktails and shandies list – still in its early stages, but first tastings were encouraging! 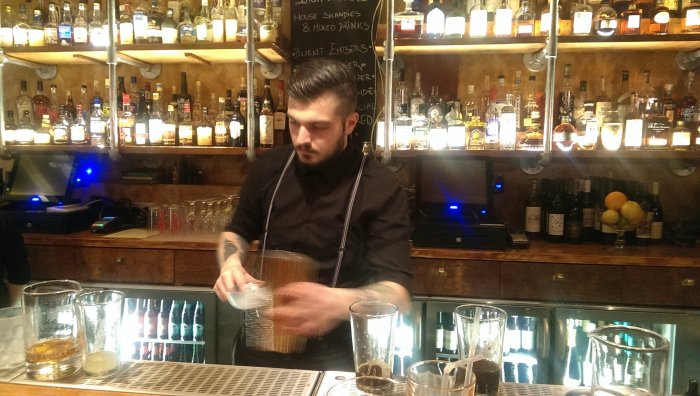 The kitchen won’t open until the end of January, and if the drinks offering sounds like One Sixty’s the food will be different. Still quite meat-heavy by the sounds of it, but no pulled pork in sight, Will assured me. Their plan is to have a relatively simple menu with a focus on more British style dishes.

The bar is well positioned in that cluster of the North London Tavern and Brondes Age. It could easily take trade away from both. There’s plenty of seating, and with experience of running bars in Islington and Shoreditch, Will and Jimi should know how to get (and keep) the crowds.