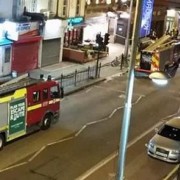 A fire broke out in a kitchen on the upper level of the Brondesbury Medical Centre on Kilburn High Road last night, meaning customers at the neighbouring Tricycle Cinema had to be evacuated. 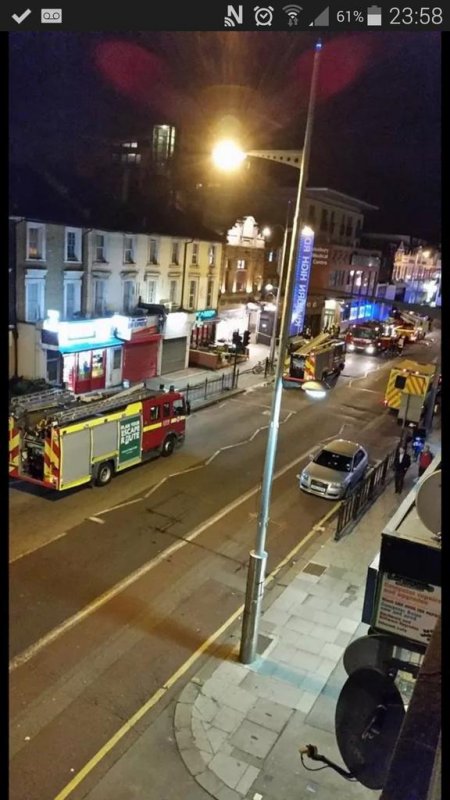 The theatre performance had ended for the evening; however around 400 cinemagoers were in the building for a screening of Gone Girl when fire crews arrived at around 9.40pm. London Fire Brigade confirmed on their website that the fire was under control by 11.10pm. They managed to contain it to the kitchen where it started, so the only damage to the public area was to one TV screen, and some smoke damage to the adjoining areas.

Staff at the Tricycle box office today confirmed that the theatre and cinema complex was unaffected by the fire, with no smoke or water damage.

However, the doctors’ surgery was closed, with notices on the door advising patients of alternative medical services. 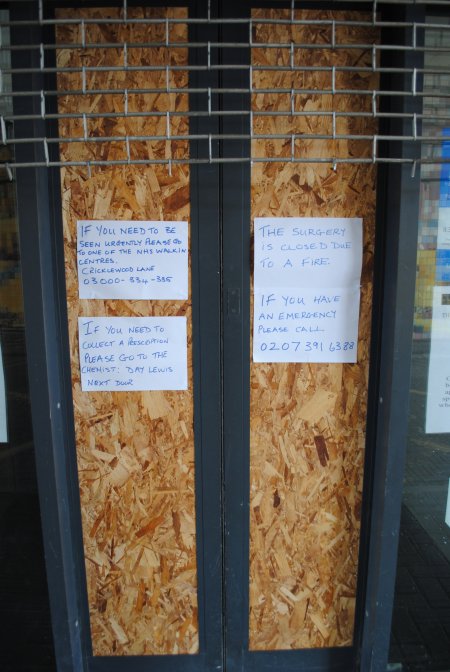 The door to the Brondesbury Medical Centre this morning