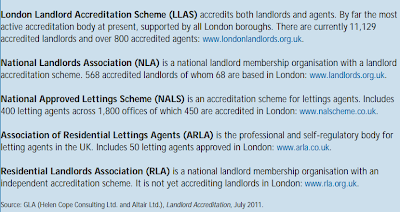 It’s been a month now since the dust settled on the 187-199 West End Lane development. You may recall that the plans had to go to City Hall where the Mayor would take a decision on them. His decision, or at least that of Sir Edward Lister, deputy Mayor and Chief of Staff, was to allow Camden to determine the case itself. In other words, City Hall saw no reason to intervene.

Building is scheduled to start in the spring of 2013, although it is unclear when the site is likely to be cleared – which is of specific interest to the businesses on the site, some of whom have commented on a previous post.

Below is the relevant planning report from the Greater London Authority from March 27th, with some paragraphs highlighted by me.
GLA Planning Report 27.3.12 187-199 West End Lane

It was the news many residents feared. On Tuesday, City Hall decided not to raise any objections to the proposed development of 198 flats, including a 12-storey tower, in West Hampstead. Here’s the relevant extract from an e-mail sent by the public liaison team:

“On 27 March 2012, Sir Edward Lister, the Deputy Mayor and Chief of Staff, acting under delegated authority, considered a further report on the matter (PDU/2832/02) and decided that he was content to allow Camden Council to determine the application itself, subject to any action the Secretary of State may wish to take and therefore did not wish to direct refusal.”

Camden has already approved the plans, so it rather seems as if that is that. The developers had previously stated that work would start in spring 2013 and it’s a two-year build. It will be interesting to see whether the height and scale of this development prompts other developers to be more ambitious with their own plans for other sites as and when they come up. Are we entering an era of high-rise West Hampstead?

A group of West Hampstead residents unhappy with Camden council’s decision to approve the plans for 187-199 West End Lane have written to City Hall (and David Cameron!) to express their views. The Mayor’s Office will be deciding the next steps with all outcomes still on the table. The full text of the letter is below.

I’ve followed up with a couple of the councillors who voted in favour to find out their reasoning in light of the strength of objection to the scale of the development. The response has been much the same as Cllr Hayward’s comment on the night: “given the other benefits I think we should approve it.”

Cllr Jonathan Simpson said, “There didn’t seem a policy reason to vote against,” while Cllr Andrew Marshall tweeted: “on [a] scheme like this it’s overall balance, but housing volume, the section 106, the square, plus I’m not so anti tall buildings!”.

Given the complexity of planning decisions, there is a view that if the planning officer who has worked with the developer feels it should get the go ahead, it is hard for the committee to object.

The more I dig into all this, the less convinced I am that some of the emotive language in this objection letter, such as “It will have a chilling impact on the local community,” is especially helpful. As someone whose main objections are the height/scale of the development, the siting of the affordable housing, and what I see as a lack of rigor in the analysis of the traffic/parking situation, I’d rather see less “chilling impact” (although such rhetoric might appeal to Boris), and more of the dull sentences like:

“The height, bulk and density of the development is far above the existing historical, mainly Edwardian and Victorian dwellings and contravenes Camden’s Core strategy CS14.”

That is, fewer subjective issues and more policy reasons for a committee to demand some reduction in scale.

What’s CS14? This refers to the section in the council’s Core Strategy document on “Promoting high quality places and conserving our heritage”

“The Council will ensure that Camden’s places and buildings are attractive, safe and easy to use by: a) requiring development of the highest standard of design that respects local context and character;”

“Our overall strategy is to sustainably manage growth in Camden so it meets our needs for homes, jobs and services in a way that conserves and enhances the features that make the borough such an attractive place to live, work and visit. Policy CS14 plays a key part in achieving this by setting out our approach to conserving and, where possible, enhancing our heritage and valued places, and to ensuring that development is of the highest standard and reflects, and where possible improves, its local area.”

When I raised this “context and character” point with one of the councillors, the response was that it didn’t apply to this development because it wasn’t in a conservation area, but conservation areas are dealt with separately; this is a borough wide strategy.

Clearly it’s possible – indeed correct – to argue that this site is not a “valued place”, but this local context and character is more interesting. This is partly about architecture, and the developers would argue that the choice of colours and building materials does broadly fit in with the local area. But what about the scale? Paragraph 14.8:

“While tall buildings offer the opportunity for intensive use, their siting and design should be carefully considered in order to not detract from the nature of surrounding places and the quality of life for living and working around them. Applications for tall buildings will be considered against policy CS14, and policies DP24 Securing high quality design and DP25 Conserving Camden’s heritage in Camden Development Policies, along with the full range of policies on mixed use, sustainability, amenity and microclimate. Effect on views and provision of communal and private amenity space will also be important considerations.”

“The Council will require all developments, including alterations and extensions to existing buildings, to be of the highest standard of design and will expect developments to consider: a) character, setting, context and the form and scale of neighbouring buildings;”

One might argue that being twice the height of existing buildings, is not considering the character or scale of neighbouring buildings. The full text of DP24 is worth reading (the entire DP document is on Camden’s website).

West Hampstead is mentioned specifically in the Core Strategy docment, under CS7 “Promoting Camden’s centres and shops”. Here are some of the relevant bullet points:

The development does tick these boxes – whether you think it’s the best way of achieving these aims is another matter, but it will help improve the interchange area.

So, anyway, those of you that want to carry on the fight to make this development more reflective of West Hampstead’s “local context and character”, should get your objections in. Our London Assembly member is Brian Coleman. If you’re a glutton for reading, then here’s the document that explains the Mayor’s role in strategic planning, alternatively, there’s a brief overview. Or you may feel that, given development on this site is inevitable, this proposal could be worse. It’s all the Ocado drivers delivering groceries to 200 flats down one narrow access road that I feel sorry for!