You are here: Home / News / film on fortune green 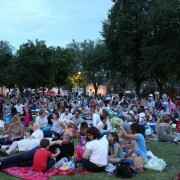 This Saturday, the Friends of Fortune Green is putting on its first screening of the summer. The film will be Arrival it’s a science-fiction movie from last year that got generally pretty good reviews. it will make you think and feel, but I don’t want to give too much away.

Due to popular demand, the screening will be cycle-powered. So, West Hampstead we need your leg power. There will be a couple of kid-suitable bikes for the younger audience members. But not too young as it’s a PG-13. 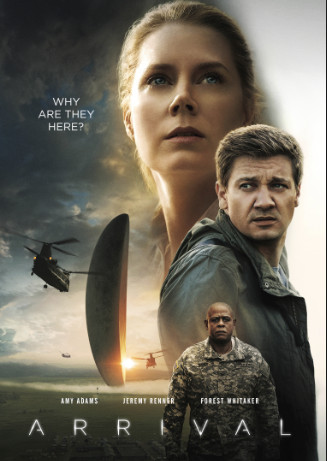 As we’re almost at the longest day, and it needs to be dark for anyone to see the screen, the film will start at about 9.15pm. However, as those of you who’ve been to previous Films on Fortune Green will know, you need to get there early to bag a good spot.

It is an obvious bring-a-picnic event but Fortune Green offers other options; the Green Room is offering a hotdog, tortillas and popcorn special (best to pre-order), Nautilus has fish n’ chips (obvs) or if it’s a curry you’re after there is Bombay Nights. Whatever you chose, please take your rubbish home with you and keep the Green clean!

This weekend is also the Big Lunch/Jo Cox Great Get Together, so the aim is not only to show a great movie but to bring West Hampstead together at what continues to be a febrile time. Come along, meet your neighbours, celebrate your neighbourhood.

How much does it cost? It’s free; but… this screening is more expensive than the last couple. It’s costing more than £2,000 (including £100 to Camden for use of the park). A good part of this cost is sponsored by local estate agent Benham & Reeves (thank you) but the Friends are having to dip into their reserves so – if you can afford a donation it will allow them to put on future films (and if you don’t they can’t)!

There is a second summer screening planned for August 12th. As it is during the summer holidays it will be more kid-friendly (and will start earlier), though the exact film is to be decided.