You’ll recall that back in November, Belsize fire station was on a list of likely candidates for closure. West Hampstead station was always safe, even in the drastic 31 station closure model.

No shock then to see Belsize on the final list of stations to close, announced by the London Fire Brigade (LFB) this week. The surprise is that this list runs to just 12 stations, five fewer than the minimum-impact model published in November. Seven of the remaining 100 stations will lose a fire engine, and four will gain one bringing the total number of appliances down from 169 to 151.

In my last article I discussed the impact on response times of the various proposals in some detail. The increase in times in some boroughs seems to have been one of the main reasons behind the decision to close fewer stations (this also means that the LFB still needs to find around £5 million in further savings). The “151/100” option will save £23.5 million and would mean “the deletion” (their words not mine) of 460 station-based posts. If I understand correctly, the remaining £5 million is likely to come from further staff reductions in the years ahead – but this is not clear.

The LFB has decided that it wants to see no change at all to average response times across London.

While one can believe that this might hold true for average times across London, clearly in some locations, it will take longer for a fire engine to get to a fire. As a friend of mine from the US said when I was telling her all this “if your house is on fire, keep some buckets handy”.

The LFB’s report on targets says that while response times need to be looked at at the city level, and it does not organise at the borough level (unlike the police), it understands that the public is concerned about the impact at the neighbourhood level (yeah, no kidding). You can read the (very lengthy) document that explains how this borough-level concern meant that tweaks were made to the model should you wish. Having tried to play down the borough stats, it then cites them to explain how the changes aren’t that bad really (unless you’re in Enfield, which is now half a minute outside the first appliance target). 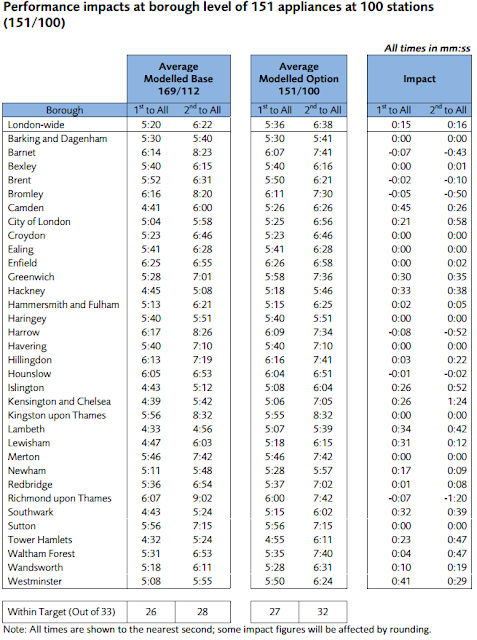 What of these 460 “deleted” jobs? Apparently, the LFB hopes that all of them (!) can be achieved through natural leaver rates and voluntary redundancies. Seems optimistic.

Members of the London Fire and Emergency Planning Authority will discuss the plan on Monday 21 January at 1400. A final decision on the plan is expected to be made at the Authority meeting on 20 June, following a public consultation. Here’s a full list of documents relating to station closures, performance statistics and the number of cats stuck up trees.

My two cents: everyone should want public services to run efficiently and effectively, and reassessing the needs of the population every so often is going to lead to sensible changes in coverage. Nevertheless, the numbers here are clear – response times are going to rise on average in London. Not by much, I accept, and from what is, by national standards, already a fast time. But still, it’s an increase. Obviously, no country has limitless funds and trade-offs between costs and public safety are inevitable – it just seems that the balance is tipping inexorably (and one feels irrevocably) in favour of cost. One also wonders whether as much time is going into the effort to close corporation tax loopholes worth billions as it has in the quest to save £25 million off the fire brigade’s budget.

Last night around 4.30pm, smoke was spotted seemingly coming out of the ground outside Sainsbury’s on West End Lane in West Hampstead.

About the same time, a few businesses and residents across the road reported a power cut. Perhaps unsurprisingly it turned out the two were related. Apparently there was a small electrical fire in the cabling that runs under the street (some reports said TV cable), and this was causing smoke to rise quite dramatically from West End Lane.

The fire brigade arrived pretty quickly – not exactly a long way for them – and the fire was extinguished, but it was quite some hours before power was restored to parts of West End Lane.

Wayne Nixon captured some of the drama on video. 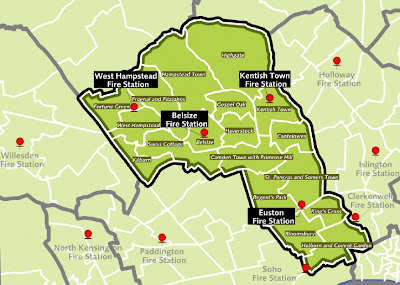 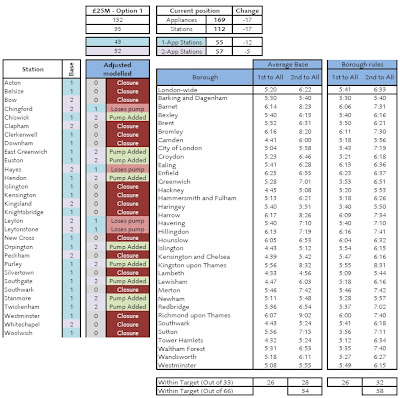